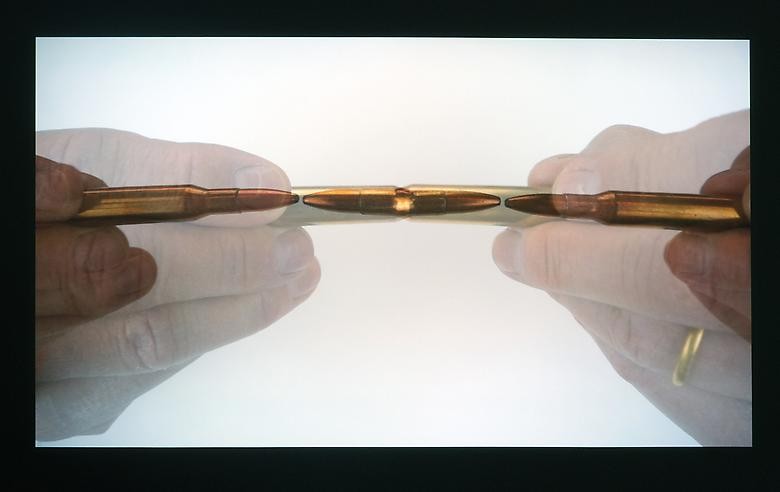 Sperone Westwater announces Bruce Nauman’s eleventh solo show at the gallery since 1975. “Some Illusions: Drawings and Videos” includes new unique videos and suites of related drawings. These works have evolved both literally and figuratively from Nauman’s major video For Beginners, presented at Sperone Westwater in 2010, in which the artist’s hands perform a systematic set of finger movements in response to his own verbal instructions. The new videos transform seemingly simple actions and signs into ambiguities, absurdities, and in some cases optical illusions. On the left is a still from the 2013 video Pencil Pick-Up / Mr. Rogers.

Among the drawings is a suite of nine silverpoints, a particularly noteworthy and distinctive technique first used by Medieval scribes on manuscripts and subsequently favored by artists in the 15th and 16th centuries. Rarely do contemporary artists employ this rigorous and unforgiving technique. There are also two series of graphite drawings which depict hand gestures, combinations of thumbs and fingers -- body references and fragments which have characterized the artist’s practice since the ‘60s.
www.speronewestwater.com