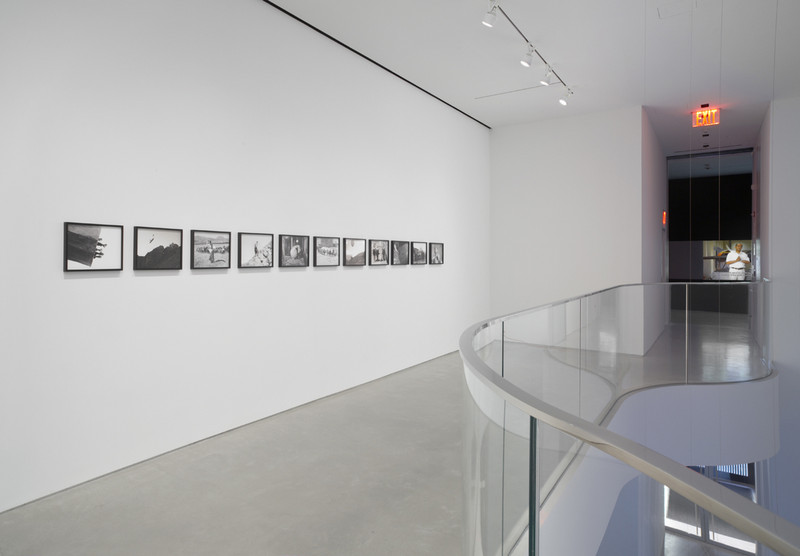 New York, NY: Sperone Westwater is pleased to announce its representation of artist Kutlug Ataman and his first solo exhibition at the gallery. Ataman returns to New York after eight years of working intensively in Europe and the Middle East. In much of his recent work, he casts his gaze on the history and modernization of Turkey, his native country. Kutlug Ataman: Mesopotamian Dramaturgies, on view 1 November through 22 December 2012, will include four important video installations from the artist’s latest series.

Mesopotamian Dramaturgies (2009-2011) revisits the recent history of Mesopotamia -- the "cradle of civilizations" that has witnessed the birth of many cultures and nations -- to focus on the tension between tradition and modernization. Ataman's interest in the representation of the individual or the collective through narrative widens to the concepts of history and geography, and to the way a nation forms and stages its own narrative. In speaking about the series, Ataman says:

I remain very interested in our constructs; how we construct our narratives, but I have moved from people to community -- how groups of people create their own common mythology, how we construct our knowledge of history and geography, how we rewrite each other's stories and how these stories are imposed in cultures.
Mayhem (2011) is about the destruction of old structures in order to create new ones, and was made at the dawning of the Arab spring. Ataman uses water as his main subject not only for its cleansing symbolism, but also for its destructive force. Mayhem is a multi-screen video sculpture that can be viewed from both outside and from within.

Journey to the Moon (2009) depicts the activities of inhabitants of a remote village in eastern Anatolia who reportedly set off for the moon on board a minaret transformed into a spaceship. This entirely fictional story is set in 1957, around the time of the Cold War space race. Using a sequence of black and white still shots, 'fabricated evidence', and a scripted voiceover, this footage is juxtaposed with interviews by contemporary Turkish scholars who comment on the topics addressed in the story. Ambiguously suspended between reality and artifice, Journey to the Moon alternates these two narrative levels in a structure similar to that of investigative television reports, where the opinions of experts lend depth to the documentary materials.

In English as a second language (2009), Ataman projects a film of two Turkish schoolboys reciting "nonsensical" English poems by Edward Lear, hampered by the difficulty of a newly-acquired language and the absurdity of the text they are reading. This work is complemented by The complete works of William Shakespeare (2009), in which the entire folio of works by Shakespeare, painstakingly hand-transcribed by the artist, are projected as a scrolling image, alluding to the notion of the book as a source of enlightenment. Both works refer to the complexities of a country finding its place in a globalized world in which English is the lingua franca.

Born in 1961 in Istanbul, Ataman lives and works in London, Islamabad and Istanbul. He is the recipient of the 2004 Carnegie Prize, awarded for the work Küba (2004), originally commissioned by ArtAngel, London and exhibited at the 54th Carnegie International; Museum of Contemporary Art, Sydney; and Thyssen-Bornemisza Art Contemporary, Vienna. Recent solo exhibitions include The National Museum of 21st Century Arts, Rome (2010), a mid-career retrospective at Istanbul Modern (2010-2011), and ARTER, Istanbul (2011). Ataman's works have been shown at many international exhibitions including the Istanbul Biennial (1997, 2003, 2007, 2011), the Venice Biennale (1999), the Berlin Biennale (2001), the Sao Paulo Bienal (2002, 2010), and Documenta 11 (2002), as well as the Tate Triennial (2003).
www.speronewestwater.com