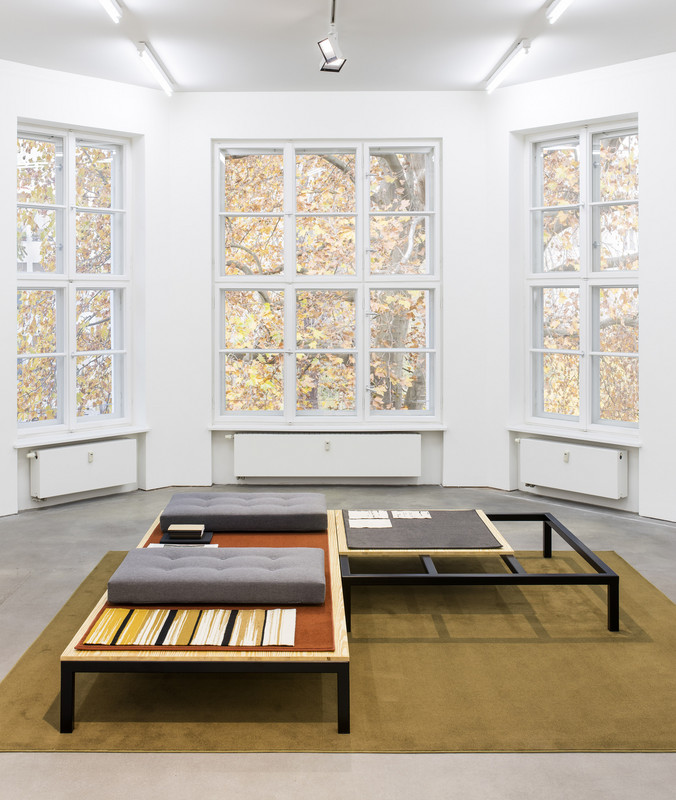 Over the last 25 years I have developed a practice in which spaces, objects, and acts of living all intertwine within a single ongoing investigation into what it means to exist and participate in our culture today. “How to live?” and “what gives life meaning?” are core issues in both my personal life and my artistic practice. Answering these questions has often entailed the examination of social norms, values, hierarchies and categories, which are all highly articulated human constructions that are oddly meaningful and somewhat arbitrary at the same time.

My newest works are still grounded in this examination of life and living; however, they are less traditionally functional, and instead explore the nature of reality and human perception. As my interests become more fundamental – and existential – the forms themselves have likewise become more simple and elemental.

The physical format that has become essential to this discussion is that of the “panel” (which could also be interchangeably described as a “plane” or a “field”). Every “planar” element in our surrounding physical reality that is flat and has straight edges has been manmade – consider plywood, sheetrock, printer paper, a tabletop or even a bath towel. Our constructed world is entirely made up of these planes or panels, making them the perfect amorphous shapes possessing the ability to slip between categories and social roles. I believe that such panels exist both literally and psychologically – slipping between different fields of reality can be as banal as turning pages in a magazine, each page representing a different reality, or as physical as standing next to a wall that literally frames and segregates our experiences, making what we see on one side usually very different than what we see on the other side.

The works at Sprüth Magers present a selection of my recent explorations into planar forms. Some works in the exhibition combine hand-woven textiles with thick aluminum panels coated with black, high-gloss automotive paint. Within such works, each panel, with its independent form and aesthetic, has the potential of representing an isolated field of reality. Overlapping planes can even be experienced as two parallel realities (for instance, the weavings are a product of an artisanal craft, whereas the metal sheets are the result of industrial mass production).

The two sculptures in the exhibition are functional environments that can be engaged with on formal, conceptual, and physical levels. Bench (after Judd) is a homage to Bench, a work made by the American minimalist sculptor Donald Judd for his residence and studio on Spring Street in New York. I’ve continued working out variations on this furniture work as I’ve been fascinated by the way that Judd’s bench conflates (and confuses) the surfaces of the ground, the sitting surface, and the table.

Planar Partition is a structure generated by both vertical and horizontal rectangular panels in various materials that are lifted from both furniture and architecture. This work creates space to be experienced by the body as well as read by the eye, using tangible negative and positive space, and familiar surfaces and proportions. I’ve been working with the preconception of horizontality as functional space and verticality as a more visually considered type of space – life occurs on tables and beds while paintings are viewed and thought upon – and within this context Planar Partition questions these inherent hierarchies.

If my practice asks the question “how to live?” then these works propose that we become aware of the highly constructed nature of our chosen realities – whether architectural, environmental, or societal.