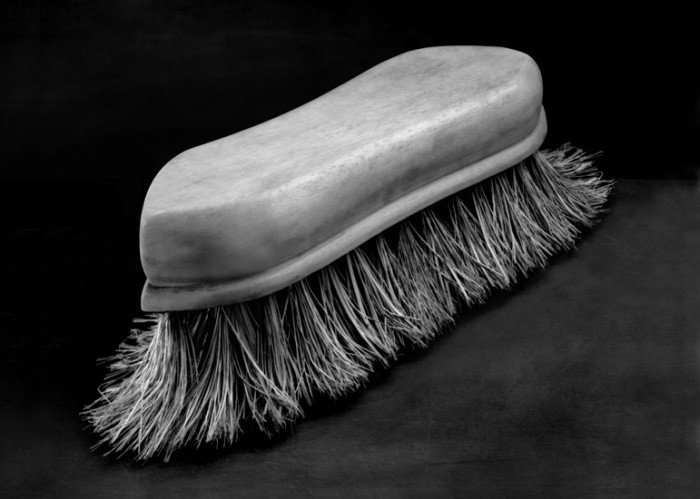 Sprüth Magers Berlin is delighted to present an exhibition of works on paper by celebrated American artist Robert Therrien. Offering an illuminating counterpoint to his acclaimed practice as a sculptor, these delicate works reveal the charming and elegant, often fantastical and sometimes menacing qualities that run through the entire body of Therrien’s art.

Therrien’s works on paper are often designated as drawings, yet they encompass and sometimes fuse together a range of media, including drawing, printing, painting, collage and photography. They are largely characterised by presenting recurrent motifs as simple yet striking forms, and allowing them to float unanchored within the surface of the paper. Demonstrating Therrien’s longstanding interest in cartoons and graphic visual culture, his images are defined by a softness of line and an appealing vibrancy which engage and intrigue the viewer, as they rest without context but are nonetheless curiously animated.

The motifs and images which Therrien deploys in his work are often drawn from everyday experience, and reveal a fascination with the magical and sometimes sinister potential of ordinary things. Clouds and faces, dishes and windows, animals and furniture all become charged with an unsettling energy, rendering them with the same sense of strange wonder realized in Therrien's sculptural and installation pieces. Other motifs, sometimes mythic (such as devils) and sometimes abstract (such as dots) also abound, but nonetheless instill a similar sense of curious disquiet and quiet amusement. Taken collectively, these works on show reveal that Robert Therrien’s is a playful practice, an often ironic art which appeals simultaneously to the awesome and the uncanny. Tapping into a wide range of traditions within visual culture, from surrealism to still life, his work consistently provokes responses that can be sometimes unnerving but also often strangely likeable.

Sprüth Magers Berlin will also be concurrently hosting an exhibition with works by Richard Artschwager and presenting works by Robert Elfgen.