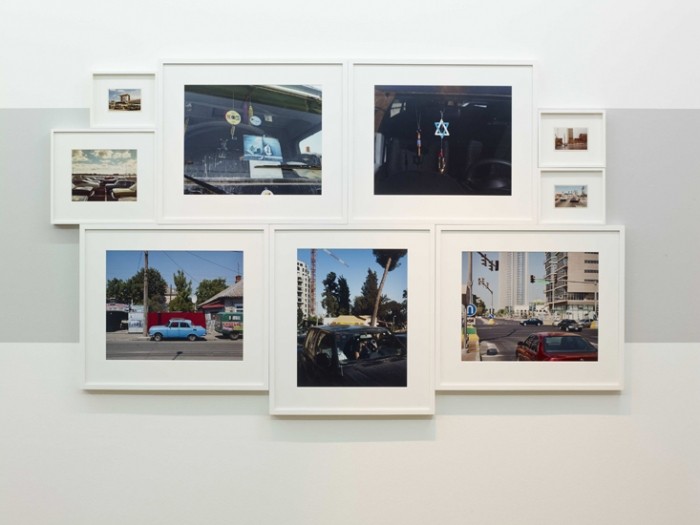 Sprüth Magers London is delighted to present an exhibition of work by American artist Stephen Shore, in his first solo show in London for over six years. Taking its title from composer and philosopher John Cage’s Lecture on Something and Lecture on Nothing, a reference to the artist’s search for beauty in the everyday, the exhibition will celebrate a career that spans over four decades, bringing together 65 photographs, including vintage works from the artist’s seminal series American Surfaces (1972-3) and Uncommon Places (1973-79), displayed for the first time alongside works from the recent series Abu Dhabi (2009), Israel (2010) and the never before exhibited series Ukraine (2012).

Stephen Shore’s photographs of ordinary America have had an extraordinary impact on photography as an artistic practice. The artist set the standard for colour photography of the social landscape in his best known bodies of work American Surfaces and Uncommon Places, pioneering two of the most important photographic idioms of the past forty years; the diaristic snapshot and the monumentalised landscape. Shore’s art of pictorial composition and handling of colour, light and shadow also spurred interest in colour photography and for the first time gave it an unchallengeable status as a genuine artistic medium. In 1972 Shore embarked on his first road trip around America, focusing his camera on the immense diversity of the suburban landscape; anonymous intersections, residential architecture, uniform drive-by diners, generic motel rooms and monotonous gas stations. Embracing the work of the Conceptual artists of the 1960s who adopted the photographic medium as a tool to make systematic, often compulsive explorations of locations, Shore too began to assemble a sequential visual record of his travels in which the singular photograph was only significant in terms of its place in the series. His images are now seen as classic Americana; culturally rich snapshots showing the tempo, palette and artifacts of the time and place. The artist’s recent works in both digital and film, illustrate a continued interest in documenting the social landscape. In images captured during his visits to Israel, Abu Dhabi and Ukraine in the last four years, Shore's photographic eye similarly directs us to markers of time and of change, capturing the quotidian, a sense of locality and signs of cultural and temporal drift.

The exhibition at Sprüth Magers London approaches Shore’s oeuvre taxonomically; the images organized categorically rather than chronologically, by subject matter rather than series. Works from the artist’s early and recent series are removed from their original groupings and arranged side by side in an exhibition context for the first time, identifying an ordered criteria and an aesthetic approach which has remained largely unchanged over time and location. Individual portraits of relatives, friends and strangers are a recurring motif, taken on the move, in quick, glancing takes, with an indifferent focus, encompassing the artist’s sensory experiences but avoiding narrative and emotion. These are not studied portraits; Shore overlooks the three-dimensionality of the characters, instead presenting people as cultural artefacts. Images of roads and intersections also appear in each series on show, capturing vernacular culture by way of shop signage, civic and domestic architectural details, pedestrians, vehicles and billboards.

A further assemblage of images reveals Shore’s interest in not just the commercial world, but its private counterpart; local consumer tendencies and tastes. His images marvel at the products available, studying articles and items people chose to buy, collect and display. These still lifes reveal a taste for the artifact, ersatz decoration and relics of domestic life; a student identity card placed by a telephone, a bookmarked novel, overturned on a table or a thumbed newspaper, left folded on the corner of a chair. Seeking to show objects in their ordinariness, Shore does not so much narrate in the image as provide the evidence for the audience to construct their own narrative.

Stephen Shore has been a recipient of a number of major awards over the course of his career, including the John Simon Guggenheim Memorial Fellowship in 1975 and the National Endowment for the Arts Fellowship in 1974 & 1979. The artist was awarded the ‘Kulturpreis’ from the Deutsche Gesellschaft für Photographie (DGPh) at the NRW-Forum in 2010. Since 1982 he has been the Director of the Photography Program at Bard College in New York State.
www.spruethmagers.com