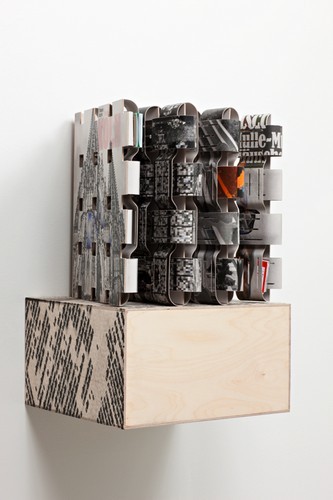 "You know," I said, "among all the excellent features of our ideal state, there’s none I rank higher than its treatment of poetry."
"Why exactly?"
"Because it excluded all dramatic representation. Now that we have distinguished the various elements in the mind, we can see even more clearly how essential it is to exclude it."
"What do you mean?"
"Between ourselves – and you mustn’t give me away to the tragedians and other writers of the kind – such representations definitely harm the minds of their audiences, unless they’re inoculated against then by knowing their real nature."
"What exactly have you in mind?"
"I must tell you, I suppose; yet the love and respect I’ve always had from a boy for Homer makes me hesitate – for I think he’s the original master and guide of all the great tragic poets. But one must not respect an individual more than the truth, and so, as I say, I must tell you."
"You must", he said
"Listen then; or, rather, answer my questions."
"Ask away."
"Can you tell me in general terms what representation is? I’m not sure that I know, myself, exactly how to describe its purpose."
"Then it’s not very likely I shall!"
"Oh, I don’t know," I said. "It isn’t always the sharpest eyes that see things first."
"True enough," he replied. "But with you here, if I did see anything, I shouldn’t much want to say so. You must use your own eyes."
"Then shall we start by following our usual procedure? You know that we always postulate in each case a single form for each set of particular things, to which we apply the same name?"
"Yes, I know."
"Then let us take any set you choose. For example, there are many particular beds and tables."
"Yes."
"But there are only two forms, one of bed and one of table."
"Yes."
"Then we normally say that the maker of either of these kinds of furniture has his eye on the appropriate form when makes the beds and tables we use; and similarly with other things. For no craftsman could possibly make the form itself, could he?"
"No."
"Well now, I wonder what you would call a craftsman of the following kin."
"Describe him."
"One who can make all the objects produced by other particular crafts."
"He would be a wonderfully clever man."
"Just a minute, and you’ll be more surprised still. For this same craftsman can not only make all artificial objects, but also create all plants and animals, himself included, and, in addition, earth and sky and gods, the heavenly bodies and everything in the underworld."
"An astonishing exhibition of skill!" he exclaimed.
"You don’t believe me?" I asked. "Tell me, do you think that a craftsman of this sort couldn’t exist, or (in one sense, if not in another) create all these things? Do you know that there’s a sense in which you could create them yourself?"
"What sense?"
"It’s not difficult, and can be done in various ways quite quickly. The quickest way is to take a mirror and turn it round in all directions; before long you will create sun and stars and earth, yourself and all other animals and plants and furniture and the other objects we mentioned just now."
"Yes, but they would only be reflections," he said, "not real things."
"Quite right," I replied, "and very much to the point. For a painter is a craftsman of just this kind, I think. Do you agree?"
"Yes."

Gardar Eide Einarsson, b. 1976 in Oslo, lives and works in Oslo, New York and Tokyo. His recent solo exhibitions include the Modern Art Museum, Fort Worth, TX; the Kunstverein in Frankfurt, Germany; and the Centre d’Art Contemporain in Geneva. Other earlier exhibitions include Palais de Tokyo, Paris (2007 and 2009); The Sculpture Center, New York (2007); PS1 MoMA, New York (2006), Kunsthalle Bern, Bern (2006); Stadtische Galerie im Lenbachhaus, Munich (2006); and Witte de With, Rotterdam (2006). Parallel to the exhibition at STANDARD (OSLO) will be a solo exhibition of Einarsson’s works at the Astrup Fearnley Museum of Modern Art, Oslo (May 6th through August 29th, 2010). A catalogue will accompany this survey show which will then travel throughout the Nordic countries.
www.standardoslo.no