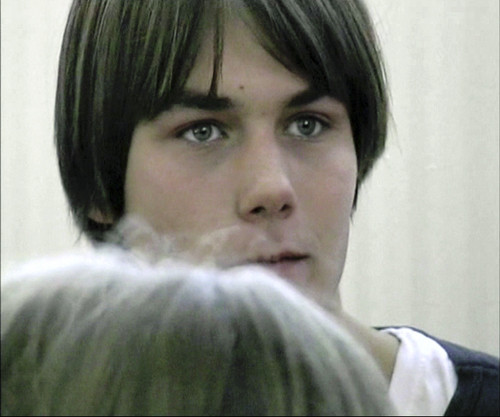 "Impartiality to the utmost, equal treatment of competing and conflicting issues is indeed a basic requirement for decision-making in the democratic process – it is an equally basic requirement for defining the limits of tolerance. But in a democracy with totalitarian organization, objectivity may fulfil a very different function, namely, to foster a mental attitude which tends to obliterate the difference between true and false, information and indoctrination, right and wrong. In fact, the decision between opposed opinions has been made before the presentation and discussion get under way – made, not by a conspiracy or a sponsor or a publisher, not by any dictatorship, but rather by the 'normal course of events', which is the course of administered events, and by the mentality shaped in this course. [...] The result is a neutralization of opposites, a neutralization, however, which takes place on the firm grounds of the structural limitation of tolerance and within a preformed mentality."
Herbert Marcuse: Repressive Tolerance, 1965

"Despair, like the absurd, has opinions and desire about everything in general and nothing in particular. Silence expresses this attitude very well. But from the moment that the rebel finds his voice – even through he says nothing but "no" – he begins to desire and to judge."
Albert Camus: The Rebel, 1951

"Copenhagen residents were growing weary of street clashes yesterday after dozens of people were arrested in a third night of unrest. The riots began when an anti-terror squad evicted squatters from the so-called Youth House, a graffiti-sprayed building that for years has served as a popular cultural centre for punk rockers and leftwing groups. Protesters threw stones at police and set fire to bins and barricades, but the violence did not develop into the full-scale riots of the two previous nights. In all, 643 people have been arrested since the clashes started on Thursday."
The Guardian / AP Copenhagen, Monday 5th of March 2007
-----
The exhibition "The Routines of Resistance" combines one work by each of the three participating artists – Ibon Aranberri (b. 1969, Bilbao), Johanna Billing (b. 1973, Stockholm) and Marius Engh (b. 1974, Oslo) – equally reflecting on models of resistance and on resistance as non-productive repetition or administration. These works locate certain enterprises and systems of behaviour in civil society that serve as reminders of alternatives to common regulations – spanning from soft subversions of public space (where street vendors contest the official economy by running their business from unauthorised sales points, selling bootleg products and dodging tax) to the ideologically motivated drafting of manifestos and planning acts of political resistance. Linked with this is an element of resignation; knowing that any position or opposition is subject to neutralization, or that any dissidence or attempts at radical change may be reduced to mere traces, relics and rituals.