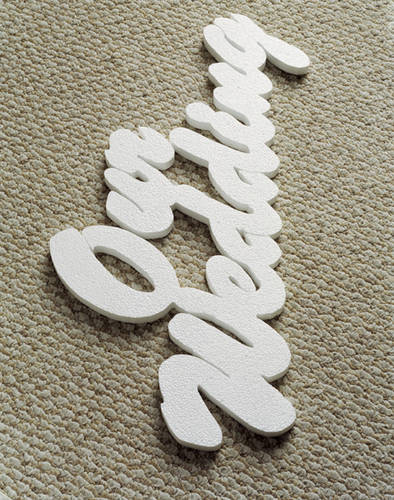 STANDARD (OSLO) is pleased to announce a solo exhibition of Torbjørn Rødland's works, his first in Oslo since 2003. After recently having added five video works to his production, "More Whenever Minutes" sees Rødland return to a concentration on his photographic works. Three large-scale photographs compose the exhibition, but still the relationship between them is left negotiable.

In a discussion of his work with James Blue in 1973 the Italian film director Roberto Rossellini claimed: "I don’t want to seduce, I don’t want to persuade. I want to offer". The same open-minded approach and open-ended set of readings may apply to Torbjørn Rødland's exhibition. The three works on display do not claim to constitute a consistent line of thought, but are rather formally integrated by a shared sense of flatness and muteness. First image: a frontal view rendering of a forest with bulging, deformed tree trunks. Second image: the Statue of Liberty seen from the side with her arm almost entirely concealing her head. Third image: a piece of wedding decoration – a white Styrofoam text reading "Our Wedding" – placed on a wall-to-wall carpet. Equally appropriating images of symbolic status and scenes of seemingly no importance, Rødland gathers his material from amateur photography as well as popular visual culture. Always adding or subtracting meaning, these images appear both recognisable and eerie.

Looking more closely at the photograph of the Statue of Liberty it seems less likely that the photograph depicts the monument in the New York harbour. Rather, Rødland provides us with a displaced and, thus also, de-monumentalized copy. Equally, the title – "Untitled (Illness)" – indicates that the transformations seen in the forest tableaux are caused by a viral intrusion. This mutation is echoed in the title of the neighbouring work, "The Coming Together of Opposites". Rødland quotes the philosopher Roland Barthes' The Pleasure of the Text (rather than his celebrated survey on photography, Camera Lucida) as a description of and defence for the work method involved. The three photographs spring out of the joy – by what Barthes refer to as 'perversion' – of image making and imagining of the plural: "The pleasure of the text does not prefer one ideology to another. [...] The text, its reading, are split. What is overcome, split, is the moral unity that society demands of every human product". Opposing this same specificity, Rødland attempts at releasing the images of any ideological or instrumental use. As suggested in the title "More Whenever Minutes" the cruciality of the photographic moment is downplayed, as is the dependency on a vernacular to support the works.

Torbjørn Rødland (b. 1970) has exhibited extensively in Europe at venues such as the Centre Pompidou, Paris; the 48th Venice Biennale, Venice; Moderna Museet, Stockholm; Astrup Fearnley Museum of Modern Art, Oslo; Air de Paris, Paris; and Stedelijk Museum, Amsterdam. His most recent solo exhibitions include 132 BPM, PS1 MoMA, New York and Fantasies Are Facts, Kodama Gallery, Tokyo (both 2006). Throughout the course of the exhibition Rødland's works can also be seen in the exhibitions Hello, I'm Crashing at Salon 94, New York, Rock'n'Roll vol. 1 at Norrköpings Konsmuseum and Dreamlands Burn at Kunsthalle Budapest.