When do you see yourself in ten years? 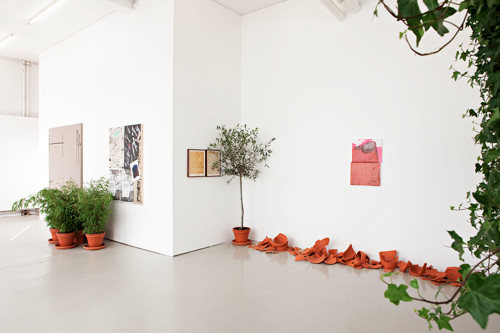 "WHEN DO YOU SEE YOURSELF IN TEN YEARS?"

14 Sentences on growing bamboo and 1 paragraph on painting:

1.) When bamboo flowers it dies!
2.) There are two general patterns for the growth of bamboo: "clumping" (sympodial) and "running" (monopodial).
3.) The empty hollow in the stalks of larger bamboo is often used to cook food in many Asian cultures.
4.) Bamboo can be cut and laminated into sheets and planks.
5.) Bamboo trees are also the fastest growing trees in the world.
6.) If you are a beginner you probably should try to find a bamboo nursery somewhere near you.
7.) Bamboo seeds are not readily available and there is no organized method for distributing them when a variety of bamboo does come into flower.
8.) Some bamboos do better in full sun, others in full shade.
9.) Bamboo flowers only rarely, (sometimes there’s more than a person’s lifetime between flowerings) and when it does, it takes so much energy from the plant it often dies.
10.) If bamboo has been planted without a barrier and is now growing where you don’t want it, you have several choices.
11.) Clumping bamboo is not invasive and will maintain a tight cluster of canes that will spread only a few inches per year rather than the 3 - 5ft that running bamboo spreads per year.
12.) The physical properties of bamboo make it a wonderful resource for craft work.
13.) Most craftspeople harvest bamboo when it is between two and five years old.
14.) A very thorough review of bamboo preservation techniques is covered in the Bamboo Preservation Compendium written by Dr. Walter Liese and Dr. Satish Kumar.
15.) “Such a painter makes problems for himself, of course. He will most likely be a fearsome mixture of hedonist and Puritan, and puritanical above all about the possibility of repeating himself, and leaning on his skills. He will have an infuriating habit of not understanding how good he has been at certain moments; he will not understand that trying to reproduce one's own classic style is no sin [sic], because the attempt will always fail and give rise to further variations.”*