A Year at The Stedelijk: Tino Sehgal 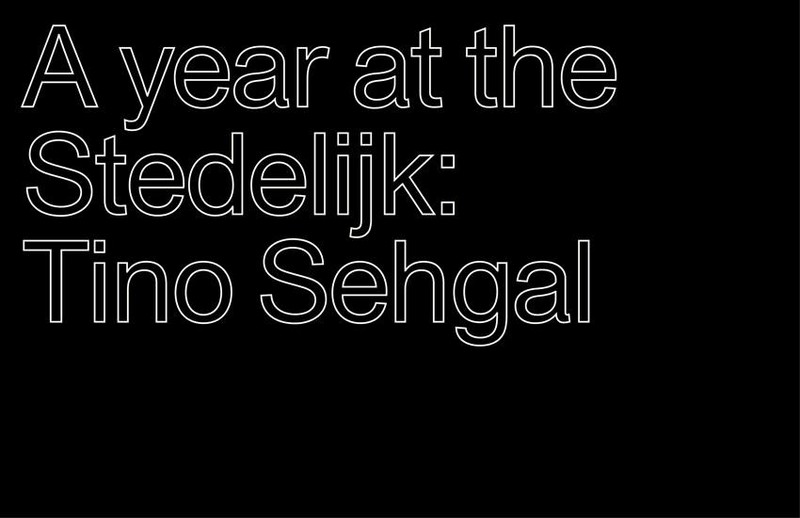 In 2015 the Stedelijk presents the first major survey of the German/British artist Tino Sehgal. The overview unfolds in 12 months and 16 chapters. The Stedelijk Museum will present the live work of this radical artist nonstop for 365 days, from opening to closing time.

Conceived as a consecutive series of twelve presentations, the exhibition features different work or 'situation' from Sehgal’s oeuvre each month, enacted in a different gallery space.

The exhibitions knows a varied 'scenography'. On January 1st, the project started with Instead of allowing some thing to rise up to your face dancing bruce and dan and other things (2000) from the Stedelijk collection.

A Year at the Stedelijk: Tino Sehgal is not only a prelude to a fresh approach to using the building under the new directorship but also an innovative re-envisioning of the exhibition as phenomenon.

The exhibition is curated by Beatrix Ruf and Martijn van Nieuwenhuyzen.

ANN LEE (1- 31 AUGUST)
From 1 to 31 August, we are presenting Ann Lee, a work that has an interesting history. In 1999, artists Pierre Huyghe and Philippe Parreno bought a ready-made manga character with the name Ann Lee. They made various artworks with her, and invited fellow artists to do the same. Sehgal eventually bought the rights to Ann Lee so he could bring her to life in his own Ann Lee (2011). The work is on view in gallery 0.28, together with the video by Philippe Parreno.

Yet untitled was first shown at the Venice Biennal in 2013. For this work, Sehgal received the Golden Lion, one of the most prestigious contemporary art awards.

ABOUT TINO SEHGAL
Tino Sehgal (1976), who originally studied political economics and dance, crossed over to the visual arts in 2000. He achieved international renown for his groundbreaking, experimental work presented at the Venice Biennale, the Documenta in Kassel, in the Guggenheim Museum in New York and Tate Modern in London. The Stedelijk has worked with Sehgal from the outset of his career, presenting his work in 2004 and 2006; the museum acquired his first work in 2005: Instead of allowing some thing to rise up to your face dancing bruce and dan and other things (2000).

For Sehgal, an artwork consists of a live encounter between artwork and viewer. Sehgal does not make objects; he creates ‘situations’ within the museum space, in which interpreters enact choreographed actions and occasionally converse with visitors. These encounters offer the visitor a wholly unique experience of live artwork.
www.stedelijk.nl