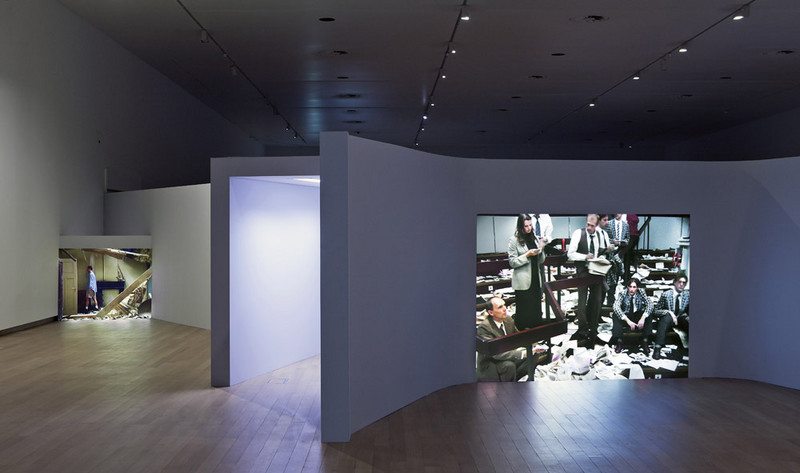 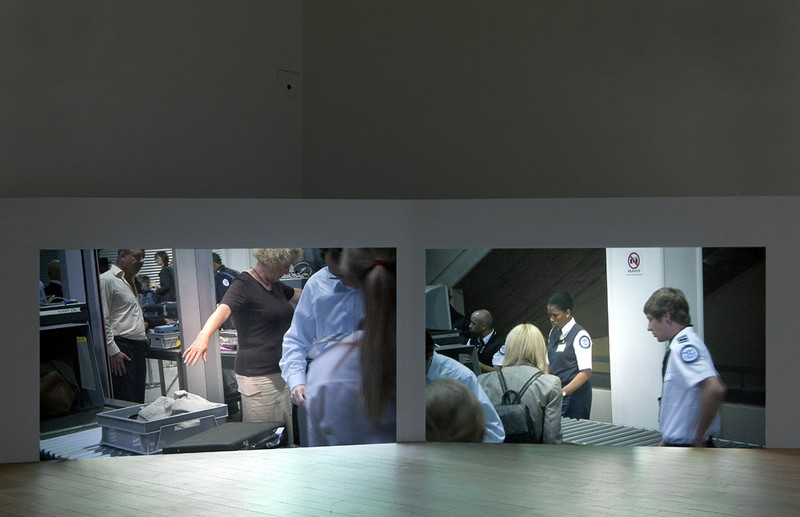 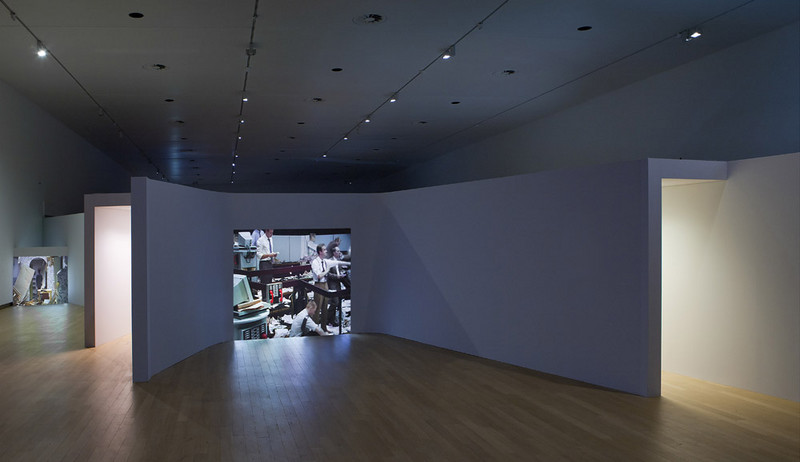 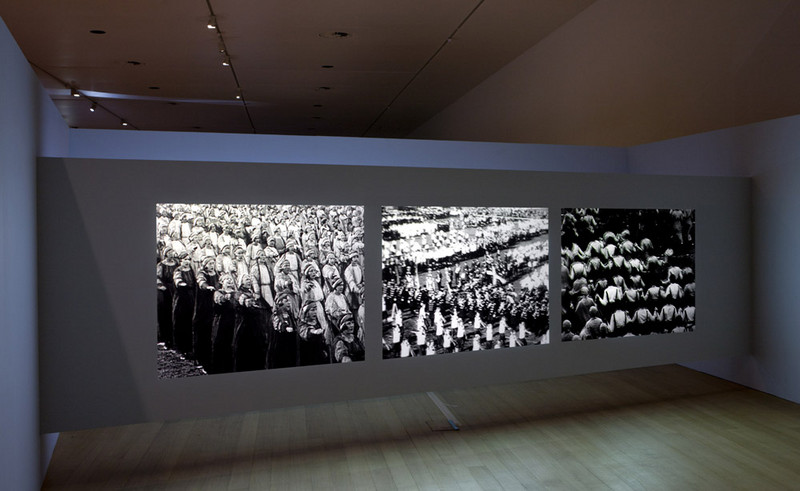 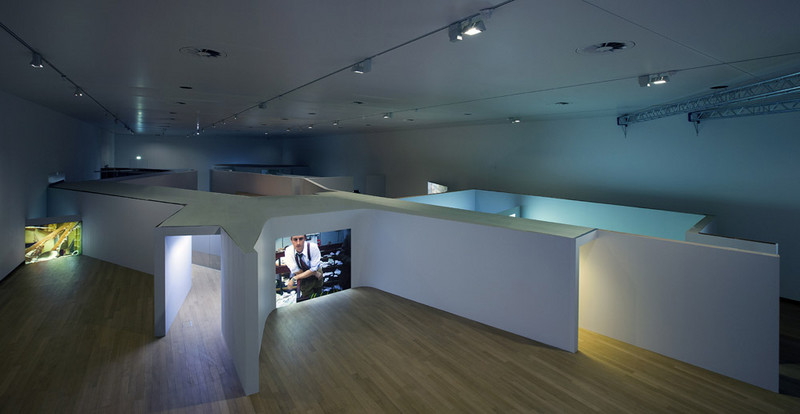 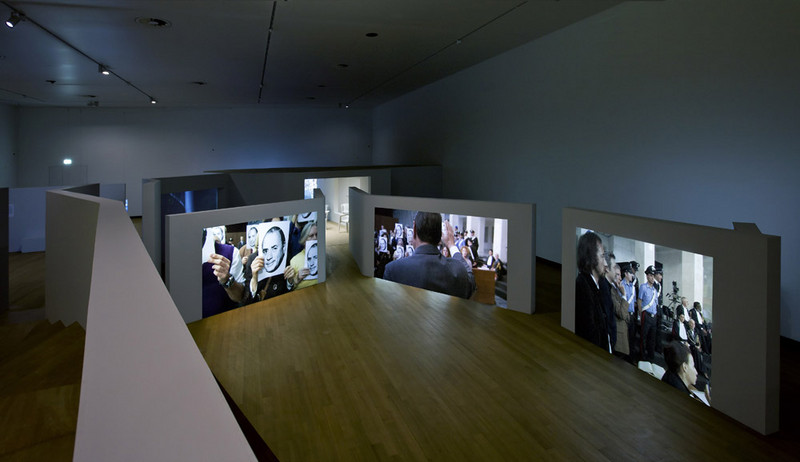 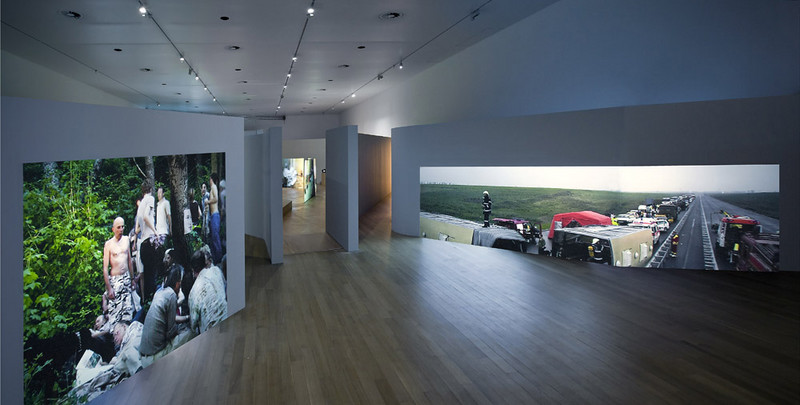 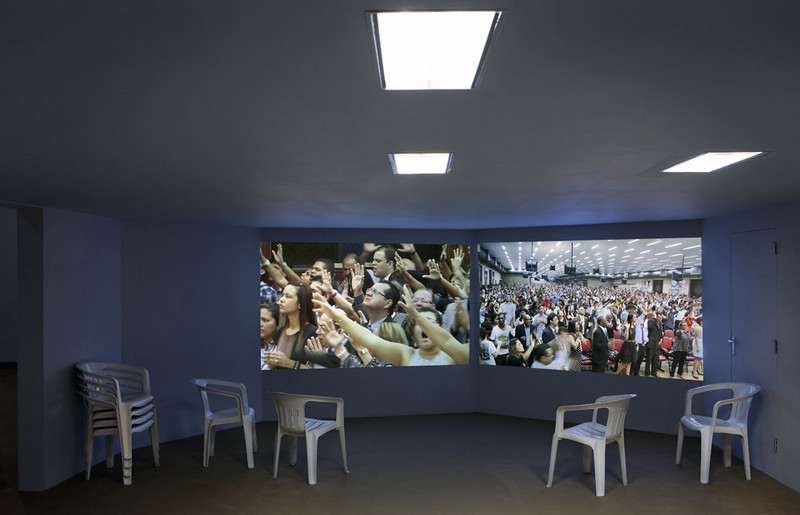 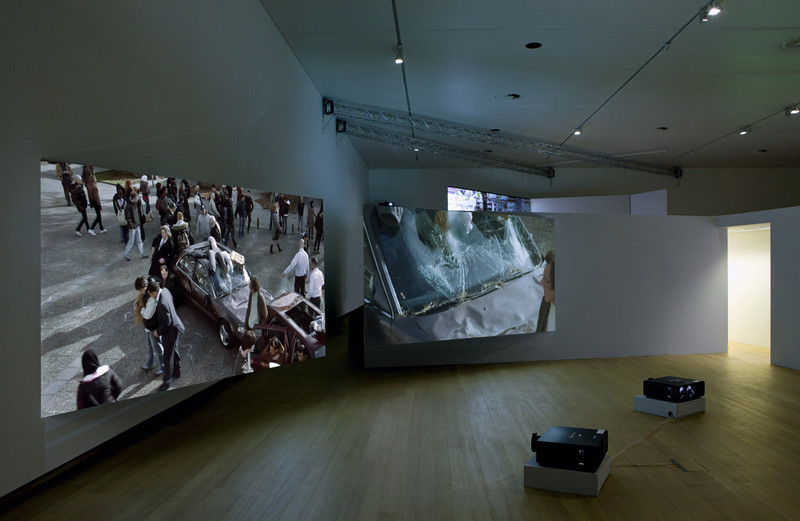 The exhibition "Communitas" by Aernout MIK is on view in the Stedelijk! This is the first comprehensive exhibition of Mik’s work in the Netherlands since 2000, showing Mik’s most important video installations from 1999 to 2013 and is situated in the monumental basement of the museum’s new building. The exhibition was rewarded five stars by three highly respected Dutch newspapers, in which it was described as: “Enchanting video art!” Come and see it soon!

Aernout Mik (b. Groningen, 1962) is widely recognized as one of the most important contemporary Dutch artists working today. Originally educated as a sculptor, Mik has combined architecture, performance, and social commentary in a distinctive, twentyfive- year career that has forged a unique and influential place in the history of art. His work is widely exhibited internationally; his last major survey was presented at the Museum of Modern Art, New York in 2009.

EXHIBITION
Communitas will offer an overview of Mik’s distinctive oeuvre over the past dozen years with a selection of thirteen video installations, all created from 1999 to 2013. It will occupy the vast exhibition space on the lower level of the Stedelijk’s new wing, for which the artist will design a dynamic architectural environment for his video projections. With unerring precision, Mik offers an incisive perspective on the psycho-social state of society today. He references current political and social themes such as economic recession, and global crises, exploring their portrayal in the media.

SHIFTING SITTING
One of the highlights of this exhibition is a recent video work, Shifting Sitting (2011), which was produced especially for this exhibition, in conjunction with the Stedelijk Museum and partners Jeu de Paume in Paris and Museum Folkwang in Essen, Germany. The work centers on the figure of Italian former Prime Minister Silvio Berlusconi and the legal proceedings brought against him for alleged corruption. The scene is set in an imposing Rome courtroom where the roles of judges and public, defendants and witnesses, the powerful and the powerless are constantly shifting, and hierarchies are never stable. Viewers of the video watch as political power, the administration of the law, and the mass media collide and intermingle.

COMMUNITAS
Communitas (2010), filmed at the Palace for Culture and Science in Warsaw, is another key work in this show. As with many of Mik’s videos, viewers see a group of individuals come together, this time in an attempt to organize themselves into a political entity – in the spirit of revolutionary zeal. In the majestic palace with its grand rooms and corridors, excitement mingles with fear, uncertainty and exhaustion.

The architectural staging of Mik’s video works enables the viewer to enter into a physical relationship with the projected scenes. This mode of presentation applies to both his Middlemen (2001) and Park (2002), and to large-scale, complex works such as Osmosis and Excess (2005) and touch, rise and fall (2008). Mik not only stages the action, he also makes works based on “found footage” culled from the archives of international press agencies. The exhibition traces the connection between a documentary video such as Raw Footage (2006) and the wholly-staged video Training Ground (2006), works that both reveal disparate expressions of violence, aggression and social tension. Various forms of performance, theater and documentary strategies are threads that run throughout the exhibition.

AERNOUT MIK & STEDELIJK
The Stedelijk has a long-standing relationship with Aernout Mik. The museum has exhibited his work since the earliest stages of his career, including such shows as Wild Walls in 1995 and the production In Two Minds, a collaboration with Toneelgroep Amsterdam in 2002-2003 in the Stedelijk’s Hall of Honor. In 1997, the Stedelijk produced Mik’s participation in the Venice Biennale, also organized by the current curator, Leontine Coelewij. The Stedelijk’s permanent collection contains a number of his works, including the video installations Kitchen (1997), Softer Catwalk in Collapsing Rooms (1999), Vacuum Room (2005), Raw Footage (2006) and the recent acquisition, Shifting Sitting (2011).

CATALOGUE
The exhibition is accompanied by the publication of an English-language, full-color catalogue, produced jointly by the Stedelijk, Museum Folkwang in Essen, and the publishing company Steidl. The 230-page book provides a complete survey of the artist’s oeuvre since 2000 and contains essays by Irit Rogoff, Steve Klee, Osvaldo Sanchez, Egbert Dommering, Merijn Oudenampsen, Marta Gili, Sabine Maria Schmidt, Leontine Coelewij and others.

Communitas is jointly organized by Jeu de Paume, Paris and Museum Folkwang, Essen, Germany where it was presented in 2011/12.
www.stedelijk.nl