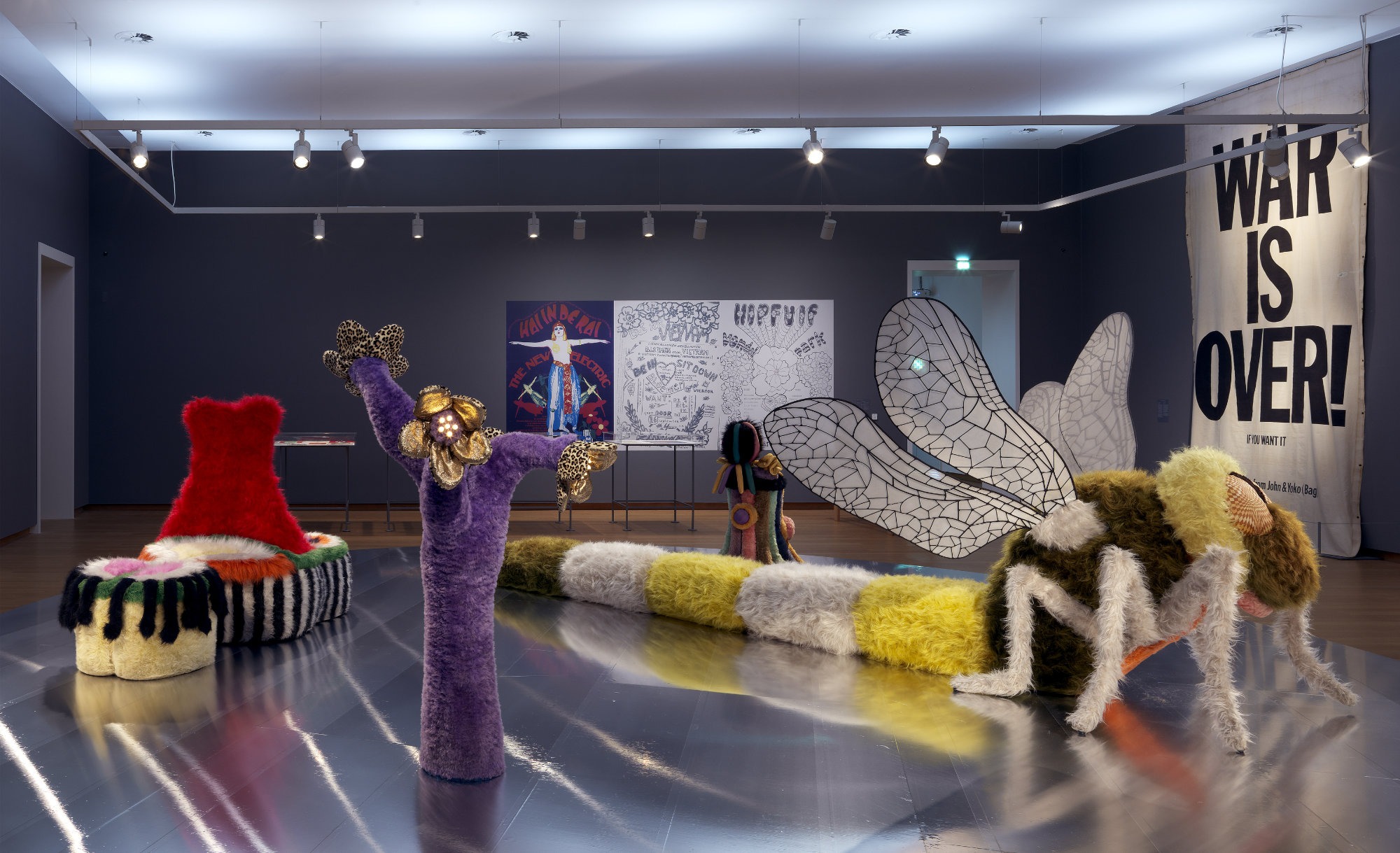 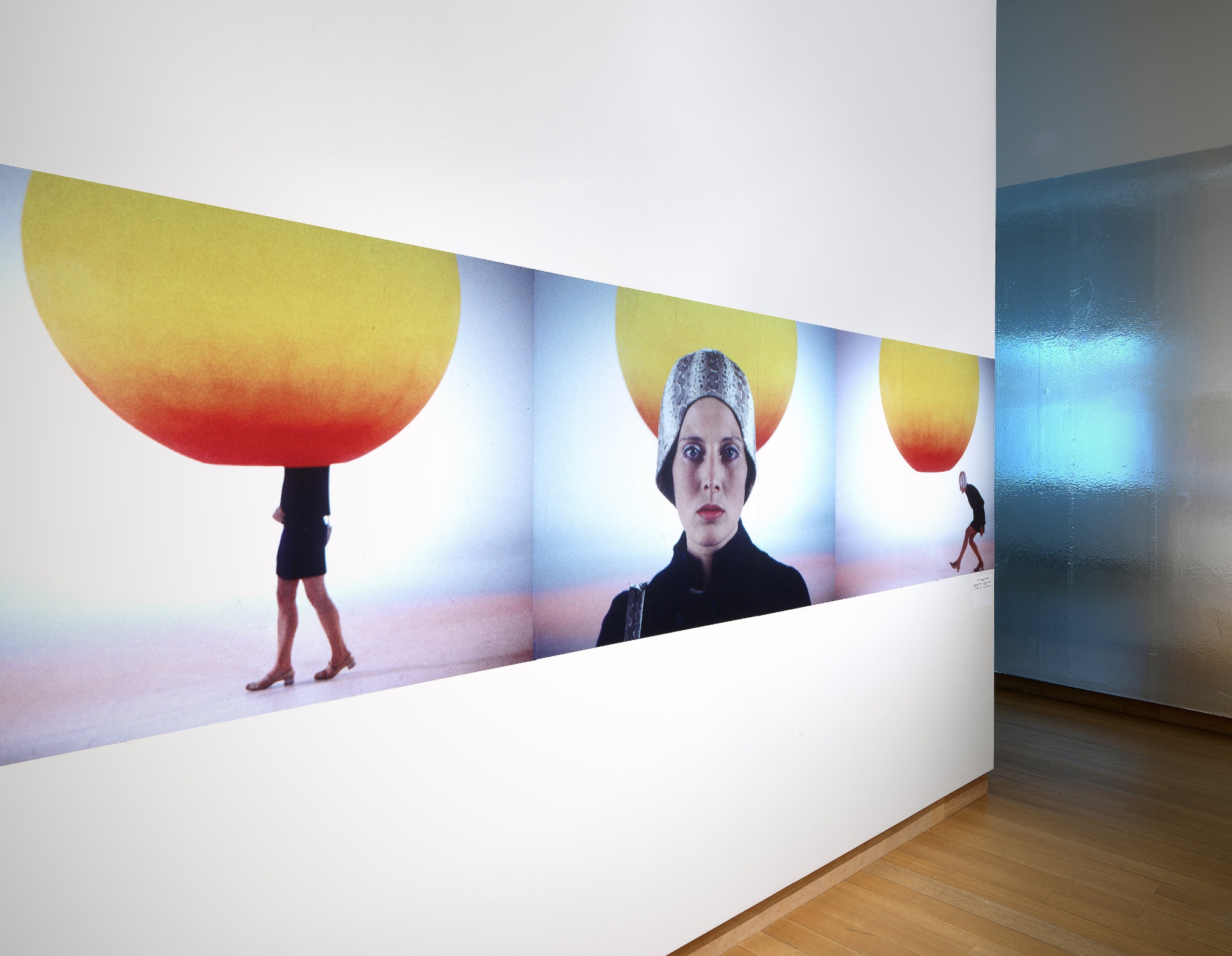 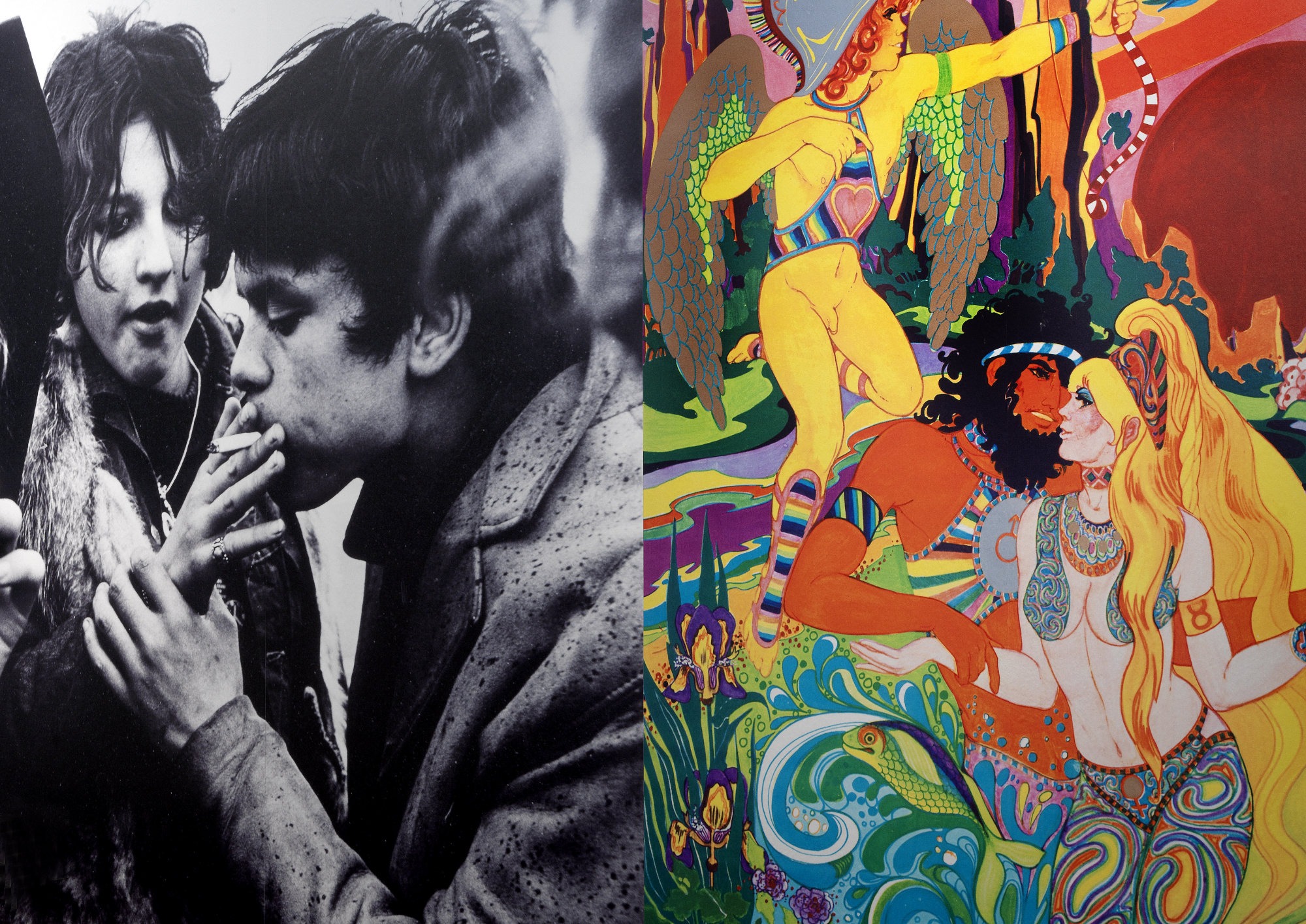 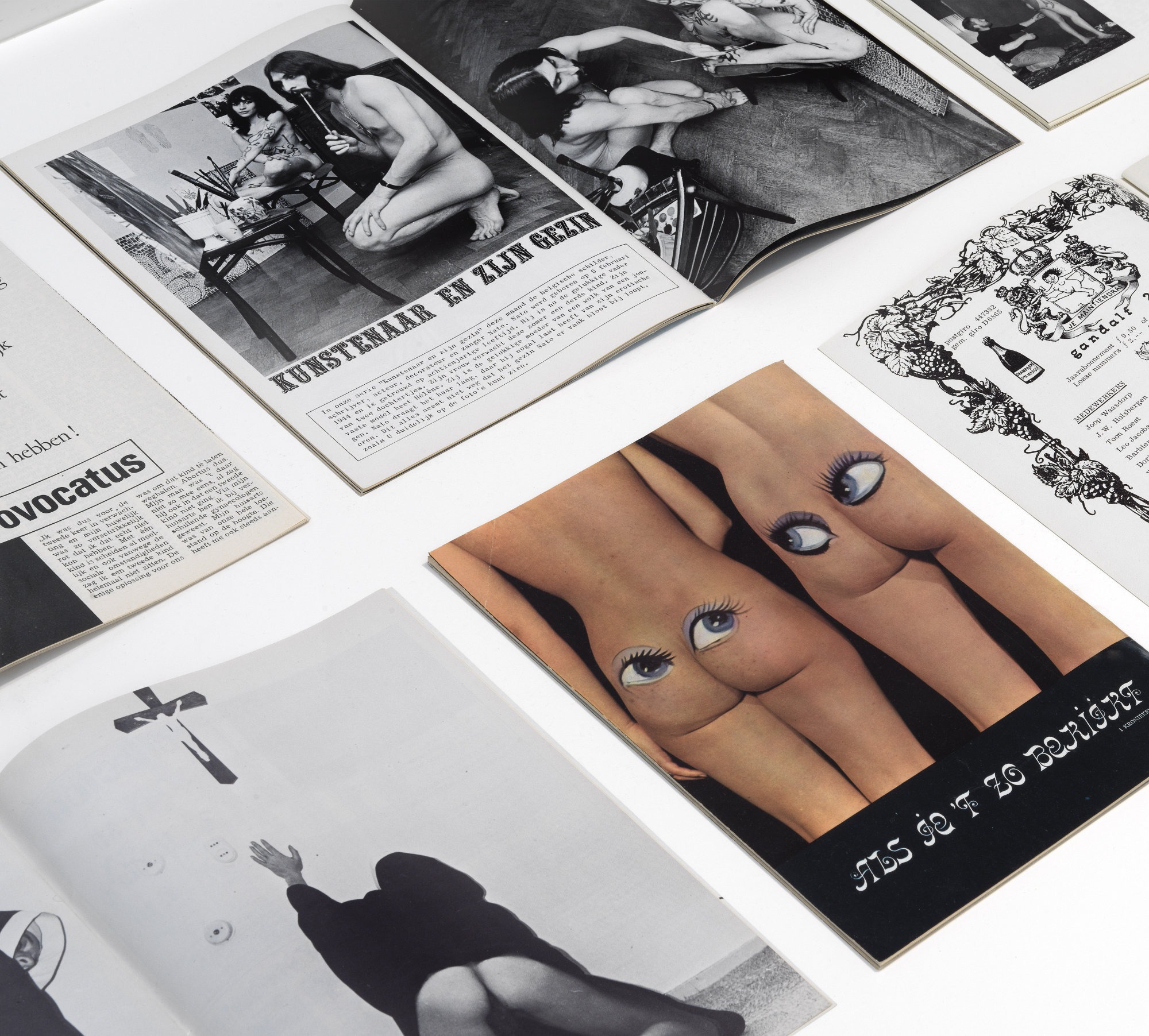 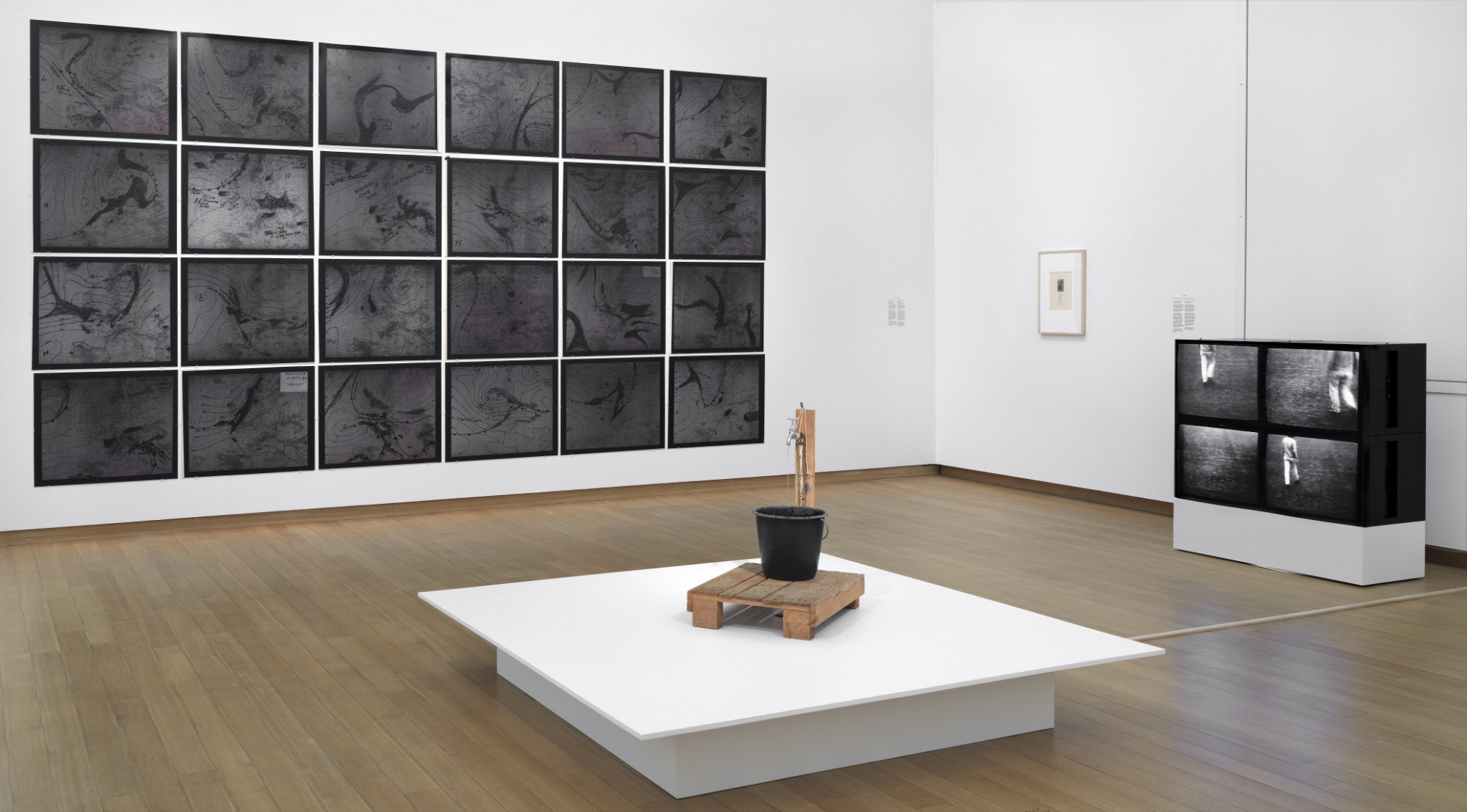 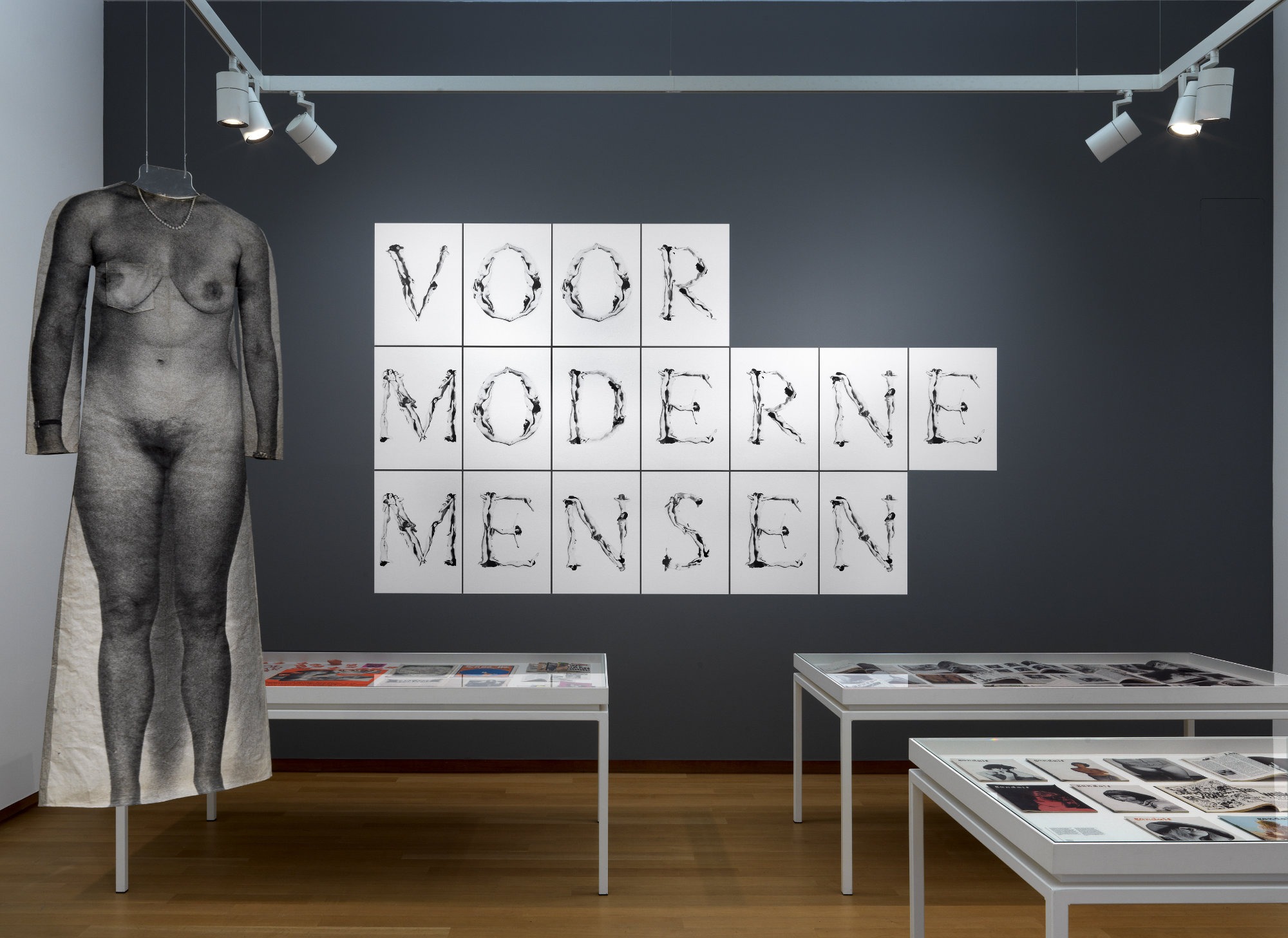 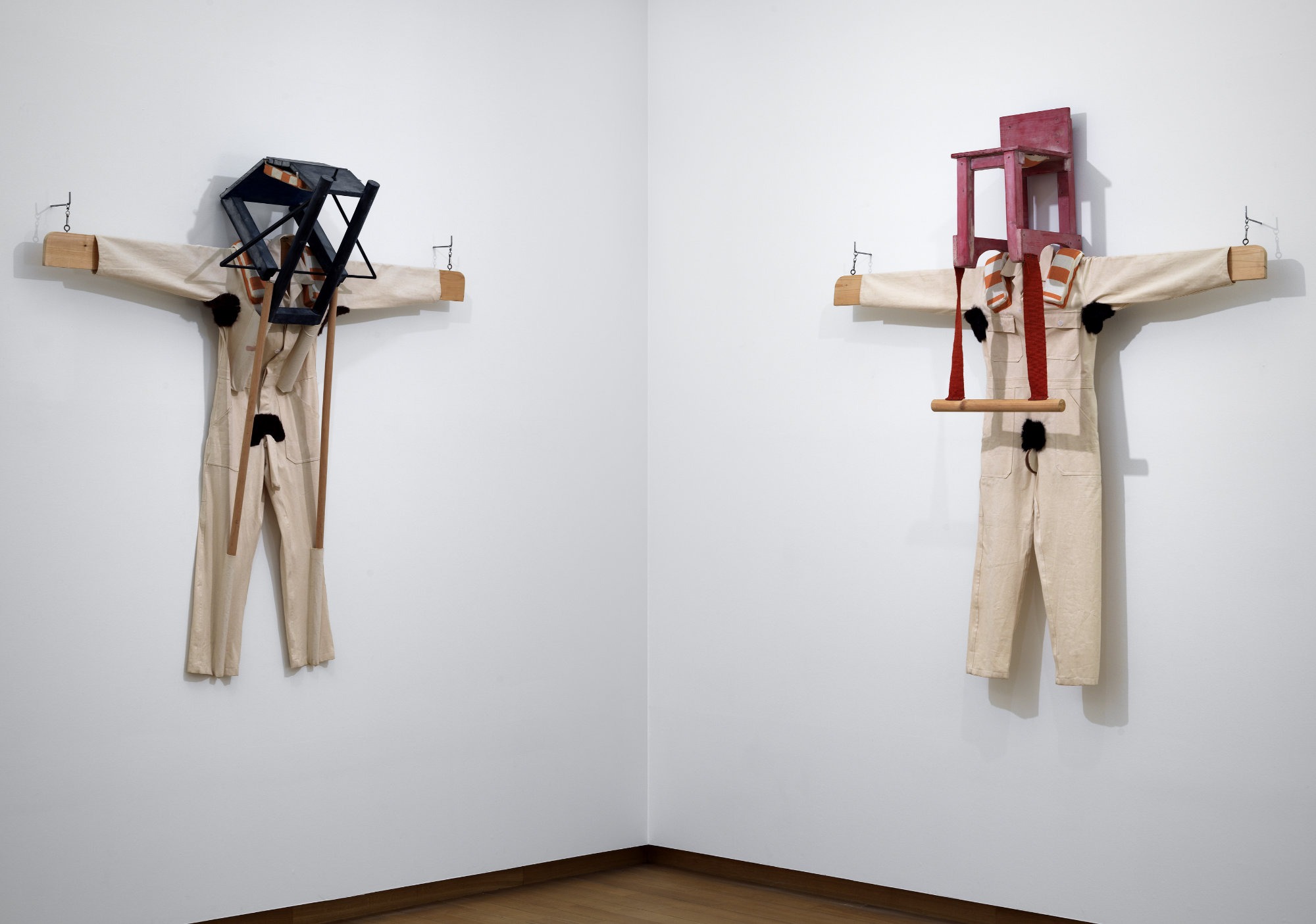 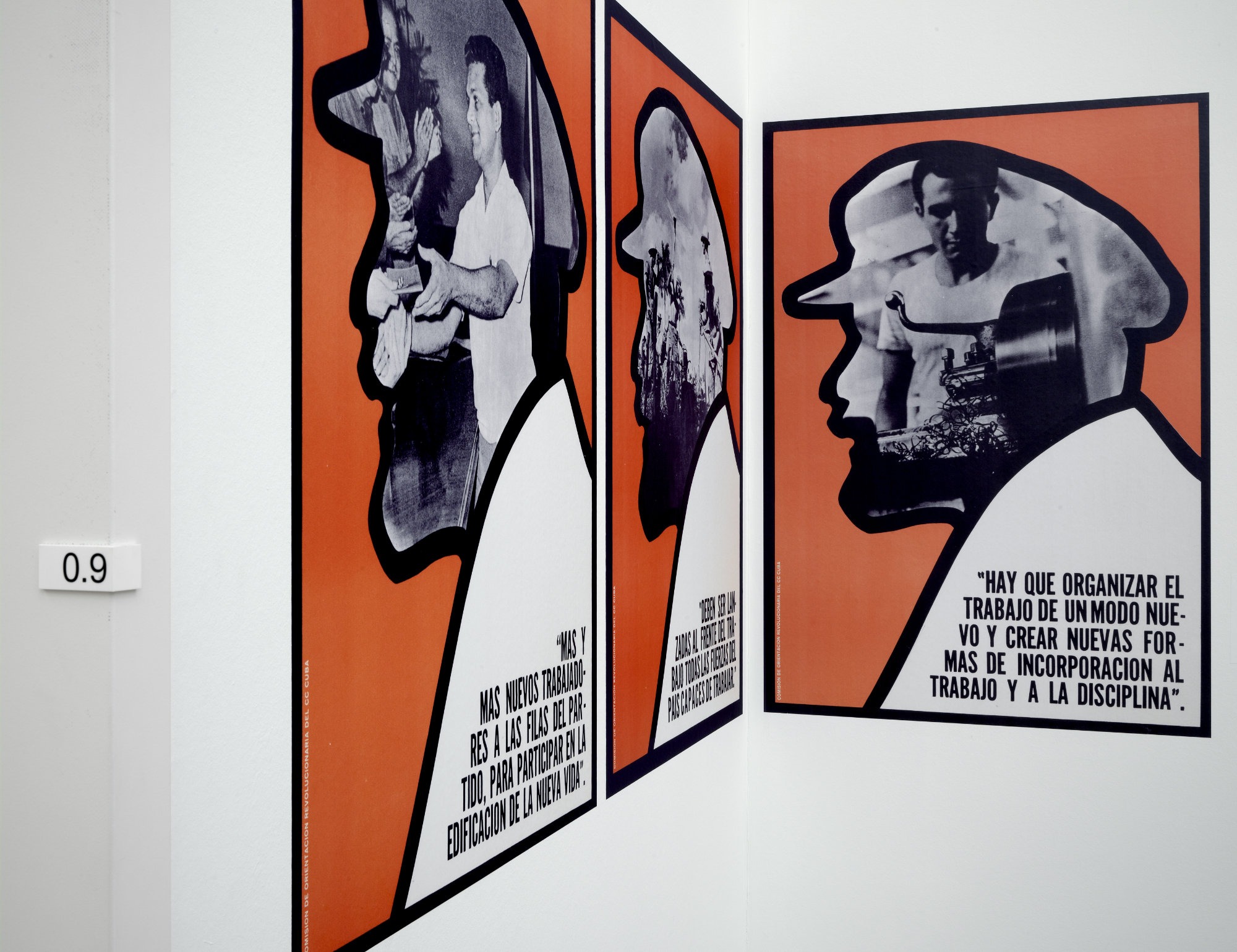 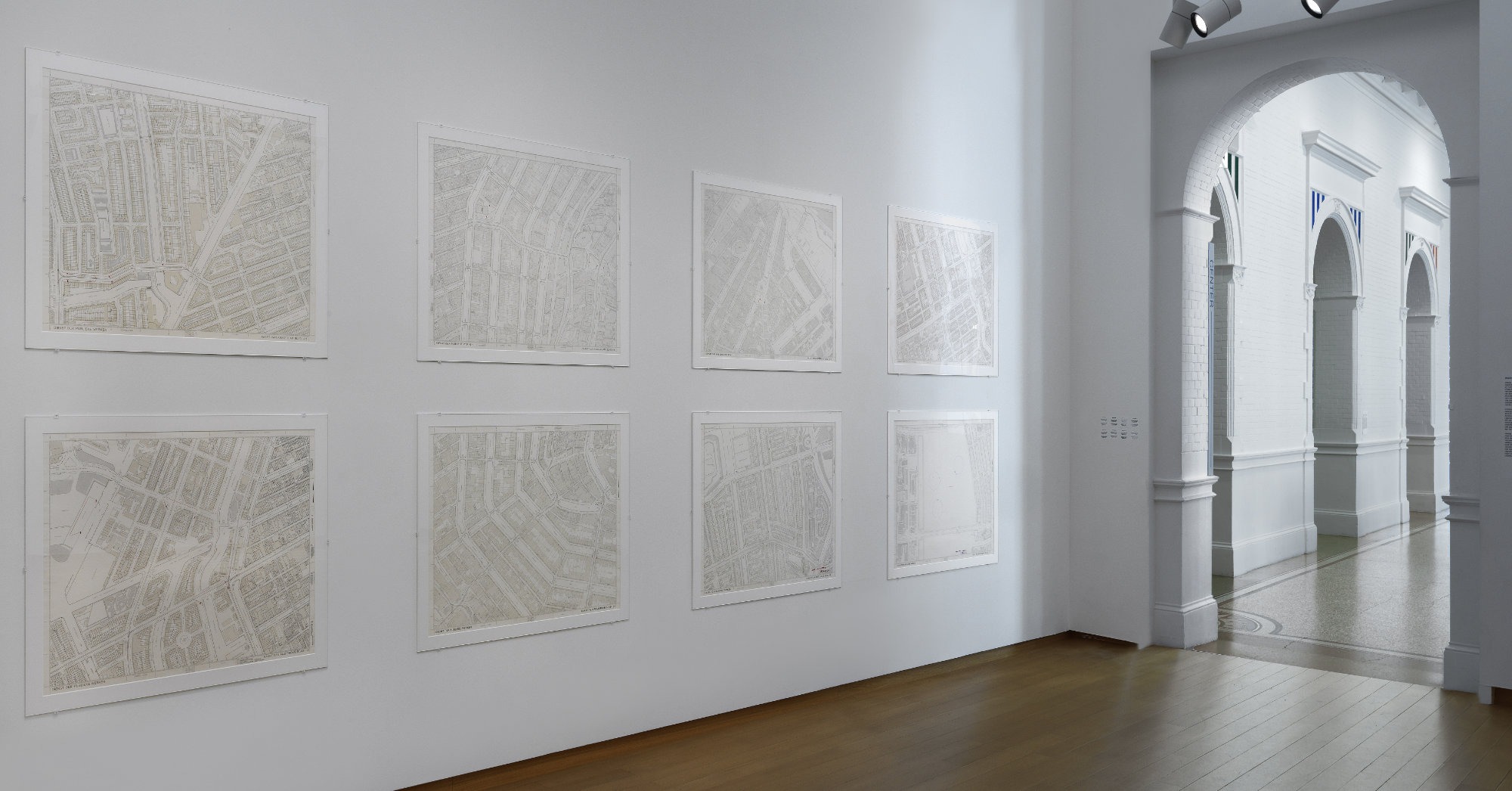 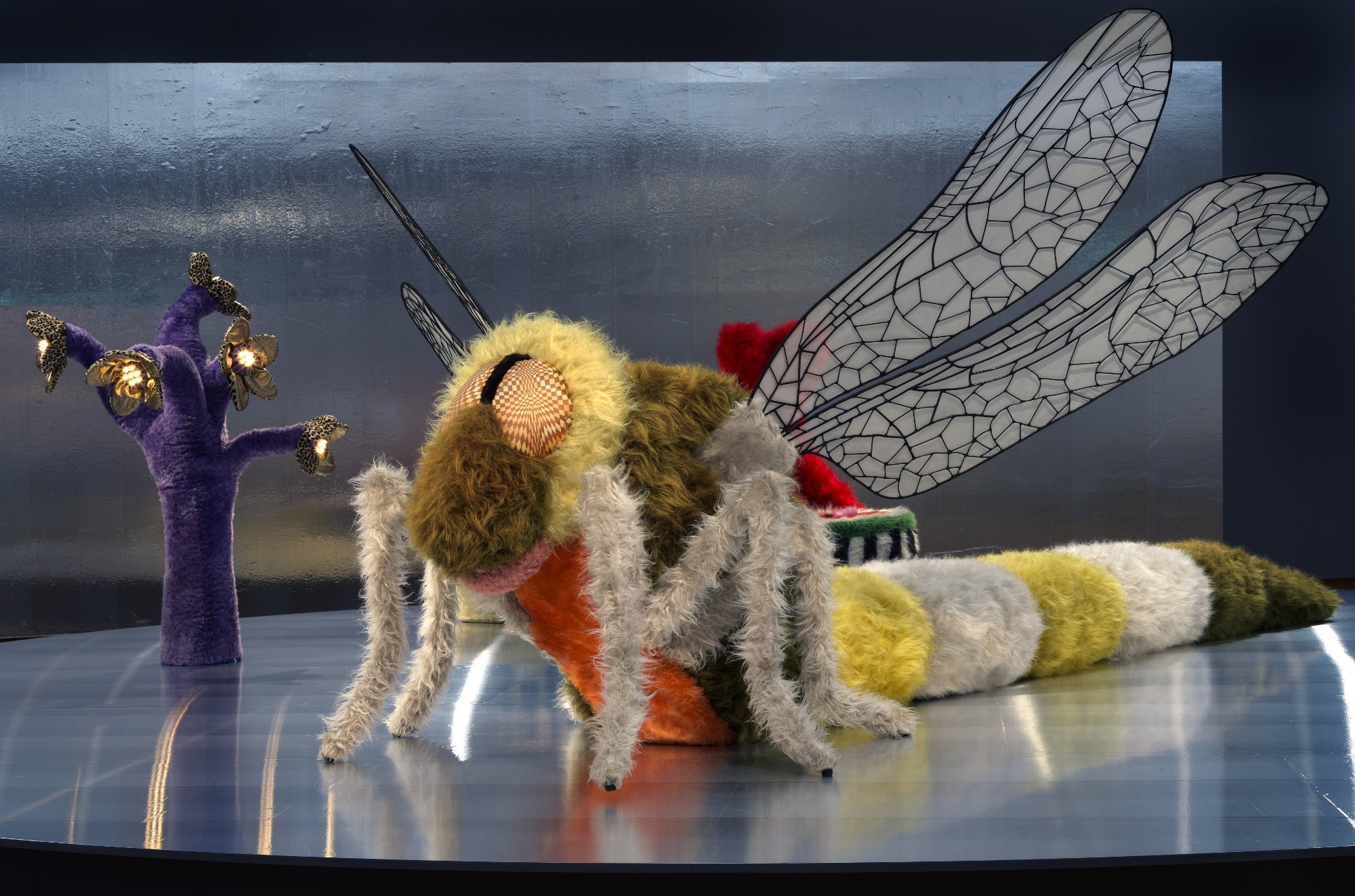 For many, the late sixties are synonymous with the anti-Vietnam War hippy protests and the massive student unrest in Paris. In the major summer exhibition 'Amsterdam, the Magic Center', the Stedelijk looks beyond these widely-known facts, offering fresh insights into the transnational developments of the era, and exploring Amsterdam as a vibrant international hub and laboratory for artistic and social innovation.

The “Magical center Amsterdam”, to use the words of artist Robert Jasper Grootveld, a member of the Provo movement, reaches its zenith between 1967 and 1970. By which time, Amsterdam has won itself a reputation as a city where anything goes. The Dutch capital flourishes as a progressive and artistic haven, a place that attracts hordes of young people from all over the world. It’s also a time when art is in the throes of change. Artists rebel against the establishment and seek alternative, new platforms: on the streets, in magazines or on TV. Idea begins to take precedence over (the traditional) form – art can be a happening, an intervention in the city, or a television programme. Humour and irony are popular strategies for thumbing the nose at ‘serious’ art.

18 in 68?
Were you 18 in ’68? Relive the magical years for free! Just bring some proof that you were born in 1950, and you can visit Amsterdam, The Magic Center for free for the entire duration of the exhibition (until January 6, 2019). Share your memories through with us through your own, or the Stedelijk Museum's social channels!

THE STEDELIJK IN THE 1960S
Featuring works from the museum collection, the show sheds new light on the radical innovations and artistic and social experiments of the era. Counterculture, experimentation and the spirit of the underground emerge from the shadows and define the city’s cultural life from 1967 onwards. The Stedelijk Museum, that had become a home for the avant-garde after the war, plays a dual role: on the one hand, in the guise of modern champion, it advocates the new (with exhibitions such as Op losse schroeven in 1969), yet the critical contingent labels it a conservative bastion of elitist art. 50 Years later, the Stedelijk looks back at a series of historic happenings, events and conceptual artworks that took place or were presented in Amsterdam, often with the city as décor. The posters by Daniel Buren were a street art intervention, and the Leidseplein became the setting of Wim T. Schippers’ absurd Christmas tree, ablaze in mid-summer. Public participation was vital to many of these activities – such as the inflatable objects of the Eventstructure Research Group that appeared on Museum Square and the surrounding streets, in which people of all ages played or strolled. Louis van Gasteren and Fred Wessels built the Sunny Implo, a sphere with points of light, sound and imperceptible motion; the idea was to put your head inside, and experience a soothing, psychotherapeutic effect. The makers insisted their sphere should be an essential part of the urban landscape, installed on every street corner. Their plan didn’t come to fruition – the Sunny Implo gets no further than a debut appearance in the Stedelijk entrance in 1970.

Artists also critique society, such as the ironic work of Pieter Engels and Jeroen Henneman, that parodies middle class life. Others take it a step further: Gerrit Dekker and Ben d’Armagnac create structures demonstrating that art is also capable of proposing an entirely new way of (autarchic) life. In an epoch when men still dominate the art world, women artists manage to break through. Ferdi creates colourful, soft sculpture with biomorphic forms steeped in a heady eroticism. One of her works, Purple People Eater, acquired by the Stedelijk after her solo in 1968, has been restored especially for this exhibition. The work of contemporaries such as Maria van Elk and Louwrien Wijers also reveals a highly evolved artistic vision. Aside the named above, the exhibit also features work or documentation by artists including Douwe Jan Bakker, Pieter Boersma, Marinus Boezem, stanley brouwn, Jan Dibbets, Ger van Elk, Adri Hazevoet, Immo Jalass, Robert Morris, Dennis Oppenheim, Willem de Ridder, Seemon and Marijke, Tjebbe van Tijen, and Lawrence Weiner.

THE CITY AS BACKDROP TO SOCIAL TRANSFORMATION
The city is also the platform for civil actions indicative of a distinct hands-on mindset. The show tracks the development of the squatter’s movement in 1968, with photos by Pieter Boersma and a ‘how to’ manual for aspiring squatters. One gallery is devoted to the sexual revolution, with magazines like Gandalf and footage of the feminist demonstrations of the women’s liberation group Dolle Mina. The dawning of psychedelic youth culture and the liberalisation of drugs is reflected in magazines like Hitweek (later Aloha), the opening of the now-iconic music venue Paradiso, the love-ins in the Vondelpark and the event Hai in de Rai. Also featured is original material from John Lennon and Yoko Ono’s Bed-in for Peace at the Amsterdam Hilton in 1969. World events and international influences are visible in a gallery hung with posters of the student riots in Paris in 1968, which were displayed in Amsterdam’s Museum Fodor at the time, together with blow ups and original film material from the era. Posters from Communist Cuba, a society held up by many as an example, are on view in the adjacent gallery space. New research into the rebellion in Curaçao of May 1969 and the emergence of Surinamese, Marxist-orientated student bodies in the Netherlands are also mapped.

COLLECTIONS OF THE STEDELIJK MUSEUM AND RIJKSMUSEUM COMBINED
Amsterdam, the Magic Center is part of STEDELIJK TURNS, a research-driven programme that focuses on the museum collection and offers fresh insights and interpretations. The exhibition is curated by the Stedelijk, in partnership with the Rijksmuseum. Both museums take an interest in the counterculture of the sixties and are able to combine their research and collections in this project. Where the Stedelijk acquired and exhibited many works during the counterculture era; the Rijksmuseum will present a number of unusual recent acquisitions. Designed by Bart Guldemond, the exhibition encompasses over 250 works and objects and around 100 reproductions from the collections of the Stedelijk Museum Amsterdam, the Rijksmuseum, the International Institute for Social History, The Netherlands Institute for Sound and Vision, and other museums and private collections.

CREDITS
The exhibition Amsterdam, the Magic Center is realised in collaboration with our partners the Rijksmuseum and the International Institute for Social History. Thanks to The Netherlands Institute for Sound and Vision.
www.stedelijk.nl