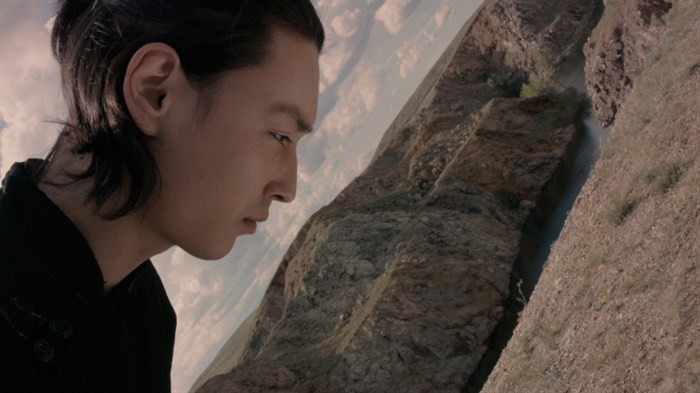 This fall the Stedelijk Museum presents the first major museum survey of Metahaven and the premiere of their new film installation Eurasia (Questions on Happiness).

The Stedelijk Museum will stage the first large-scale museum survey of Metahaven, bringing together the collective’s new moving image work with their renowned design practice. As Metahaven, Vinca Kruk and Daniel van der Velden have achieved international acclaim for their work spanning the genres of visual art, design, and film. This exhibition features the premiere of Eurasia (Questions on Happiness), a film installation jointly commissioned by the Stedelijk Museum Amsterdam, Institute of Contemporary Arts, London (ICA), and Sharjah Art Foundation. The film installation will be simultaneously shown at both the Stedelijk and the ICA.

EURASIA (QUESTIONS ON HAPPINESS)
Shot in the Ural Mountains and Macedonia, Eurasia (Questions on Happiness) combines animation and documentary analysis with aspects of science fiction, poetry, and folk tale. Eurasia begins where its predecessor, Metahaven’s 2015 film The Sprawl (Propaganda About Propaganda), left off, and finds itself along the New Silk Road which links the technological infrastructures of Asia and Europe.

ABOUT METAHAVEN
Metahaven’s work encompasses the practices of filmmaking, writing, design, and installation, and is united conceptually by interests in poetry, storytelling, digital superstructures, and propaganda. Their moving image works manifest as immersive installations, and share an aesthetic logic with the collective’s design work in an attention to surface, texture, and the intelligent simplification of complex logics and visual forms. Their work is frequently exhibited and published throughout the world.

PUBLICATION
A monographic print publication, collaboratively edited with exhibition curator Karen Archey and designed by Metahaven, will be published on the occasion of the exhibition. Taking the form of a large zine, the publication contains essays on Metahaven’s work as well as a series of conversations with leading voices in diverse fields such as music, poetry, art, film, and fashion. Contributors include writers Ana Teixera Pinto, Malka Older and Suhail Malik, musicians Holly Herndon, M.E.S.H., and LIL INTERNET, poet and translator Eugene Ostashevsky, fashion designer Yulia Yefimtchuk, and many others.

Eurasia (Questions on Happiness) (2018) is produced by the Institute of Contemporary Arts, London, and co-commissioned with the Stedelijk Museum Amsterdam and Sharjah Art Foundation. The film is supported by the Museum of Modern Art in Warsaw and Creative Industries Fund NL and generously assisted by Strelka Institute, Moscow.
www.stedelijk.nl