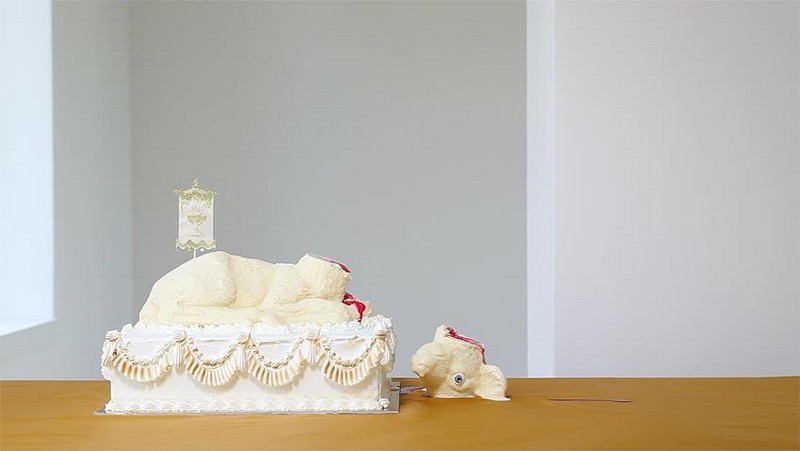 The Stedelijk Museum Amsterdam presents the exhibition On the Move: Storytelling in Contemporary Photography and Graphic Design. It is the latest edition of the Proposals for Municipal Art Acquisitions that the museum organizes every two years, with the financial support of the City of Amsterdam. The selection of acquisitions from this exhibition always comprises an important addition to the holdings of the museum.

The photo essay and the photo book are both classic ways of telling stories through photographs. But photographers are increasingly exploring new ways of storytelling made possible by technological advances. Apps, audiovisual installations, and websites present opportunities for less linear forms of narrative. This development also reflects in graphic design. The role of the graphic designer is no longer confined to “choosing the image sequence” of a photo book.

On the Move focuses on recent developments in photography and reveals the myriad ways in which artists and photographers build their narratives in dialogue with graphic designers. The title On the Move refers to the journeys taken by many of the photographers in creating their projects, as well as the new directions in photography.

Last autumn, the Stedelijk invited artists living and/or working in the Netherlands to submit work in which they explore new, playful, critical, and challenging forms of narrativity. The museum received 471 submissions.

Meet the artists in a minute
For the exhibition we made one minute portraits of all selected artists. Click on the names to watch them or check the playlist on our YouTube-channel.

A number of multimedia productions have also been selected for On the Move. These large-scale projects are often co-creations and were developed for different platforms. One such example is Love Radio, a multiplatform documentary about the Rwandan genocide made by photographer Anoek Steketee and journalist Eefje Blankevoort with designers Kummer & Herrman and interactive designer Sara Kolster. The object of many photography projects of this kind, which can take years to create, is not just to be presented in a museum or gallery; the projects are increasingly shared with audiences via both traditional and new media, during its making process. Take The Sochi Project, for example, by photographer Rob Hornstra and journalist Arnold van Bruggen which, over a five-year period, has been presented in the form of various photo books, exhibitions, interim cahiers, and a website

Many artists and photographers in On the Move utilize alternative sources, such as citizen journalism and visual material from the internet. In some cases, they do so as an extension of their own photography practice, where the photographer also plays the role of editor or curator. In other instances, these sources are subjected to a critical visual analysis. Thomas Kuijpers, for instance, collected photographs of American soldiers who took part in a Twitter protest against their government’s position in the Syrian civil war. The images, together with the staged photos that Kuijpers uploaded, are united under the hashtag #IDIDNTJOIN. This raises the question of how we can know with any certainty whether we are looking at an “authentic” or propagandist image.

On the Move also presents a selection of photography books – often self-published – by young artists. And the exhibition features serial magazines such as the “gesamtkunstwerk” Club Donny and Theo Niekus’s autonomous cahiers of Amsterdam street photography.

Several photographers re-examine and re-visit their early work, such as Petra Stavast. In 2002, Stavast made an extraordinary portrait of Ramya, her landlady at the time. This year, after Ramya’s death, she returned to Ramya’s life story. Other artists explore the work of fellow photographers, such as Andrea Stultiens, who started a conversation with the work of Ugandan studio photographer Deo Kyakulagira.

On the Move is curated by Carolien Glazenburg, Anne Ruygt, and Hripsimé Visser. During the exhibition, Beatrix Ruf, director of the Stedelijk Museum, will select a number of works to be purchased for the Stedelijk’s permanent collection.
www.stedelijk.nl