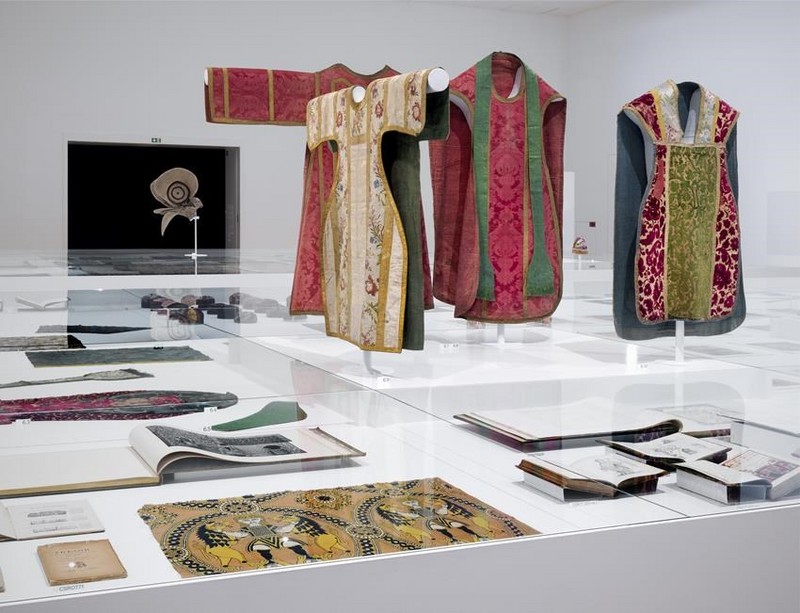 End of 2015 the Stedelijk will present the first exhibition about Seth Siegelaub, one of the key players of early conceptual art. Seth Siegelaub: Beyond Conceptual Art, shows an overview of the life and work of the art pioneer, collector and publisher.

He was a gallerist, independent curator, publisher, researcher, archivist, collector, and bibliographer. Often billed the “father of Conceptual Art,” Seth Siegelaub was—and remains—a seminal influence on curators, artists, and cultural thinkers, internationally and in Amsterdam, where he settled in the 1990s. And now the Stedelijk Museum Amsterdam is organizing the exhibition Seth Siegelaub: Beyond Conceptual Art, devoted to the life and work of this fascinating yet still elusive figure.

Seth Siegelaub (New York, 1941–Basel, 2013) is best known for his decisive role in the emergence and establishment of Conceptual Art in the late 1960s. With revolutionary projects such as January 5–31, 1969, the Xerox Book, and July, August, September 1969, he set the blueprint for the presentation and dissemination of conceptual practices. In the process, he redefined the exhibition space, which could now be a book, a poster, an announcement—or reality at large, in keeping with his statement that “my gallery is the world now.” Siegelaub’s radical reassessment of the conditions of art resonated deeply with the iconoclastic views of his contemporaries Carl Andre, Robert Barry, Daniel Buren, Jan Dibbets, Douglas Huebler, Joseph Kosuth, Lawrence Weiner, and others, with whom he developed close working relationships.

But just as these artists were gaining wider recognition, Siegelaub turned his back on the art scene and settled in Paris, where he cultivated an interest in mass media from a leftwing perspective. In line with the political mood of the times, he eventually redirected his publishing activities to scholarly research and critical essays on communication, including the bestseller How to Read Donald Duck: Imperialist Ideology in the Disney Comic (1976) by Ariel Dorfman and Armand Mattelart.

At the same time he pursued a lesser-known occupation as a collector of hand-woven textiles and bibliographer of books on the social history of textiles. This strand of his activity was eventually consolidated in the Center for Social Research on Old Textiles (CSROT), founded in 1986, and culminated in his authoritative Bibliographica Textilia Historiæ: Towards a General Bibliography on the History of Textiles Based on the Library and Archives of the Center for Social Research on Old Textiles (1997). During the last decade of his life, he regrouped all his projects and collections under the banner of his Stichting Egress Foundation, but simultaneously threw himself headfirst into a new bibliographical endeavor on time and causality in physics.

Acknowledging the unusual scope and essentially unclassifiable nature of Seth Siegelaub’s manifold interests and activities, the exhibition at the Stedelijk Museum will reveal to what extent his projects and collections are underpinned by a deeper concern with printed matter and lists as a way of disseminating ideas. By doing so, it will allow the wider public to reassess his role as one of the distinctive characters in twentieth-century exhibition-making while recognizing his atypical, inquisitive, and free-spirited genius.

OTHERS ABOUT SIEGELAUB
To this day Seth Siegelaub’s revolutionary views on art and exhibitions continue to shape the practices of different generations of artists and curators. Hans Ulrich Obrist, Co-director of Serpentine Gallery in London, calls him an “inspiration and toolbox,” and someone who demystified the role of curators. Ann Demeester, former Director of de Appel arts centre in Amsterdam, now Director of Frans Hals Museum/De Hallen, Haarlem, remembers the candidness with which he spoke to younger generations of curators about his historic involvement. And Charles Esche, Director of Van Abbemuseum in Eindhoven, suggests that “he was perhaps the first person in the art market to really understand that objects had become mere material commodities and that immaterial concepts were where the future lay—and that already in the 1960s.”

EXHIBITION
The exhibition will occupy the lower floor of the museum’s new wing and will unfold as several chapters exploring the various facets of, and connections in, Siegelaub’s work, from his groundbreaking projects with conceptual artists and his research and publications on mass media and communication theories to his interest in hand-woven textiles and non-Western fabrics. It will also highlight his collecting activity, which culminates in a unique ensemble of books on the social history of textiles and a textile collection comprising over 750 items from all parts of the world.

The Museum of Modern Art New York, which holds the bulk of Siegelaub’s collection of conceptual artworks and documentation of his New York years, has generously agreed to loan a substantial number of items to the exhibition. The world-renowned International Institute of Social History (IISH) in Amsterdam, the repository of Siegelaub’s library of 3,000 titles on media, is another major lender.

While looking back at the past, the survey will also reflect on current practices through contributions by contemporary artists, both in the exhibition and in the Public Program. Mario Garcia Torres and writer Alan Page will co-create a new work for the exhibition inspired by Siegelaub’s bibliographic project on time and causality.

In the 1990s the German conceptual artist Maria Eichhorn devised a thoroughly researched project around The Artist’s Reserved Rights Transfer and Sale Agreement, a template contract drafted by Siegelaub in collaboration with the lawyer Robert Projansky in 1971. An updated version of Eichhorn’s work will be on view in the exhibition, together with a new Dutch translation of the original contract. The museum’s Public Program will explore the issues raised by these interventions in the context of today’s art world and legal world.

In cooperation with Roma Publications, de Appel arts centre, and Stichting Egress Foundation, the Stedelijk Museum will also publish a facsimile edition of the Xerox Book from 1968, Siegelaub’s famous book-as-exhibition.

For the interested reader, “Better Read than Dead”: The Seth Siegelaub Source Book, 1964–2013, to be published later this year by Stichting Egress Foundation and Verlag der Buchhandlung Walther König in Cologne, will offer further insights through a selection of writings and interviews. The exhibition and catalogue are curated by Leontine Coelewij and Sara Martinetti.

Seth Siegelaub: Beyond Conceptual Art is produced in close collaboration with the Stichting Egress Foundation/Marja Bloem, Amsterdam. With thanks to the Museum of Modern Art, New York and the International Institute for Social History in Amsterdam.

The exhibition Seth Siegelaub: Beyond Conceptual Art is made possible with leading support of the Mondrian Fund.
www.stedelijk.nl