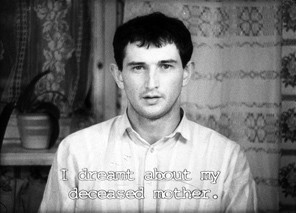 The Vincent Award is a prestigious European prize, awarded every two years to an artist with great relevance for contemporary art. The nominees for this edition are: Francis Alÿs, Peter Friedl, Liam Gillick, Deimantas Nakevicius en Rebecca Warren. Each of them has built up an impressive oeuvre which is both personal and focused on society.
Alÿs as well as Gillick, Nakevicius and Warren have made new work especially for The Vincent Award. Friday 12 September the international jury will announce the winner of The Vincent Award 2008.

Francis Alÿs (1959, Antwerp, Belgium, lives and works in Mexico-City and London) is trained as an architect and focuses mainly on the urban environment. With simple yet meaningful and humoristic actions he investigates the influence of art in this sphere. He took inspiration from the vigilante behaviour of local organised gangs for the Lynchings series in this exhibition. In the film El Gringo his camera functions as both shield and weapon against a group of aggressive stray dogs. Both works display a recurring tension in Alÿs’ work: although he is an outsider, he feels compelled to make a stand in this socio-political reality.

Peter Friedl (1960, Oberneukirchen, Austria, lives and works in situ) presents Theory of Justice, an archive of newspaper images arranged in chronological order and displayed in specifically designed show cases. It raises questions concerning originality and historicity and testifies to the struggle against social and political oppression. In his short video film Liberty City (2007), Friedl inverts the dramatic structure of a historical event: the murder of a black motorcyclist by a group of policemen in Miami, 1979. The scene shows a group of (black) men beating up a (white) policeman in Liberty City. Friedl’s looped and uncut sequence appears to have been filmed by an eyewitness, however, it is a meticulously constructed study. The computer animation No Photography (2004) refers to the political division of Cyprus and to the question ‘What is a border?’.

A typical element of the art of Liam Gillick (1964, Aylesbury, UK, lives and works in New York and London) is his scepticism regarding completely autonomous and solitary creation of (visual) art, His approach is closely related to other cultural disciplines, such as contemporary music, film, design and architecture. Collaborations are a crucial element of his practice, in which he assumes the roles of visual artist, musician, designer, writer and theoretician. The concept of the video in the exhibition, Everything Good Goes, could be viewed as a way of bringing these parallel activities, the recent past and the near future, into contact with one another. Gillick creates a virtual discussion space inspired by the set of the 1972 French film Tout va bien, from which the title of the work is also derived.

Deimantas Narkevicius (1964, Utena, Lithuania, works and lives in Vilnius) focuses on the ideologies of the late 20th century and approaches them from a subjective and contemporary point of view. Through interviews, found footage, animations and photography he creates an atmosphere that is in keeping with the time when the depicted events took place. The Head, which can be seen in the exhibition, is a film portrait of the creation of a seven-metre-high bust of Karl Marx from 1971 in what was then Karl-Marx-Stadt. Narkevicius’ other contribution is the première of his new film The Dud Effect, in which he uses found footage to stage the history of an abandoned Soviet base in Lithuania. In this way, the artist investigates not only the veracity of the documentary, but also the relationship and interplay between individual narratives and collective history.

The oeuvre of Rebecca Warren (1965, London, UK, works and lives in London) is a form of associative collage, in which a wide variety of references are combined to create an ever-evolving visual language. Warren is constantly negotiating her position within the lineage of a, mostly male, sculptural tradition, with homages to Rodin, Degas or Boccioni. A key material for Warren is clay and her roughly worked surfaces and unfinished appearances expose the artistic process. Warren also makes vitrines in which she carefully display detritus from the sculptor’s studio. For The Vincent Award Warren presents eight new clay sculptures, that, assembled together with vitrines and a bronze, shift between the baroque and the minimal, the recognisable and the unfamiliar.

For the first time: the Public’s Prize

New this year is the Public’s Prize of € 5,000, which one of the artists will receive. Visitors to the museum can leave their voting form at the end of the exhibition. (Peter Friedl has chosen not to be available for participation) The prize will also be awarded on 12 September.

The Vincent Award: an initiative of The Broere Charitable Foundation

The Vincent Van Gogh Biennial Award for Contemporary Art in Europe, in short The Vincent Award, was launched by the Broere Charitable Foundation in 2000 in memory of Monique Zajfen, a beloved friend of the Broere family and former holder of Galerie 121 in Antwerp. Her commitment to and passion for contemporary art are now once again helping to call attention to European artists of great talent. An additional purpose of the award is to promote communication in a free, united and peaceful Europe.

In pace with The Vincent Award: The Monique Zajfen Collection

As adjunct to The Vincent Award, in collaboration with the Stedelijk Museum, the Broere Charitable Foundation established The Monique Zajfen Collection, which is given to the museum on long-term loan. The basis for this collection are acquired works by previous prize-winners (Eija-Liisa Ahtila, Neo Rauch, Pawel Althamer and Wilhelm Sasnal) and the collection is to be expanded by means of substantial purchases of work by future recipients of the award and other contemporary artists.
www.stedelijk.nl