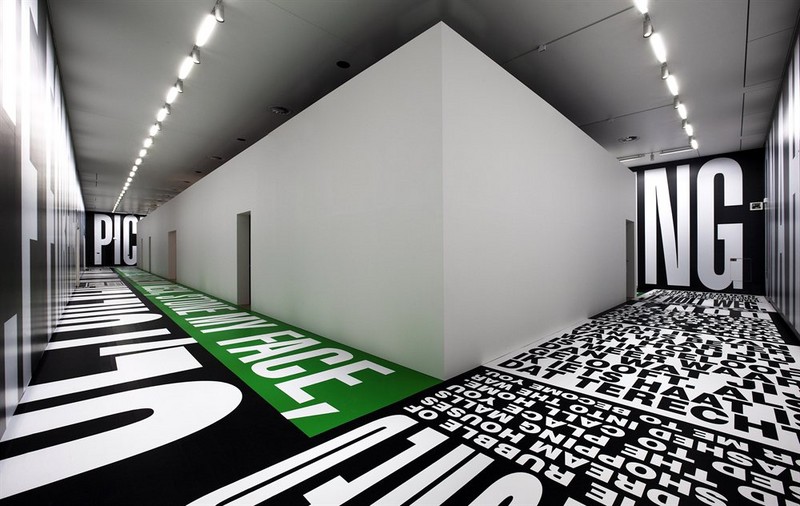 As the first exhibition to occupy the distinctive 1,100-square-meter gallery in the Stedelijk Museum’s new wing, Works in Place looks at how contemporary artists use or address space. Since the 1960s, when artworks were no longer assumed to be conceptually or physically contained within a frame or on a pedestal, the space in which paintings, sculptures, photographs, works on paper, installations, and media-based works were presented also became integral to the experience of the work.

The collection of the Stedelijk Museum includes more than 200 installations and large-scale works from the 1950s to the present. The ten presentations on view by Carl Andre, Rodney Graham, Joan Jonas, John Knight, Barbara Kruger, Steve McQueen, Melvin Moti, Sigmar Polke, Thomas Struth, and Diana Thater represent, in various ways, how artists use space in their work. Ideas of place and displacement enter into consideration, and architectural space is fundamental to how their work is perceived and experienced. This exhibition highlights recent acquisitions and other works that enjoy optimal presentation in this new gallery space.

The work of these ten artists can also be seen in relation to works by such artists as Karel Appel, Petra Blaisse, Stanley Brown, Hanne Darboven, Jan Dibbets, Dan Flavin, Hans Haacke, Edward Kienholz, Yayoi Kusama, Louise Lawler, William Leavitt, Richard Serra, Wolfgang Tillmans, and Lawrence Weiner on view elsewhere in the museum. In a sense, every work on view in the museum – whether it is an environmental installation or a single painting hung on a wall – can be considered a “work in place.”
www.stedelijk.nl