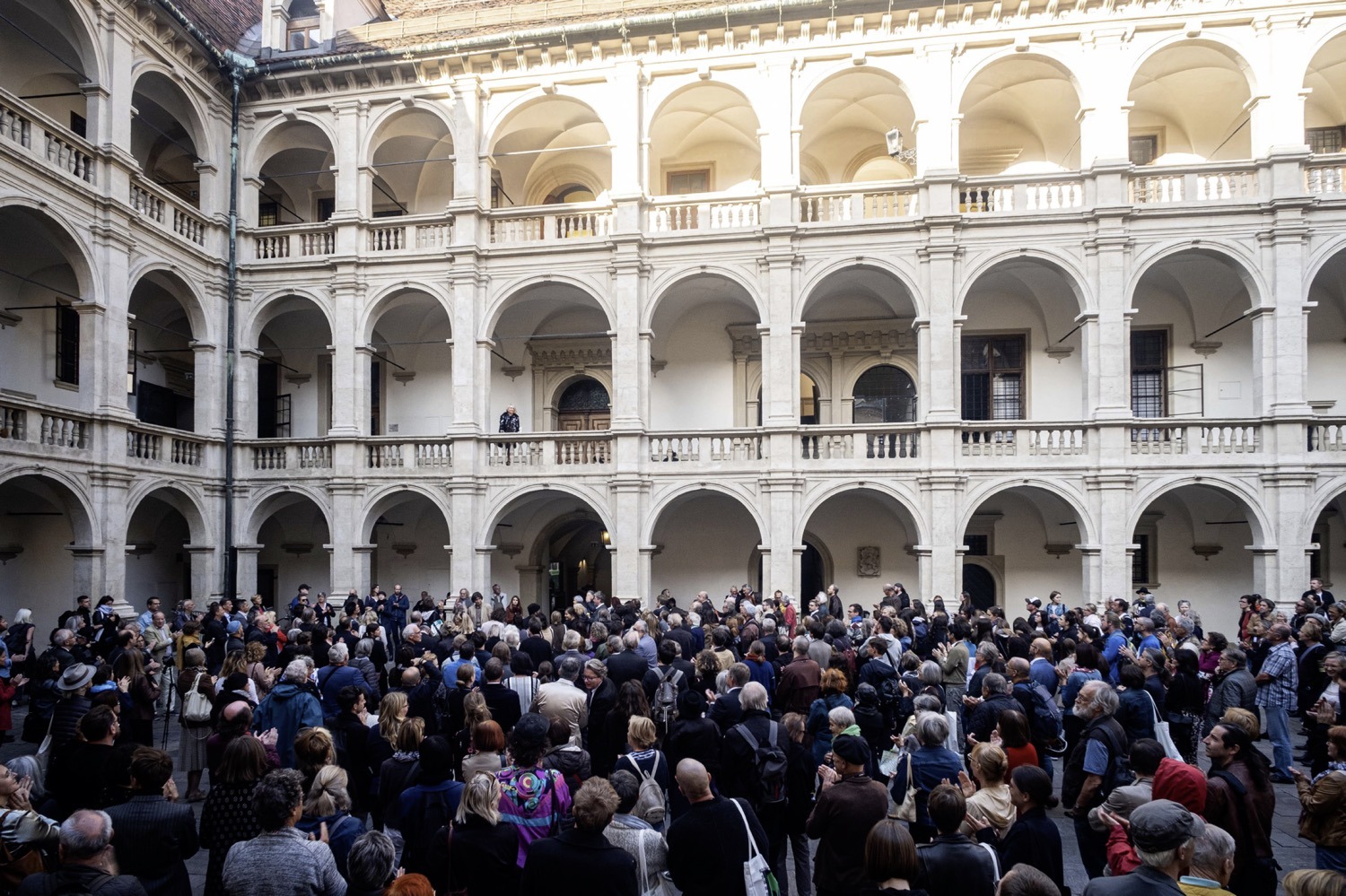 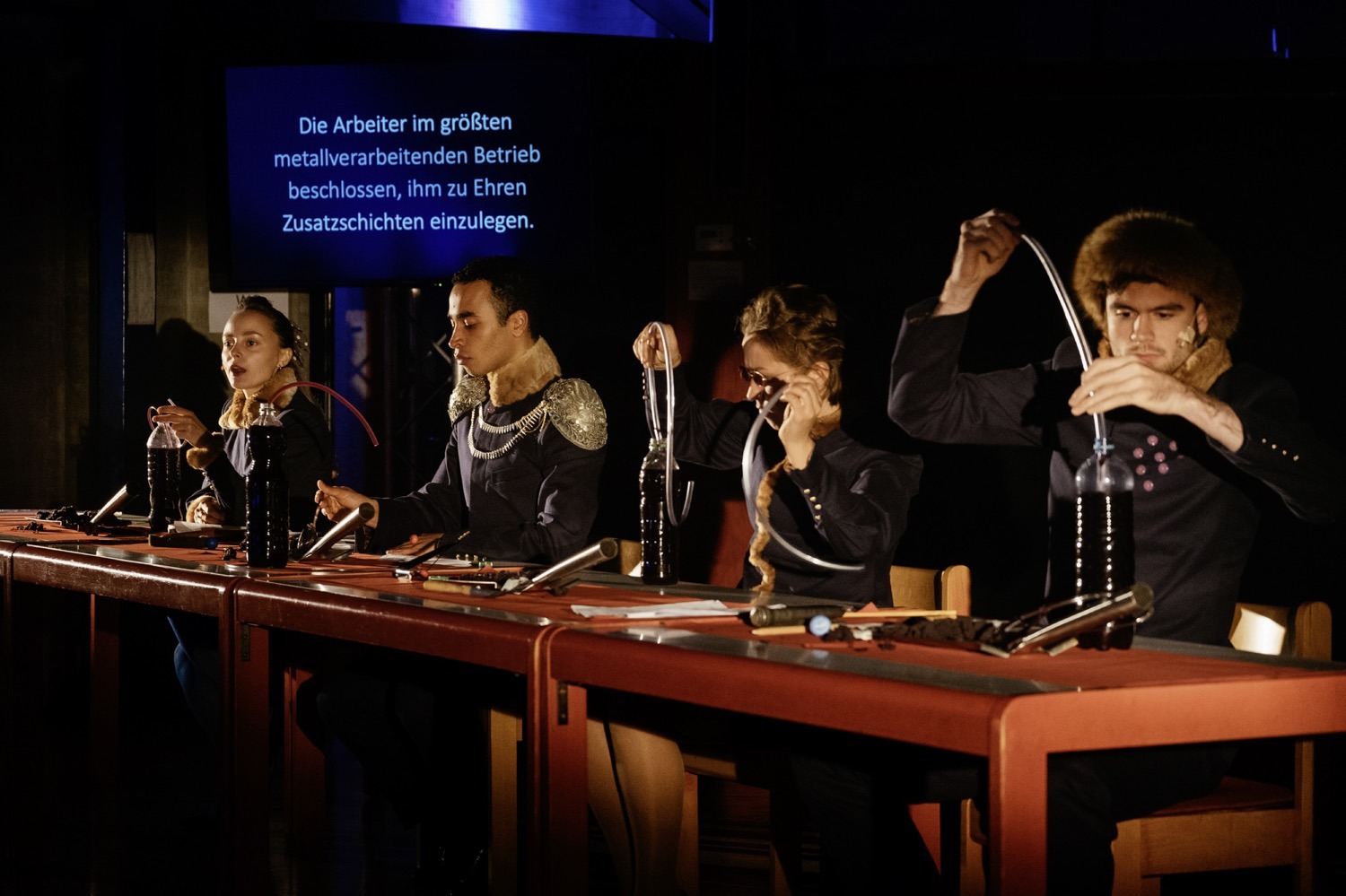 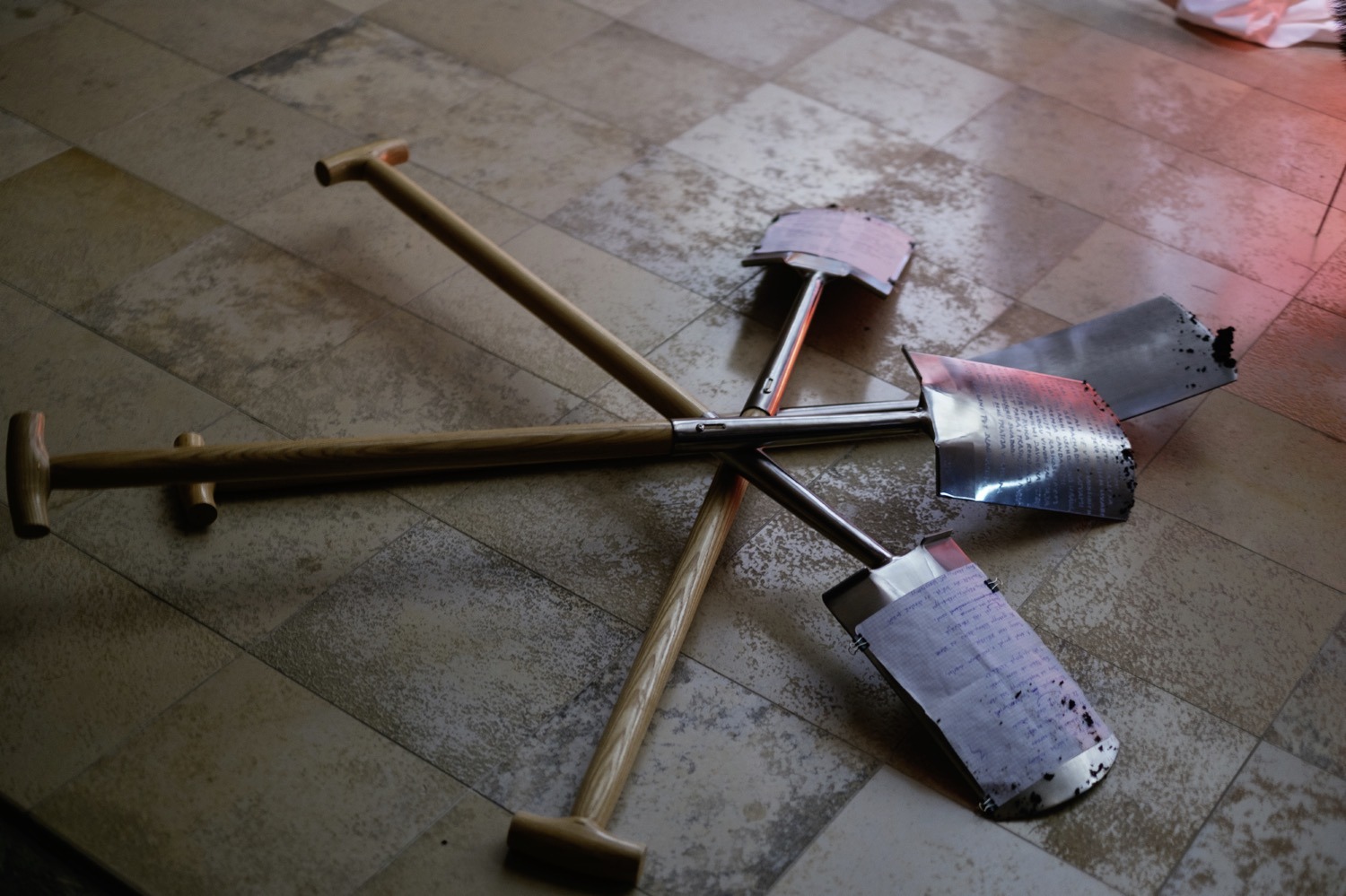 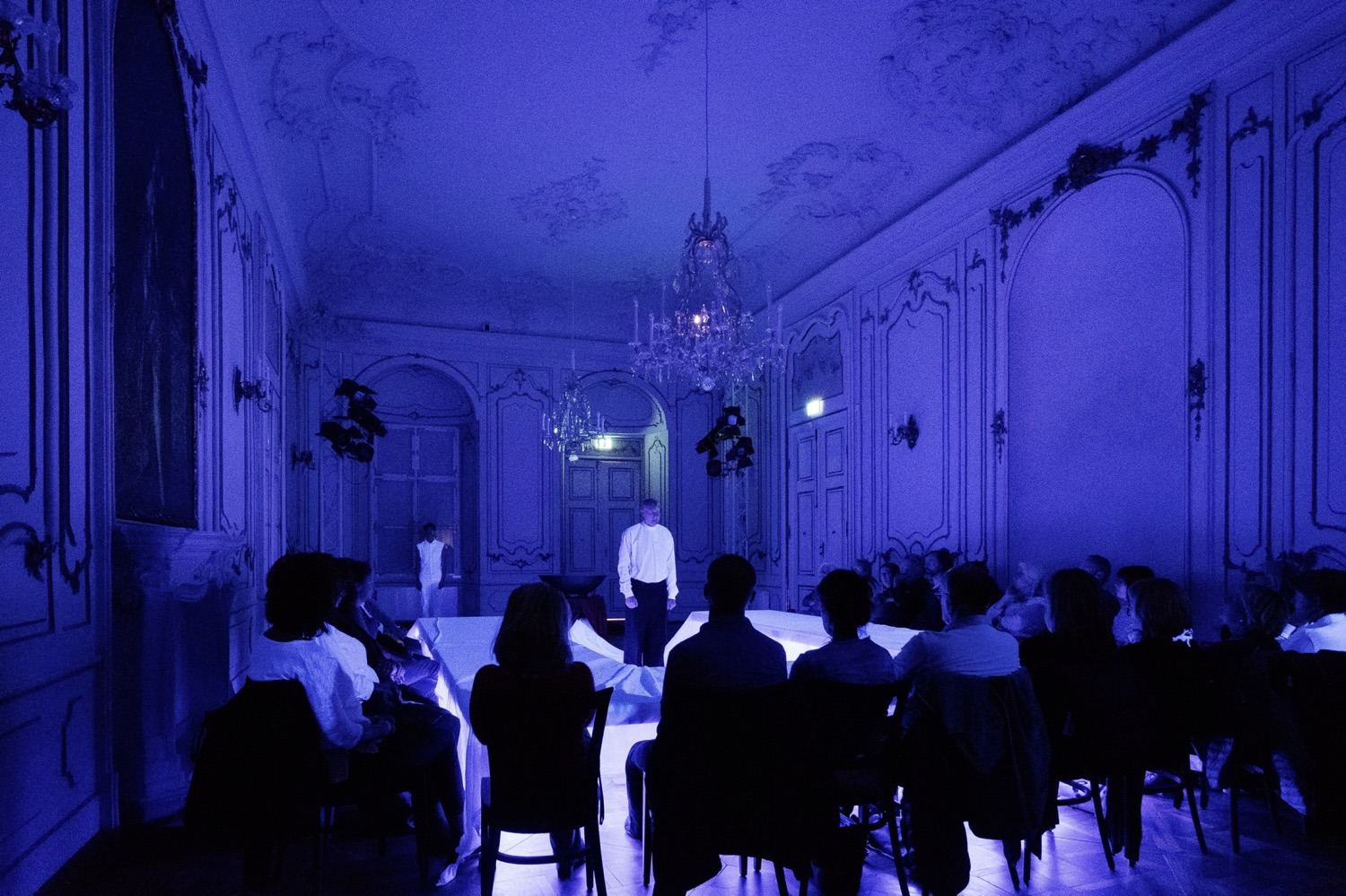 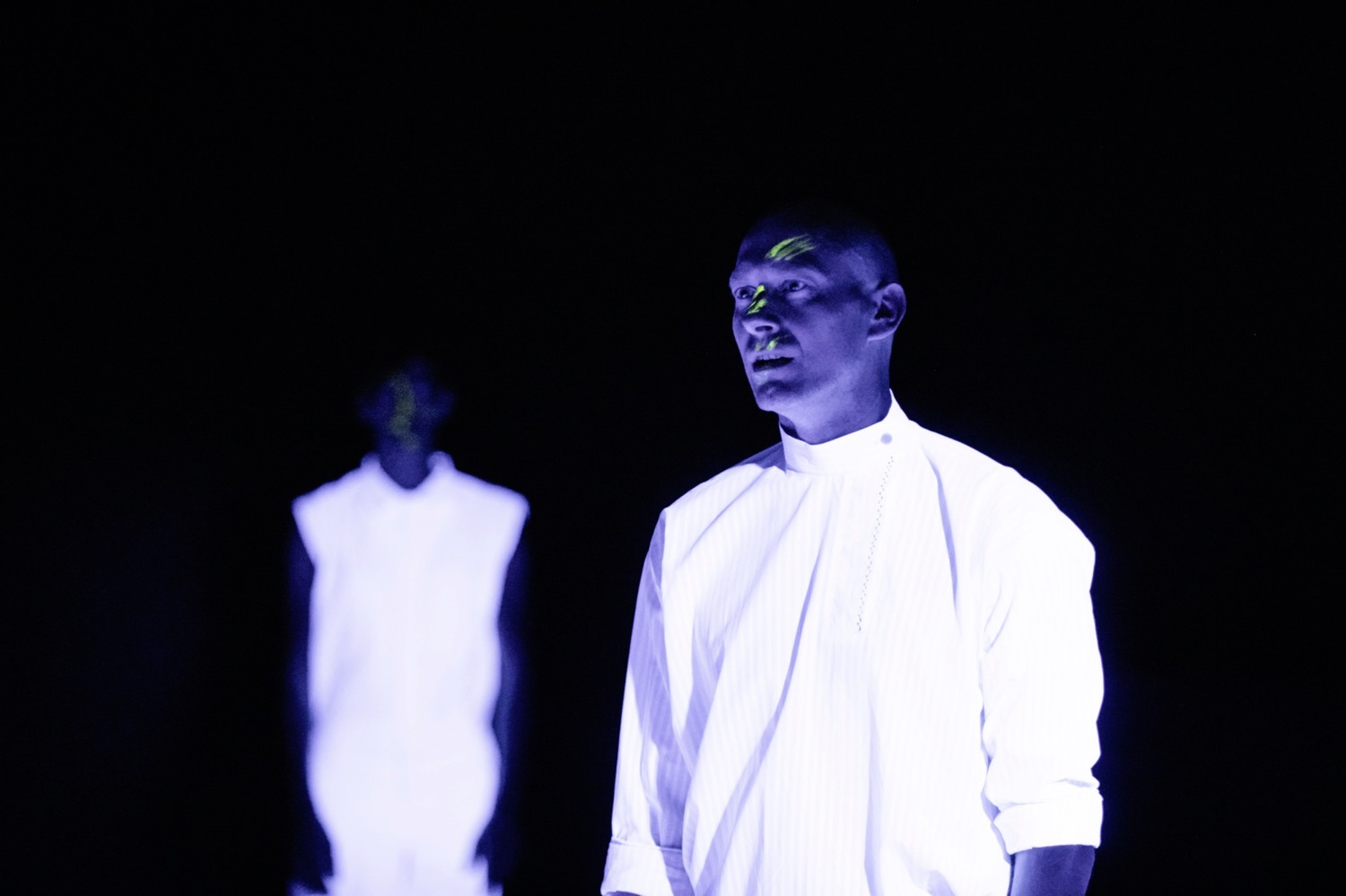 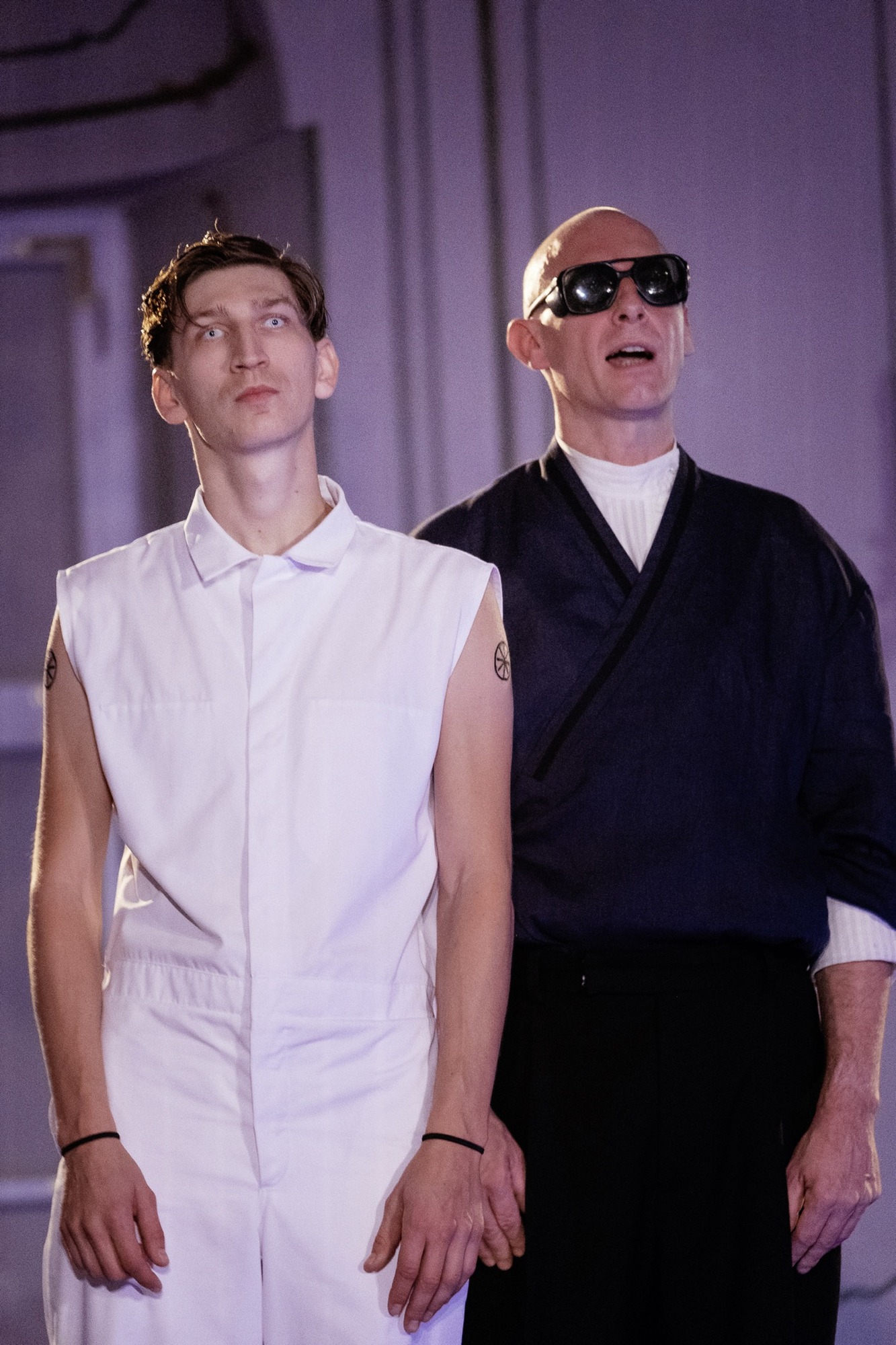 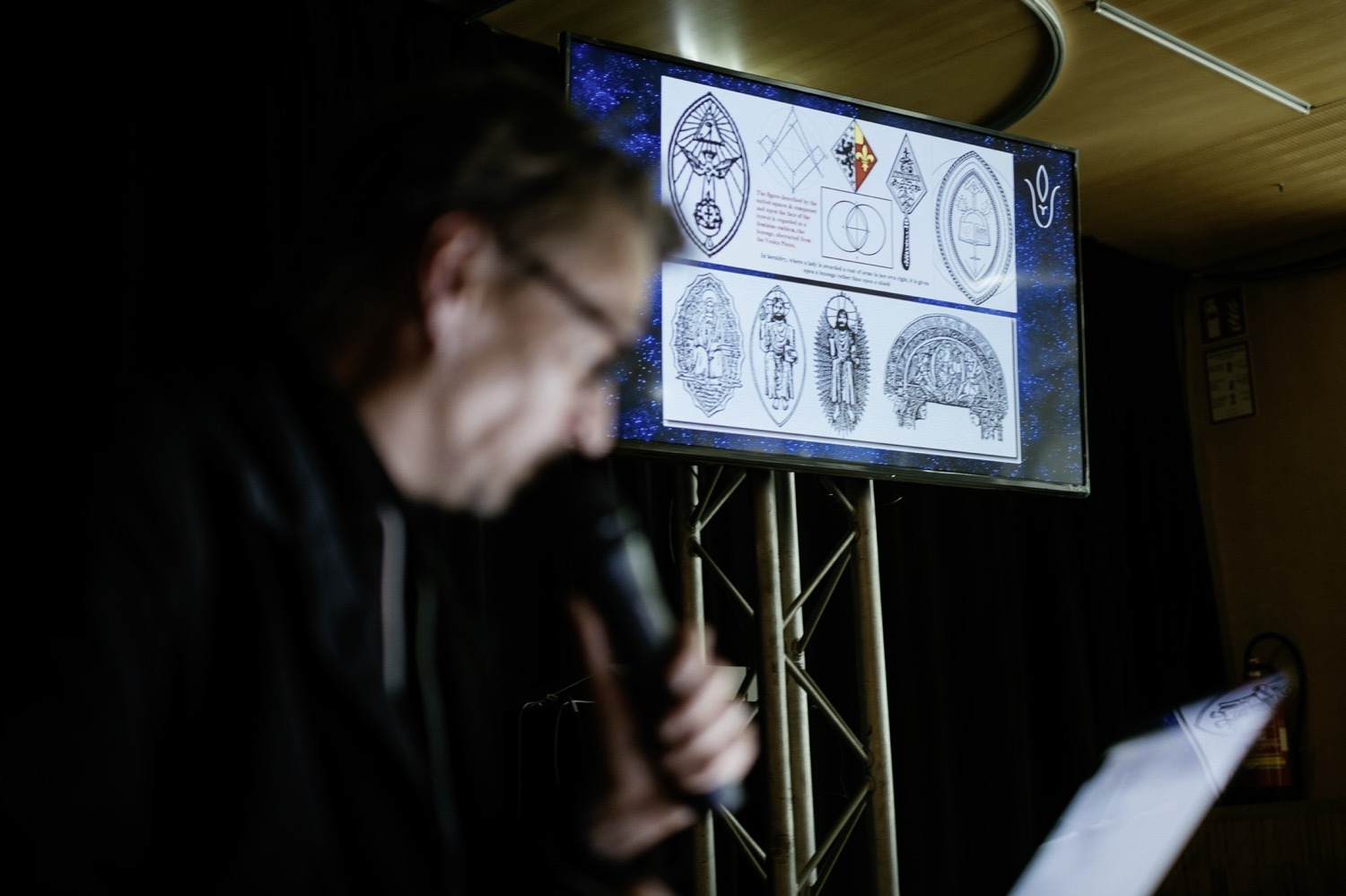 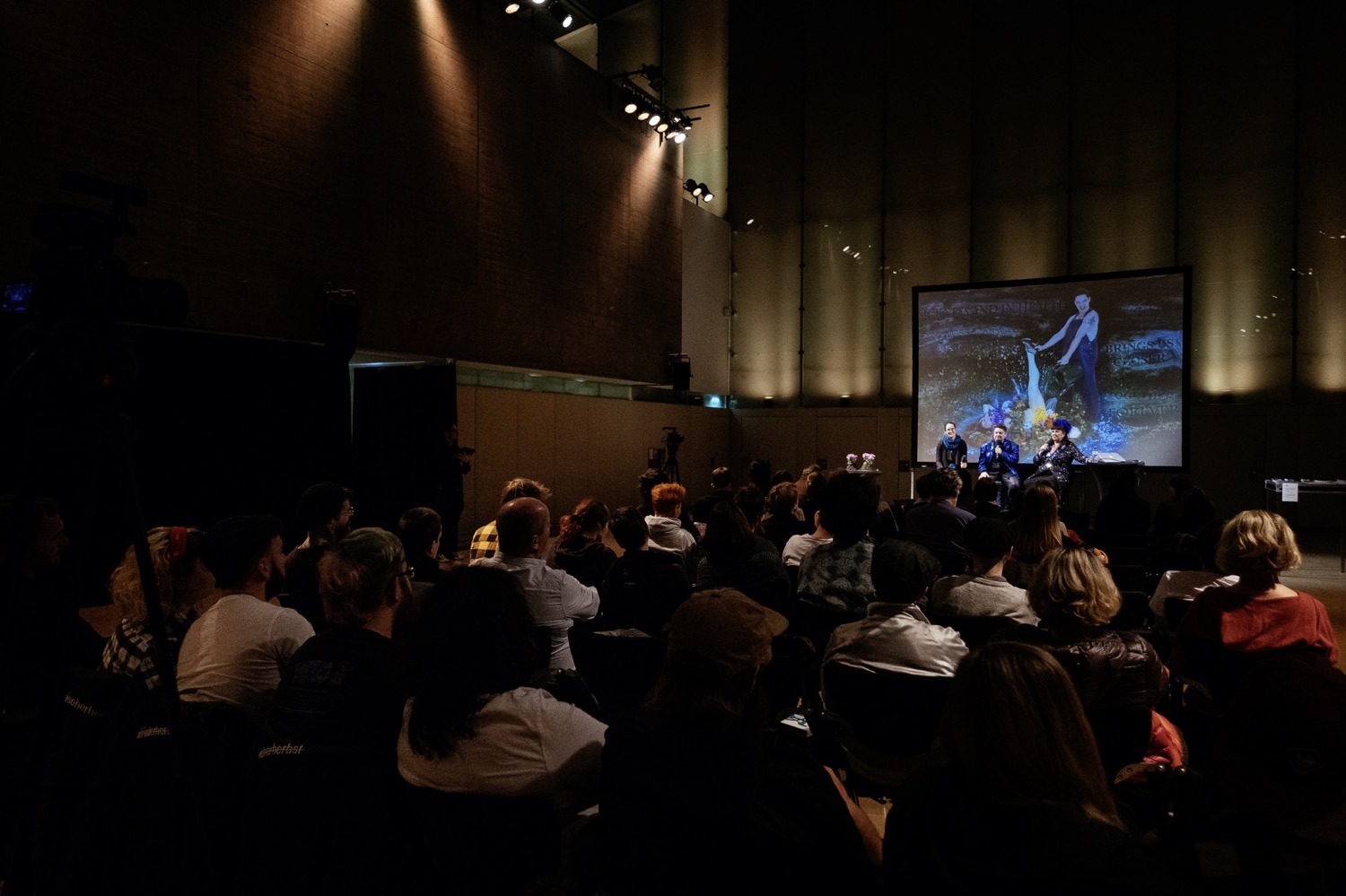 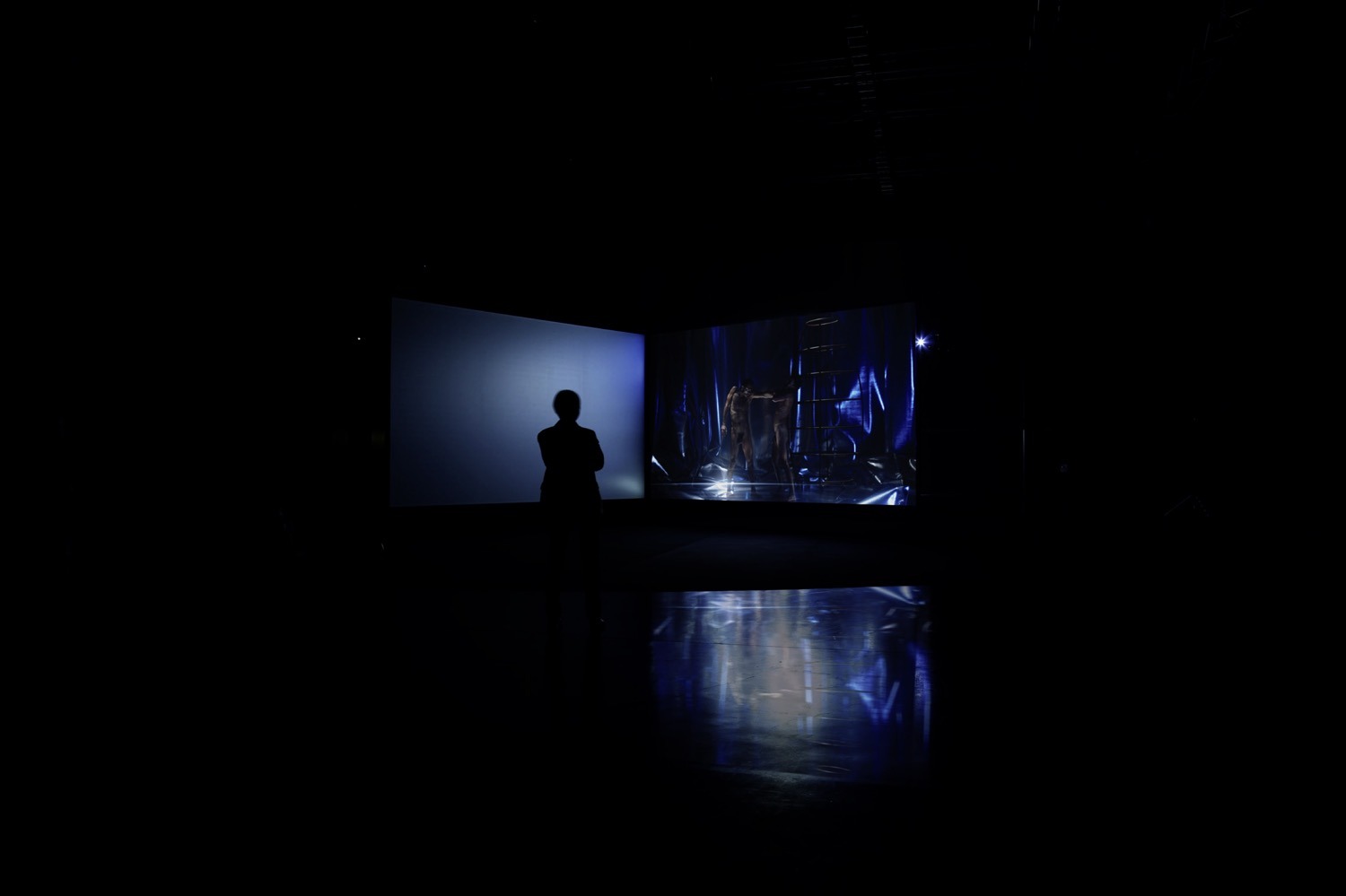 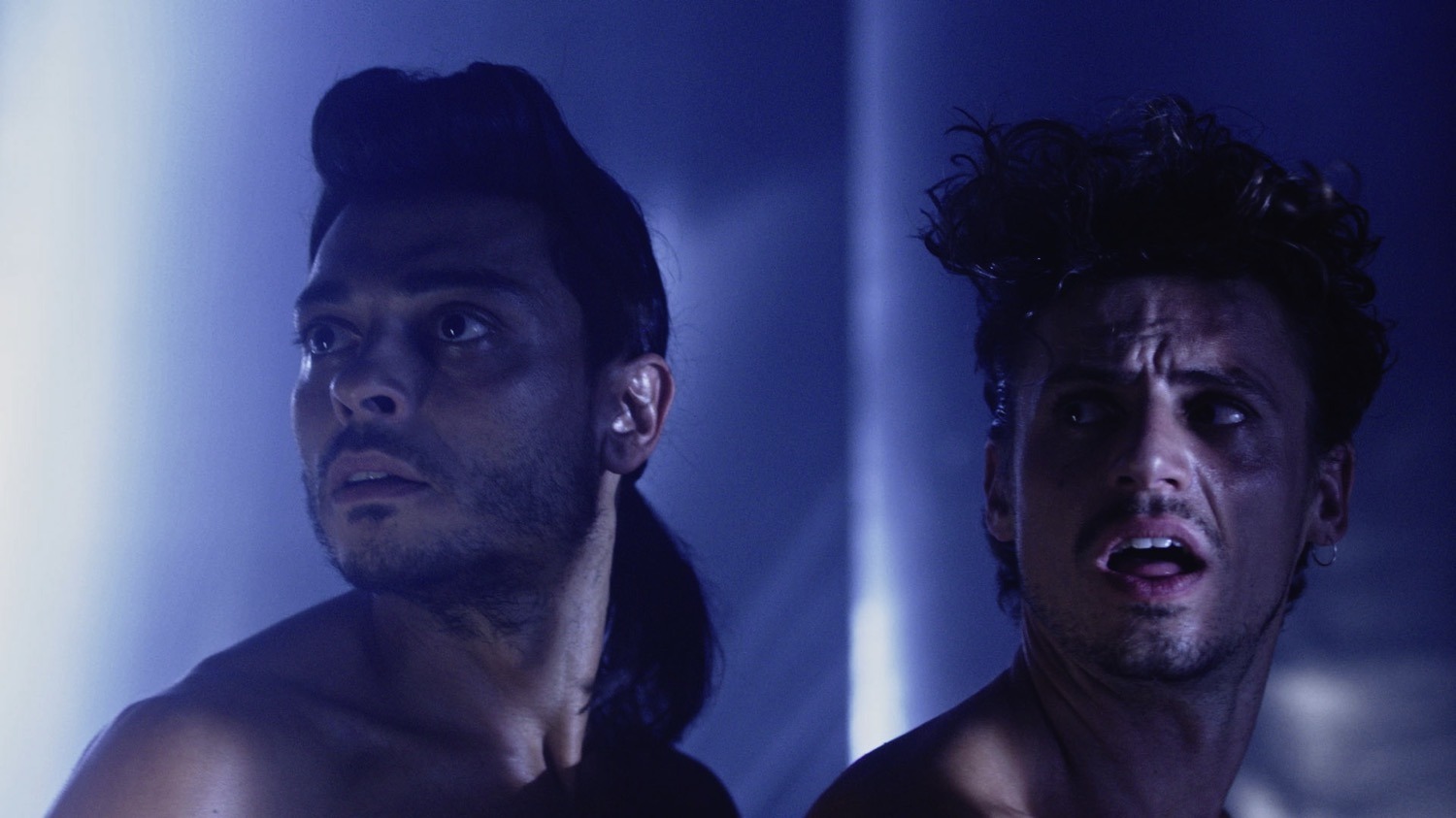 On 19 September, steirischer herbst ’19 opens its doors to the public in Graz and Styria. The title of the core programm Grand Hotel Abyss is a striking metaphor used by philosopher Georg Lukács in the 1930s to describe the European intellectual and
cultural scene in the face of approaching fascism.

The festival takes the combination of holiday pleasure and political crisis as a point of departure for a meditation on hedonism in troubled times. This could not come at a more appropriate time, given Austria’s recent political woes. Lukács’s image rhymes with the self-presentation of Graz and the surrounding region of Styria as a culinary and aesthetic pleasure zone, one of many bubbles of gastronomy, wellness, and organic comfort arising in times of heightened inequality, where praise of heirloom products might have creepy crypto-nationalist undertones.

steirischer herbst ’19 is the second instalment curated by Director and Chief Curator Ekaterina Degot and her festival team. The various artistic contributions form a bigger, comprehensive narrative which takes the form of an extended overall exhibition spread over roughly thirty venues in Graz and Styria. Some of its elements are installations, others performances, and, still others, discursive events or panel discussions, all specific to the larger parcours in time and space. Grand Hotel Abyss features artistic contributions by more than forty artists/artist collectives.

On the opening day, 19 September at 17:00, the festival kicks off with a speech by Ekaterina Degot at Landhaushof, followed by political oration by artist Zorka Wollny. At 19:00, the evening continues at Congress Graz with the Opening Extravaganza, featuring an immersive installation by Cibelle Cavalli Bastos, presented alongside tableaux vivants by Vienna-based artists Jakob Lena Knebl and Markus Pires Mata. The program unfolds with several surprise interventions by Jule Flierl, Manuel Pelmuș, Das Planetenparty Prinzip, and Alexander Brener and Barbara Schurz, while the artistic duo Elmgreen & Dragset make an ironic contribution to Austria’s confectionary landscape. The opening night culminates with a lecture performance by Gernot Wieland (21:00) followed by a playfully apocalyptic show by the flamboyant Icelandic duo Erna Ómarsdóttir & Valdimar Jóhannsson. A concert by Fatima Spar & The Freedom Fries completes the evening.

Installation projects at various locations transcend many historical contexts, unveiling buried conflicts. An installative work in Palais Attems comments on the grandiose decay of Counter Reformation aesthetics with contributions by Oscar
Murillo and Giorgi Gago Gagoshidze, among others. An installation in Graz’s Künstlerhaus includes new films by Jasmina Cibic and Jeremy Deller, as well as works by the late British maverick Ian Hamilton Finlay. Artist Nedko Solakov returns to the Cold War and its spy stories with interventions in various local hotel lobbies.

Ekaterina Degot and David Riff conceived an installation for Literaturhaus, which marks the first time that it is used as an exhibition venue by steirischer herbst. Titled The Life and Adventures of GL, the installation takes an artistic-curatorial look at the fictions and myths around Georg Lukács. Both institutions will cooperate to create a three-day festival, titled Weltmaschine : Österreich (3.–5.10.), with numerous discussions, performances (Boris Ondreička, 3.10.) and excursions.

At Grazer Kunstverein, Riccardo Giacconi looks at the abysmal “option” between fascism and fascism in 1940s Southern Tyrol and a filmic installation by Daniel Mann and Eitan Efrat at Forum Stadtpark investigates the hidden Nazi histories of radioactive gas used therapeutically by officers during the Third Reich.

Artur Żmijewski is looking for a place to hide from current political disaster in his own country as well as in others and Michael Portnoy deploys tongue-in-cheek optimism to show us the rather bizarre future of sex in his new monumental video work at Helmut List Halle.

Counterpositions, developed with publishing house CLIO and the Institute for Art in Public Space Styria, is a cluster of performative as well as installative interventions around political monuments. On 21 September at 10:45, Counterpositions’ Eduard Freudmann unveils an installation at the Befreiungsdenkmal in the Burggarten of Grazer Burg. Fellow Counterpositions members Elizabeth Ward and Thomas Geiger contribute performative interventions at the Jahn-Denkmal in Stadtpark (21.9., 10:00) and the Dr. Hans-Kloepfer-Büste on Schloßberg near Türkenbrunnen (22.9., 11:00), respectively.

A set of newly commissioned performative works completes the Grand Hotel Abyss program. Georgian director Guram Matskhonashvili stages the newest piece by London-based, Georgian-born author and philosopher Keti Chukhrov: a biting satire of the faux-internationalism of cultural theory today, in which the stars of the exotic contemporary discipline of post-prostitution studies converge for a congress in a small town in Georgia (Orpheum Graz, 20.9., 21.9.). Theater im Bahnhof from Graz invites the audience to join actors in a game that entails trying to escape the vicious circle of poverty (Markthalle Eggenberg, 21.9., 28.9., and 2.10., 5.10., 6.10., 9.10., 12.10.). For his adaption of Nâzım Hikmet’s monumental epic novel in verse, Human Landscapes, choreographer, theater director, and curator Michiel Vandevelde builds on his participation in steirischer herbst ’18, this time focusing on the second book and the luxuries of the elite and offsetting the voices of the privileged against a choir representing the masses (Großer Minoritensaal, 21.9., 22.9., 23.9.).

Director Bojan Djordjev and writer Goran Ferčec imagine an alternate utopian history of Yugoslavia for a luxury suite in Graz’s Grand Hôtel Wiesler (27.9., 28.9., 29.9.). In a synthesis of theater, visual art, and live music, Ariel Efraim Ashbel and friends joyously tackle nothing less than the end of civilization, inspired by Francis Ford Coppola’s Apocalypse Now (Orpheum Graz, 28.9., 29.9.). In his latest novel Russian author Vladimir Sorokin also envisions a postapocalyptic world, in which books are rare commodities and chefs prepare lush meals on their burning pages. Director Blanka Rádóczy stages an expanded monologue following one of these culinary adventures (Museum für Geschichte, 9.10., 11.10., 12.10.). Food and its politics are the topic of the theatrical text montage by Moscow-based director Andrei Stadnikov and his collaborators, which closes the festival’s performative program (Maria Verkündigungskirche in Kroisbach, 11.10., 12.10.).

Both the performance program of Grand Hotel Abyss and the installations, will be accompanied throughout the festival by artist talks about the respective works and tours provided by the Office of Open Questions. On the opening weekend, the acclaimed sociologist and theorist of today’s emotional capitalism, Eva Illouz, kicks off the festival’s discursive program, titled Ideen (Ideas). The series of talks will bring important international writers and researchers to Austria, including anthropologist Michał Murawski, sociologist Stephan Lessenich, as well as Beth Stephens and Annie Sprinkle, who will present their concept of eco-sexuality on 6 October.

The core program is accompanied by a rich and varied Parallel Program by local cultural institutions, including Alte Galerie in Schloss Eggenberg, BRUSEUM / Neue Galerie, esc medien kunst labor, Haus der Architektur, Kunsthaus Graz, kunstraum_8020, Pavelhaus, prenninger gespräche, < rotor > Zentrum für zeitgenössische Kunst, Schaumbad – Freies Atelierhaus Graz, the smallest gallery – place for photography. In addition to this, we are happy to embark on a close collaboration with STUBENrein, a festival situated in the site-specific surroundings of Murau and, as always, musikprotokoll, a festival platform dedicated to contemporary and experimental music.