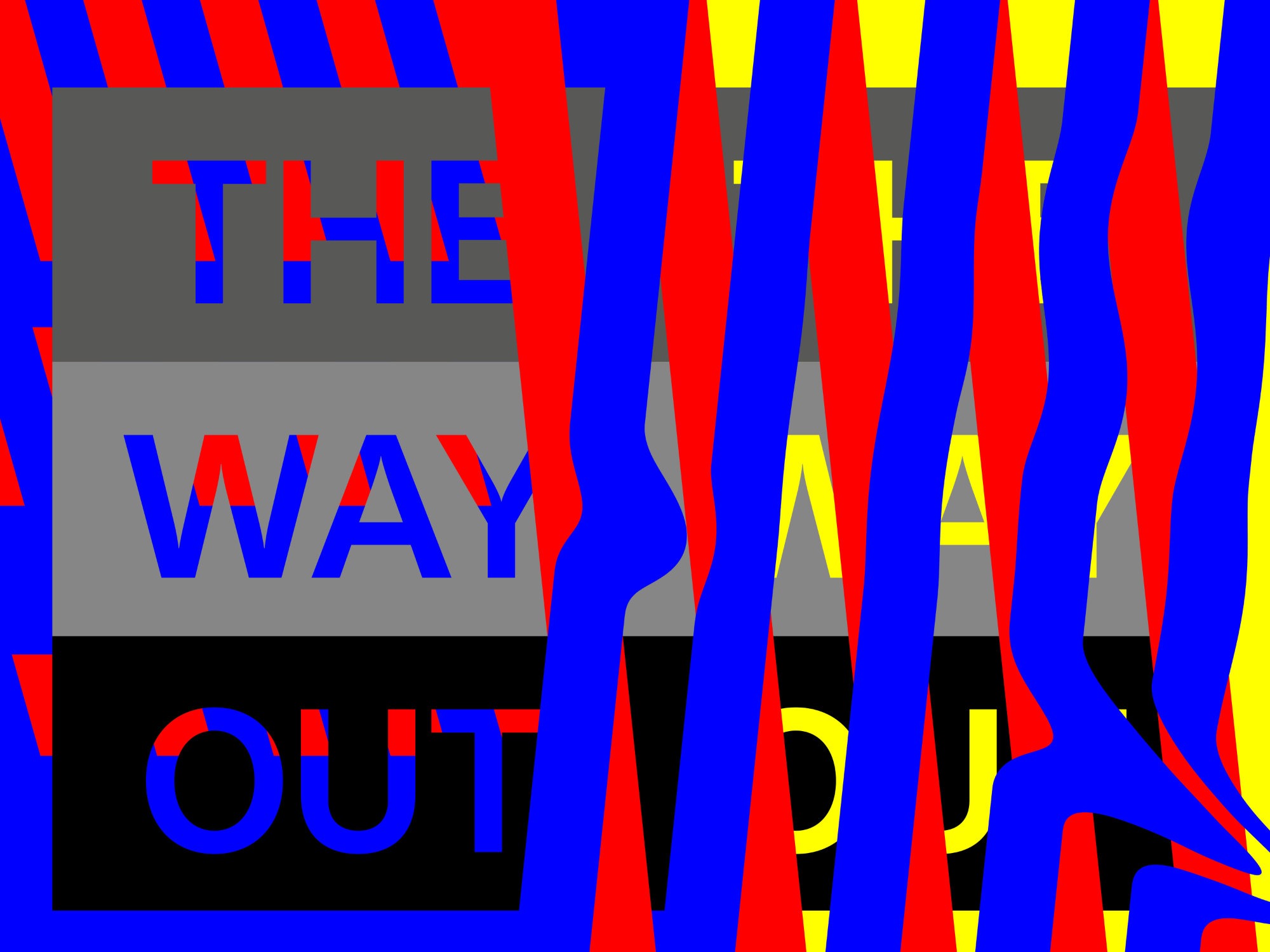 Steirischer Herbst 2021: The Way Out 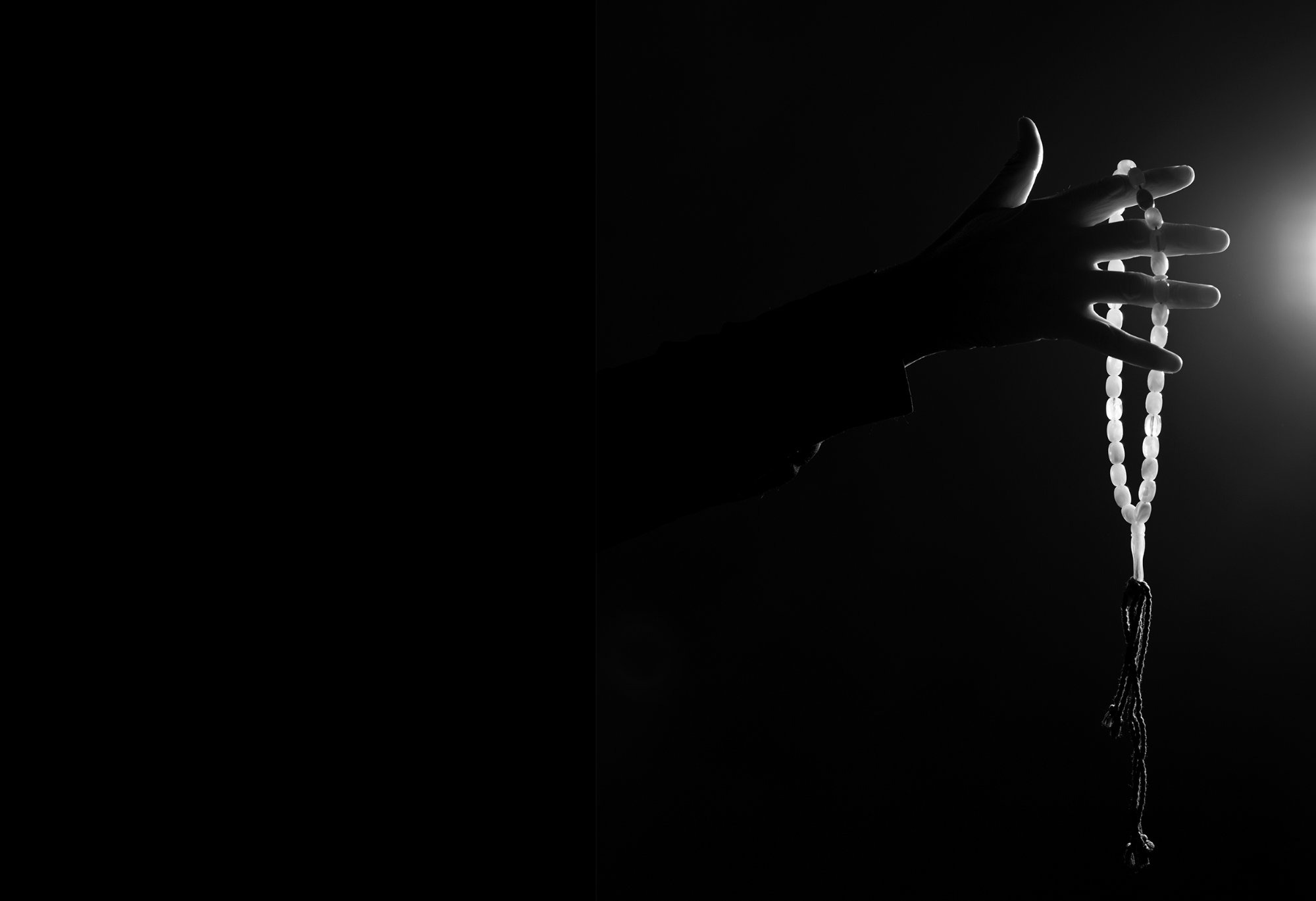 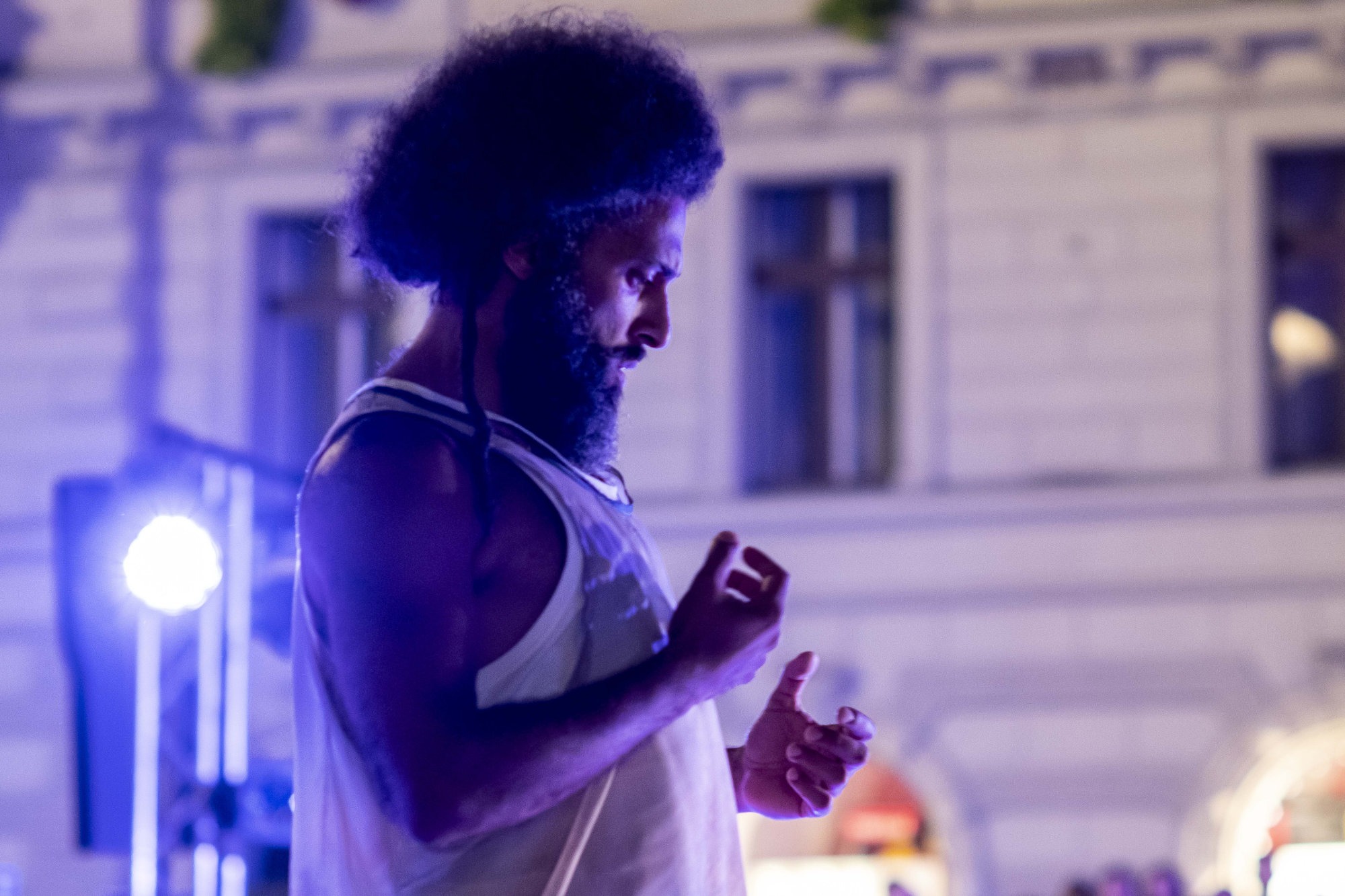 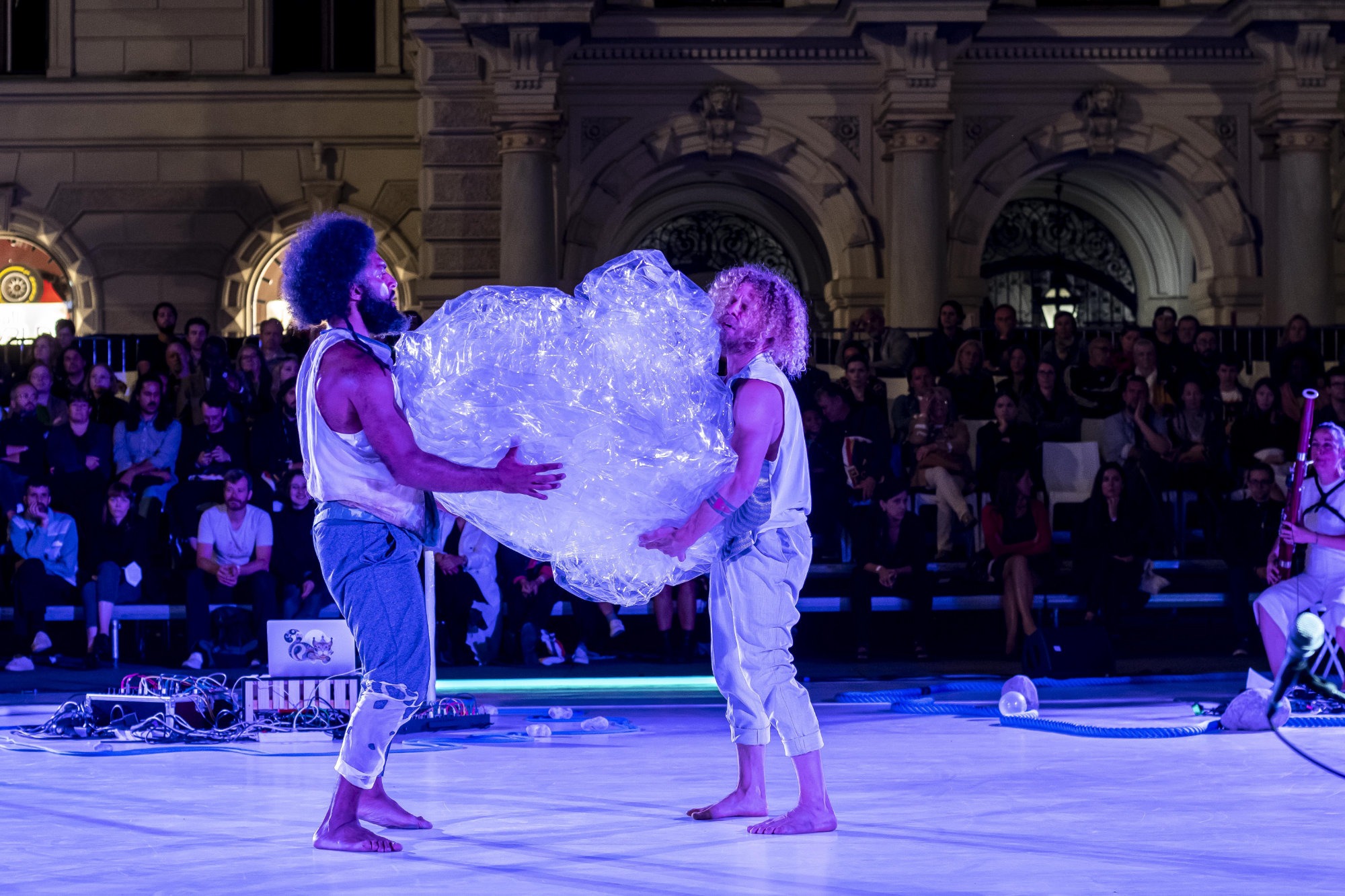 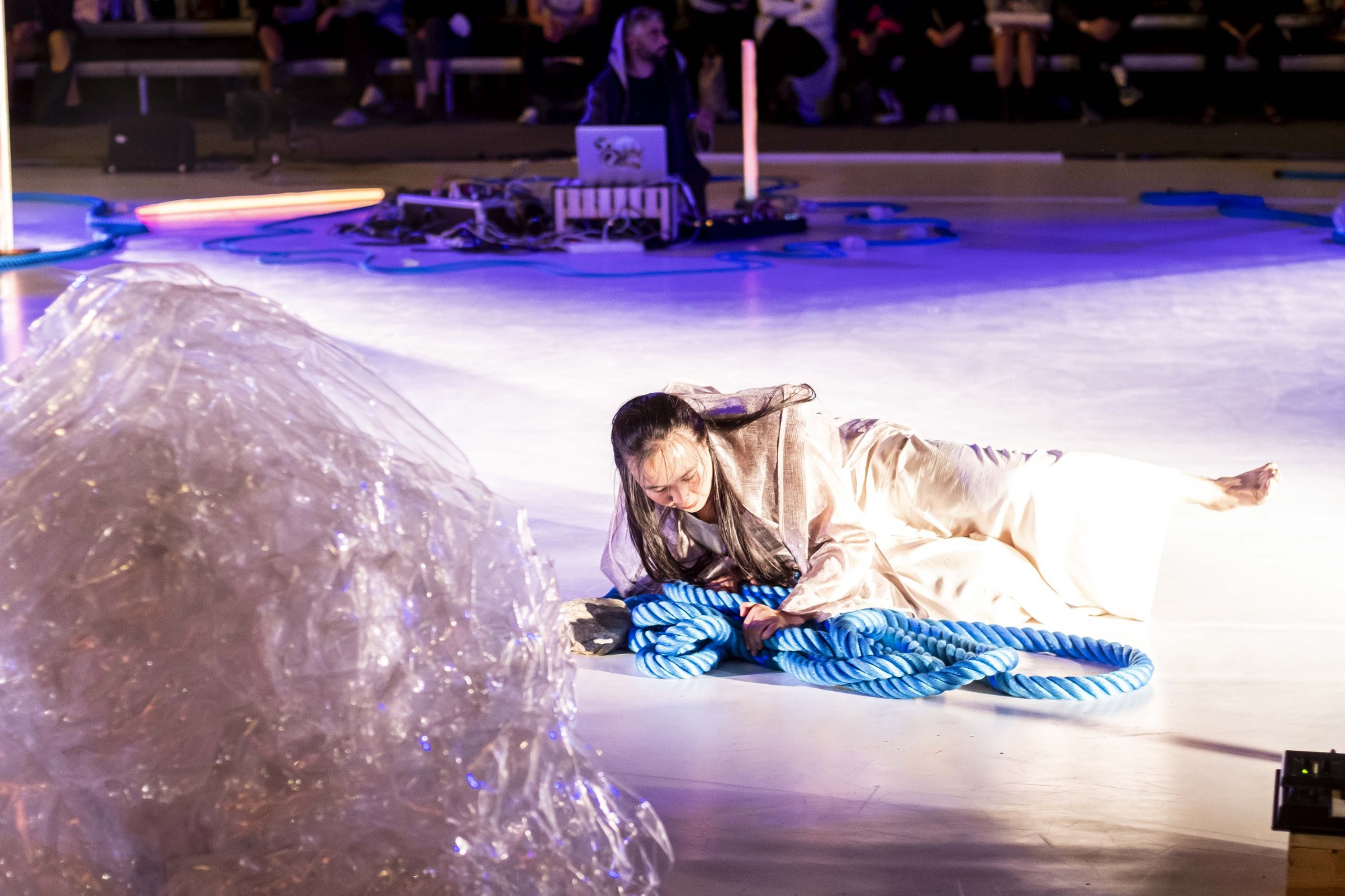 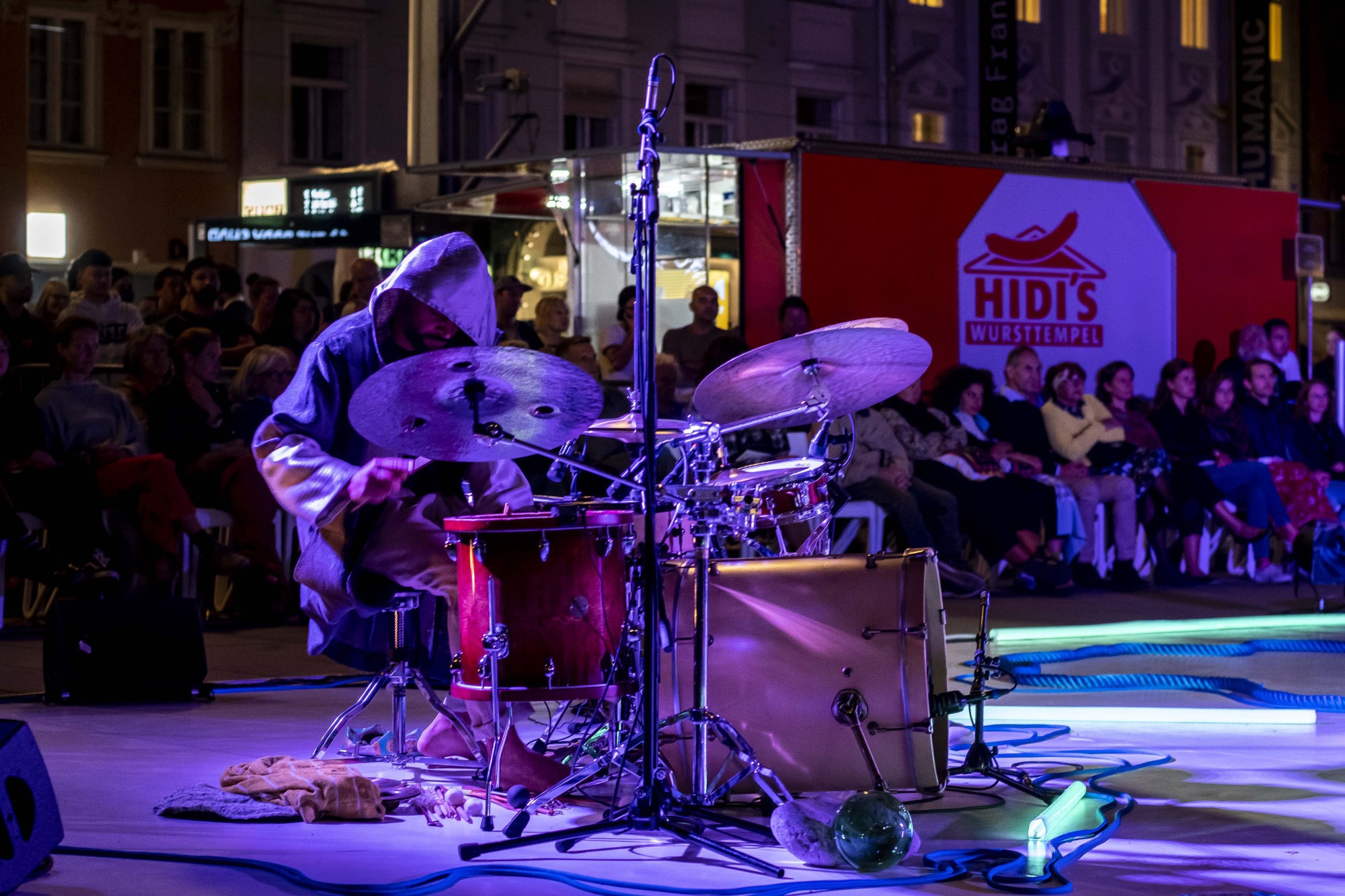 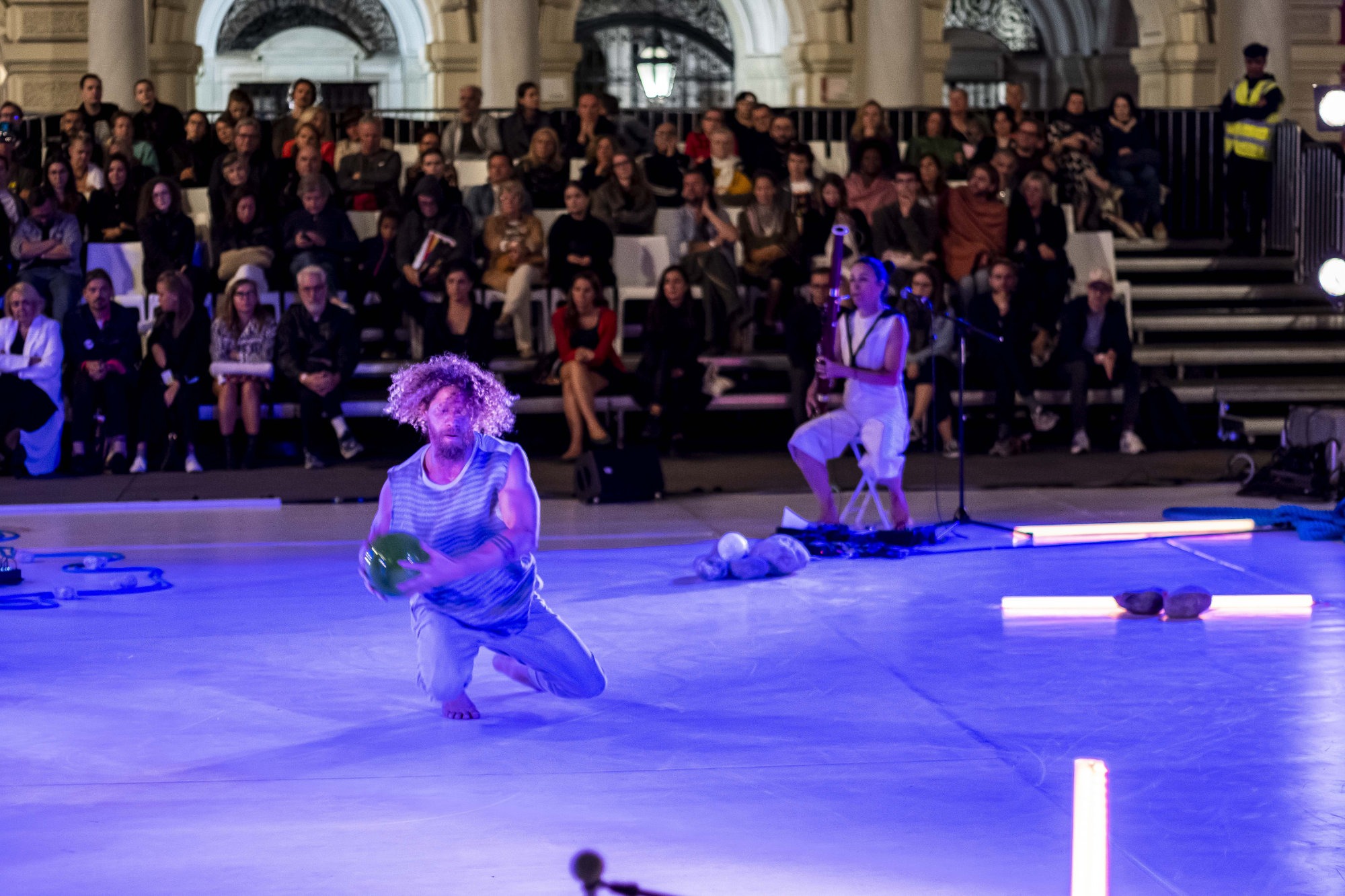 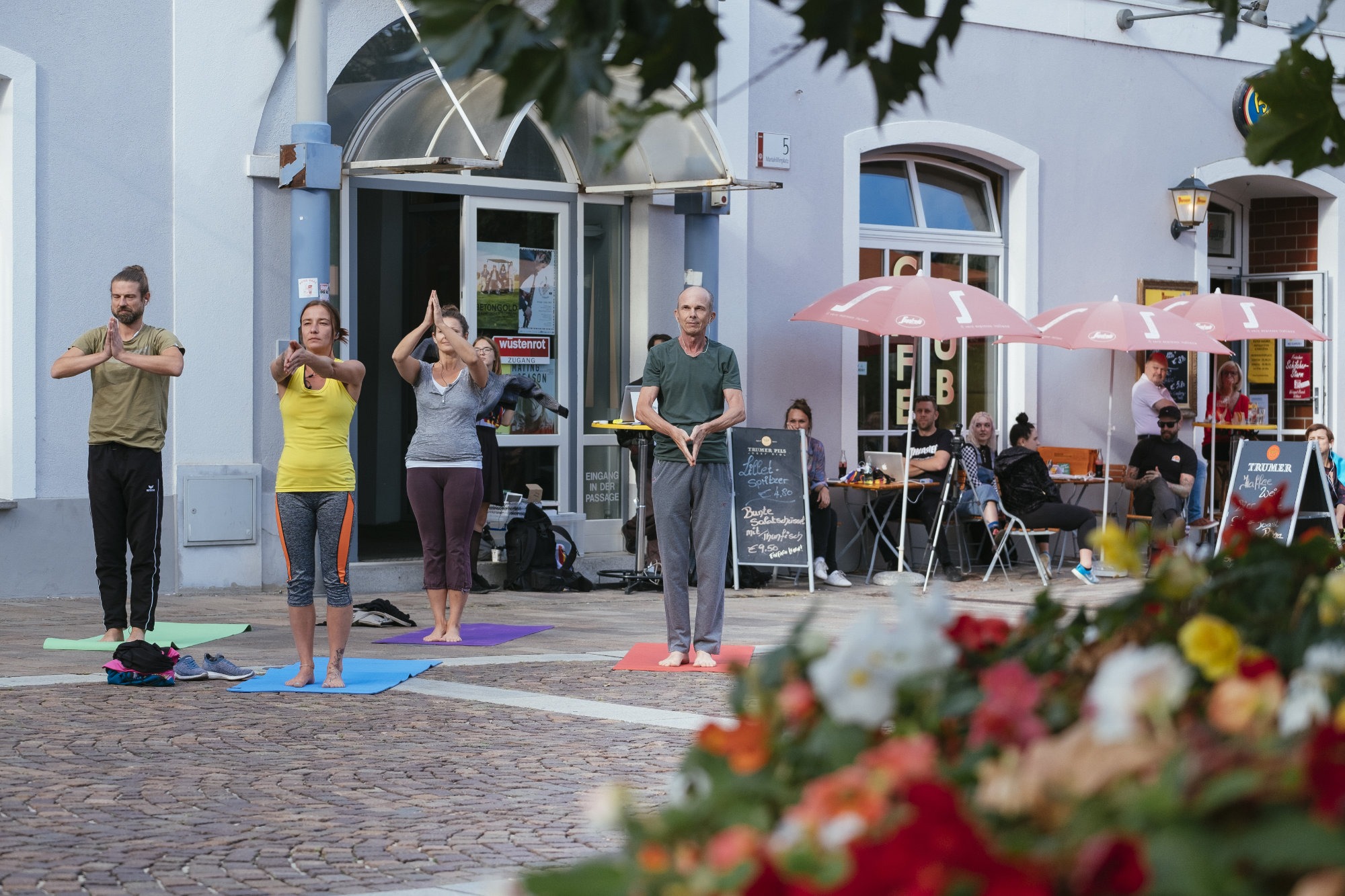 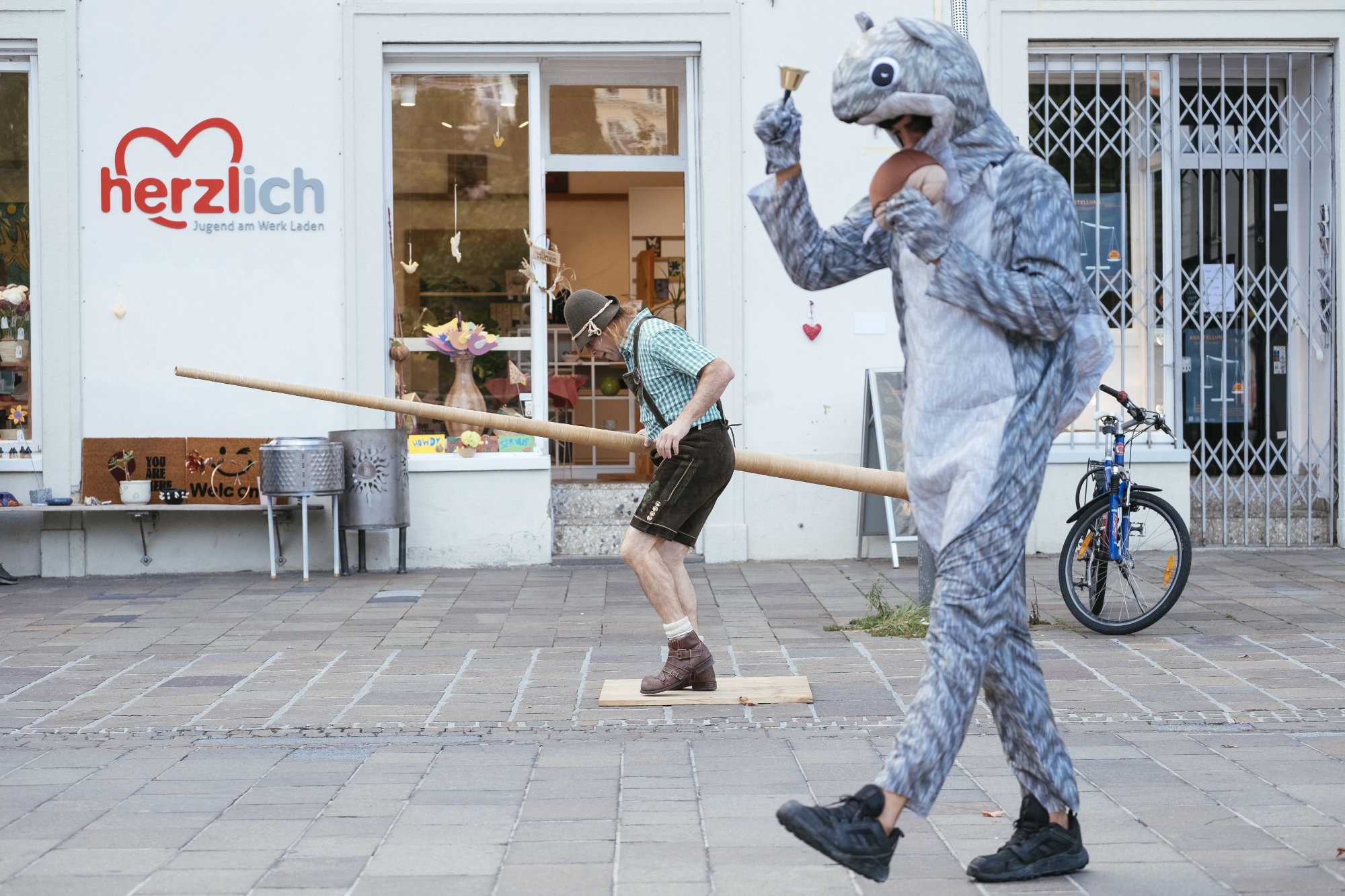 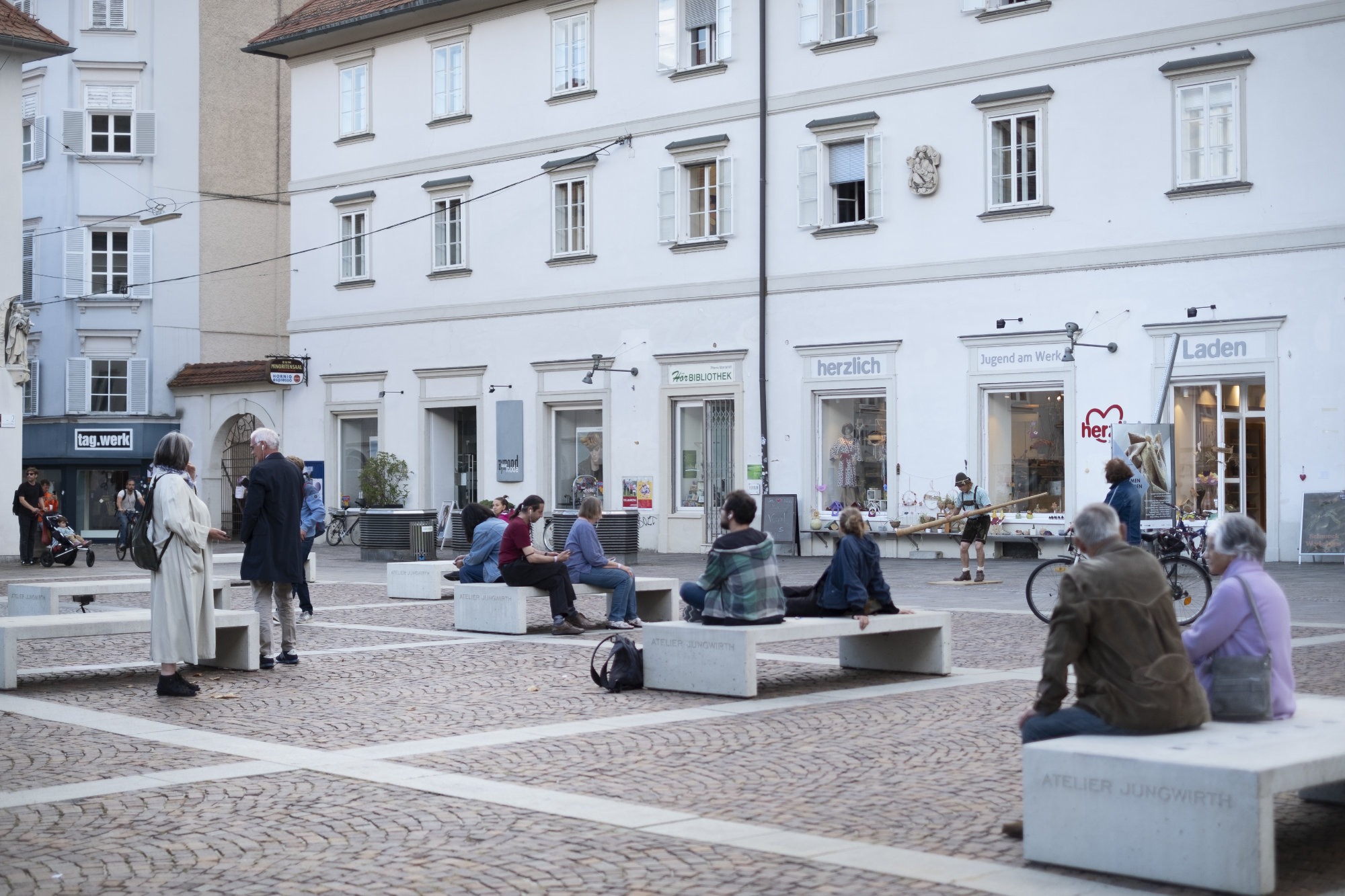 It happened during the lockdowns of the COVID-19 pandemic. As entire populations were kept in domestic confinement, the arts too had to work from home. Which, as it turned out, was not so bad. Not only was there a boom of cultural consumption, with streaming services offering films, operas, plays, and documentaries; active amateur creativity also flourished—with operas, dances, and museum paintings staged for social media, in the quirkiest of forms. For many artists, there was nothing new about creating art at the kitchen table, and many of the forms generated by social media even resemble postconceptual practices. Yet strangely, contemporary art was mostly absent from the lockdown culture boom. Its institutions were not missed, unlike theaters or even traditional museums, and the feeling, it seems, was mutual. While even high fashion and Hollywood were busily rethinking their strategies, our own field has mostly been waiting for the pandemic to pass, while at same time debating the paradigm shifts to come.

It was with these issues in mind that we at steirischer herbst formulated our 2020 edition, Paranoia TV, most of whose content was specifically created for online distribution. In retrospect, this was less an apology of art’s migration to augmented reality and more a plea for the re-infiltration of the domestic sphere, where watching television is the main pastime. It is with similar, possibly idealistic intentions that steirischer herbst ʼ21 is again seeking to reach out to “normal people,” even if this time our slogan is The Way Out, with many events and artworks outdoors, and some arriving at people’s doorsteps. The Way Out is of course also a metaphor. Its gist is to break out of the white cubes of art institutions into aesthetically non-sterile environments, to risk the direct competition with street noise, visual pollution, and political dirt, and to win or to fail.

Such intentions to leave behind the hallowed halls of institutional space have a history. The avant-gardes of the 20th century were constantly searching for a way out of Art, with a capital A, toward Life, with a capital L. Reaching beyond the high-art framework, they aimed their sights at things that could neither be sold nor collected, and could sometimes be even hardly acknowledged as art, if at all. Gradually, such extra-institutional practices created a new institutional system. Its by-now global network produces, displays, and sometimes collects precisely the kind of “non-objective” works the avant-gardes dreamed about, from performance to ephemeral conceptual propositions, from social projects to video. With time, this self-sabotage of high art or its superficial markers (beauty, form, cathartic potential, affect, or even sheer “retinal” visibility) became a recognizable modus operandi of contemporary art which every art school student learns as a freshman.

Today, however, this might be changing. As more and more people are recognizing, such an aesthetics has generated and valorized meritocratic thinking (to which the early avant-garde was far from immune), according to which people who understand and accept contemporary art’s anti- and post-aesthetic gestures are a better lot, including politically, as they are more open, more democratic, and more modern. Clearly, this privileged knowledge of an art beyond art extends only to those with the right social background (and the right ethnic makeup). This way of thinking might not be self-evident in Western democracies, where it is veiled by remnants of social guarantees and public patronage of artist autonomy. But in “modern autocracies” such as Russia or Saudi Arabia, this function of art becomes very visible: contemporary art is constantly used to prove that “we are better than the others,” by actors ranging from governments looking for leverage in international dialogue to artists themselves, who need some exceptional status in their own country just to survive.

Of course, the ability to offer protection to endangered species of artists is one of the great advantages of visual art’s institutional system. Its enormous flexibility—something it enshrines as a fundamental freedom—allows it to preserve and protect all kinds of practices. Anything an artist produces, in any medium, form, physical shape, or the lack thereof, can be called art, and it will be accepted and absorbed by the system in some form. Even the market, previously more conservative, is changing and opening to non-fungible tokens and other ephemeral trading objects. It is nearly impossible to imagine a discussion along the lines of “this is not art” among contemporary art practitioners, at least not in the same way as a similar discussion about literature or theater, in which literature and theater establishments might protect themselves from too radical experiments. Visual art sees itself as a refuge for everything “avant-garde” and too hard to swallow by the institutional systems of the film industry, architecture, the music world, big theater houses, publishing, or even science and politics.

A “this is not art” discourse does exist, but its target is everything that is “not radical enough”; it applies to anything considered kitsch, defined in a way still reminiscent of modernist critic Clement Greenberg, through its crowd-pleasing qualities. This means that the art system tends to be immediately suspicious of anything a general audience might like. It is built in a way that does not really welcome, or even require, uninitiated spectators, especially because it overproduces initiated niche audiences through art education.

Again, this is a historical result of the early avant-garde’s efforts, as it positioned itself as an audacious self-proclaimed “bohemian” elite. While goading and provoking the established bourgeoisie, it also needed real elites with whom to bond. Collectors and patrons from financial and political circles of power have been supporting art since the early 20th century. More recently, perhaps to survive the neoliberal erosion of formerly unequivocal state support, art has sought out an alliance with academia, which is growing ever stronger and gives artists themselves many new perspectives. But at the same time, it creates more and more discouraging barriers for a broader audience.

The view of the avant-garde as a token of systematic superiority was strongly shaped by the Cold War, at the height of which steirischer herbst was founded. At that time, the avant-garde and contemporary art were often called upon to represent the advantages of the Western system over the rest of the world, where, allegedly, kitsch or at best folk art prevailed. Of course, folk art also persisted in parts of the West like Styria, where it stood for local patriotism and sometimes more ominous forces. steirischer herbst was founded as an effort to come to terms with this presence and search for a more fruitful connection between modern experiments and regional art forms—including those on the other side of the Iron Curtain. This has created an underlying tension that the festival’s different directors and contributing artists have dealt with in very different ways. Some have positioned the festival as an intervention or cut in the city’s everyday life, a challenge to its conservatism, while others have openly drawn upon popular forms like the circus or variety theater to address broader audiences. This effort was always politically coded—as an attempt to evade the binaries of Cold War thinking in one direction or another.

Today, that Cold War might be a thing of the rather distant past, but the underlying tensions remain. Decolonial thinking’s long overdue march through the art institutions has been decentering the story of Western modernism and its exclusion of all but a narrow set of formal practices, and this has led to the rediscovery of many great artists previously neglected. At the same time, new (false) binaries are emerging. For instance, the mechanical superimposition of US (anti-)racism onto Central Europe in the wake of Black Lives Matter wholly disregards the really existing inner-European racisms and patterns of discrimination. It also imposes a politics of representation in which the right to an aesthetic “otherness” (that would include a narrative approach, figurative painting, crafts, literary spirit, or theatricality) is not given to all, but heavily regulated and racialized as a “minoritarian” voice speaking to a small and enlightened minority, defamed as “woke” by the Right. As much as one should resist falling for this talking point, its persistence highlights that the great issue at stake today is art’s overarching social isolation. Can contemporary art even survive without this deep conviction of being superior to everything that is not contemporary enough?

Today, the way out of this conundrum is often seen in the terms of “care,” which is hardly surprising given the general preoccupation with health and its fragility after the pandemic. “Care” becomes something very literal and takes on a psychological dimension, alongside “nurturing,” which, perhaps rightly, assumes the audience to be weak and exhausted, infantile, and victimized, needing safety rather than criticism, solace rather than mobilization, and guidance rather than entertainment. It is a big responsibility for a curator to become a caregiver of such a kind, to protect artists and audiences from their hostile surroundings and from one another.

One could, however, imagine a very different, more confrontational notion of care, an “I do care” anti-Melania attitude that was historically crucial to art’s social and political engagement. This ethic involved radical concern for both people and art. That meant questioning power and politics, but also maintaining a critical attitude toward an audience that doesn’t care enough about art and its specificity, just like it doesn’t care about most of the burning issues of the day.

Nowadays, there is no lack of burning social and political issues or confrontations to be sought. Contemporary art certainly addresses them and can even be guilty of flat “aboutism” and topic-hopping, offering a more convoluted and at the same time dogmatic interpretation of what one reads in the newspapers. Discussions of artistic autonomy are considered reactionary, while the institutional autonomy of art has only increased, bolstered by its academic interdependencies. Unlike museums, who are still criticized for their ivory tower arrogance, smaller art institutions and nonprofits actually can and sometimes do live without audiences other than fellow artists and critics, for whom they create a safe space and a caring environment. Today’s art institutions are often constrained to work in a mode of imaginary active participation, as real audiences might give these institutions a wide berth. This self-isolation represents a huge blind spot of contemporary art, especially when it consists of social, activist, engaged, and participatory practices.

Why don’t we all, as curators, try to work in a different direction for a change? Discursively—to give more space to fiction, to stories whose moral is not so evident, to nuance, and ultimately to dialectics. To escape our comfort zones and safe spaces, to refuse to be among our own all the time, whatever this “our own” might be, and to give others the right to talk about us and to judge. To fight dogma, and to notice, not without surprise perhaps, that even some Netflix shows are offering a more subtle view of controversial social issues than many curatorial projects. Institutionally, we must try to be more open to very different audiences, locals in the first place, but also to those who traveled to see the project, and not by making art simpler, but the other way round: by making it as complex as life itself. Perhaps this will even resolve the issue of so-called universalism and its construed conflict with the local and the particular.

We might want to work in public space for the actual public. Like theater actors and directors sometimes do, we could refuse to have performances without audiences and just for the press. We could reconsider the usual practice of always taking photos of installations at eight in the morning, when the audience is not yet there. Artworks will look much better with audiences in the picture.