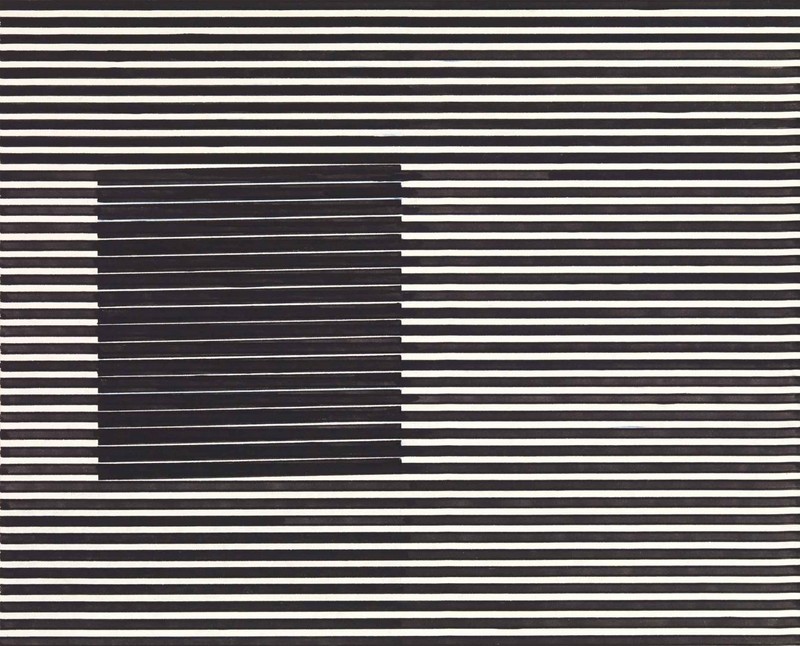 Stephen Friedman Gallery is pleased to present Argentinian artist Manuel Espinosa's first ever European solo exhibition. Considered one of South America's most innovative painters, Espinosa (1912-2006) was a leading proponent of Concrete art who embraced variation as a true method of exploring and understanding form. This exhibition, organised with the estate of the artist, includes paintings from 1968-1970 and drawings from 1968-1983 and follows on from the artist's major 2013 retrospective at Museo de Arte Contemporáneo de Buenos Aires.
Espinosa, a forerunner in the field of geometric art, first established himself in Buenos Aires as a painter of surreal symbols and figures in his early career. His artistic trajectory changed dramatically in 1943 when he visited Montevideo and met Joaquín Torres-García, the founder of Constructive Universalism. After a year, Espinosa moved away from his surrealist compositions and began making paintings and drawings marked by spare outlines of recognisable shapes. This conversion led to his becoming a founder member of ‘Asociación Arte Concreto-Invencion' in 1945, one of the pillars of avant-garde Concrete Art in Argentina. The group, which also included artists Tomás Maldonado, Alfredo Hlito, and Raúl Lozza, sought to develop a visual language for a post-war, industrial world. Their work broke from the figurative tradition, focusing instead on geometric elements and colour. ‘The artistic era of the representational fiction has reached its end,' they proclaimed in a 1946 manifesto.

In the 1950s Espinosa travelled to Europe and made contact with some of the leading constructive artists of the time including Max Bill, Georges Vantongerloo and Friedrich Vordemberge-Gildeward and members of leading Italian Concrete Art groups ‘Movimento di Arte Concreta' and ‘Forma'. Espinosa found affinity with their belief in the practice of creating variations upon a theme that could offer a systematic and precise understanding of a particular form. Following this, Espinosa rigorously pursued geometric abstraction characterised by the repetition of squares or circles in the composition. Espinosa used different shades of overlapping colour as a means of imposing order on the rhythmic fluctuations of the compositions, with each work conveying a bold optical sensation that generates an impression of depth and movement.

By the 1960s, Espinosa was established as a modernist artist and he participated in numerous landmark exhibitions organised by the Argentinean critic and champion of the avant-garde Jorge Romero Brest. From the mid-sixties to the early-eighties Espinosa's work took on a far more definitive form with kinetic and spatial effects. Constructed of geometric elements and charged with multiple variations and luminous opticality, these paintings and drawings are characterised by a rigorous system of order. At this point, Espinosa's philosophy was fully formed and it is this body of work that cements his status as one of the leading figures in the Golden Age of Latin-American Constructive Art.

‘Manuel Espinosa' is accompanied by a 72pp fully illustrated catalogue co-published with Sicardi Gallery, Houston, which includes an in-depth essay in English and Spanish by writer and curator Cristina Rossi.
www.stephenfriedman.com