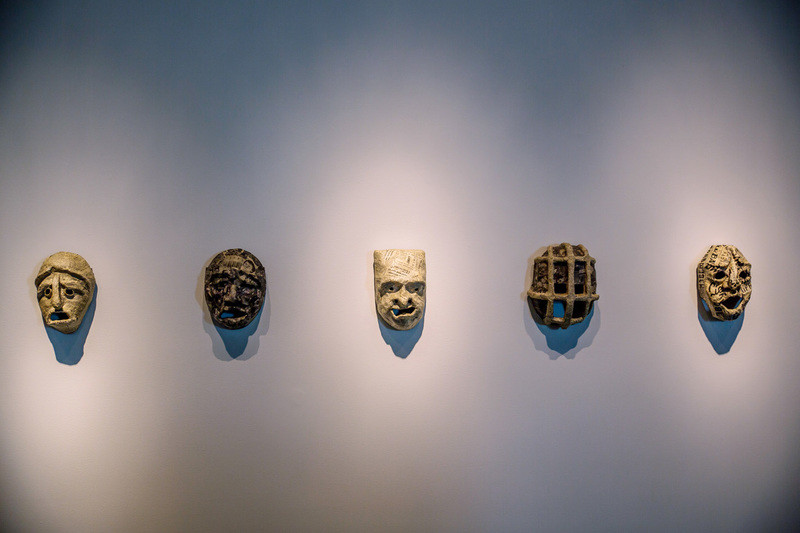 My Barbarian is a collective that includes Malik Gaines, Jade Gordon, and Alexandro Segade - it was founded in Los Angeles in 2000. Their solo exhibition at Susanne Vielmetter Los Angeles Projects will include video, live theatrical performance, and objects that explore feminist legacies, the symbolism of a maternal order, first loves, and the group's personal negotiations as daughters, sons, students, teachers, and working mothers. The exhibition title combines the “Universal Declaration of Human Rights,” which was co-authored by Eleanor Roosevelt in 1948, and Melanie Klein’s 1929 essay “Infantile Anxiety Situations Reflected in a Work of Art and the Creative Impulse.” Klein’s research on children’s relationships to their mothers and to objects inflected her argument that many artists produce objects as a way of playfully working through their experience of the maternal relationship. Using these and other influential texts, My Barbarian traces the modernist precedents for their work along a maternal line.

My Barbarian’s new video, Working Mother (2013), stages playful scenarios that convey both continuity and change in feminist, conceptual artistic, and familial projects as they move through generations. In a series of interconnected "short films," Gaines, Gordon, and Segade perform with their own mothers as well as influential artists Eleanor Antin and Mary Kelly, enacting a personal and political matrilineage. Costume, period, and genre animate each scenario, raising historical questions that collude with sentimental concerns. While the haunting refrain of the Shangri-La's "I Can Never Go Home Anymore" raises a specter of generational melancholy, the video ultimately suggests an affirmative model of imagination and transformation.

The group will also stage an adaptation of Bertolt Brecht's 1932 play The Mother in the main gallery space. The story of a mother of a factory worker who becomes increasingly radicalized, this example of didactic Marxist theater stages the power of the affective maternal relationship in fostering social change. The play considers the role of art within capitalist constraints and promotes the critical roles artists can perform.

Hand-made masks and drawings associated with this performance will activate the gallery space for the show's duration. These objects are informed by cues taken from European modernist theater and combine expressionist, surrealist, and social realist sources. The masks represent estranged characters and are made from papier-mâché that incorporates the pages of antique Soviet magazines. The drawings are made from charcoal and oil-stick on paper and are incorporated into scenic projections that depict abstract locations. These drawings and projections refer alternately to the political drawings of Käthe Kollwitz, surrealist engagements with the unconscious and language, and the flat woodcuts of the modernist painter Mary Cassatt, whose images of motherhood inform the entire exhibition. In keeping with Brecht’s theories of epic theater, the performances will be staged on a site-specific triangular stage that will remain in the space for the remainder of the exhibition as a site for possible action.