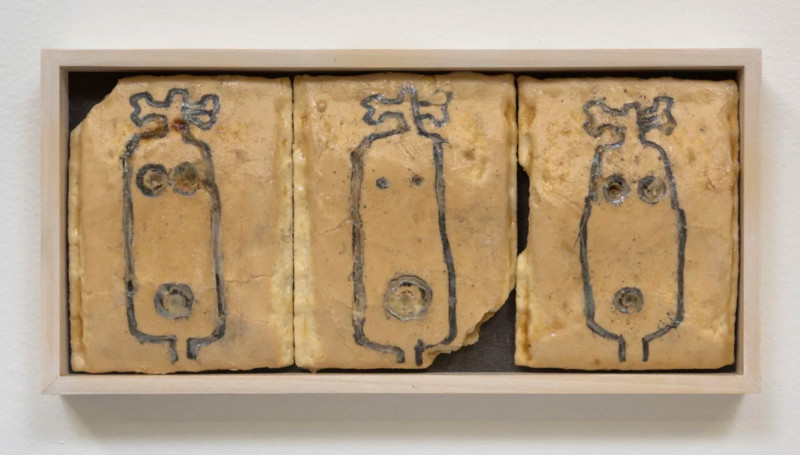 Pope.L is a visual and performance-theater artist and educator who makes culture out of contraries. He has been making multidisciplinary works since the 1970s, and has exhibited internationally including New York, London, Los Angeles, Vienna, Montreal, Berlin, Zurich, and Tokyo. He is a featured artist in the book "Intersections" edited by Marci Nelligan and Nicole Mauro, and Darby English's "How to See a Work of Art in Total Darkness." He participated in the New Museum's 2010 - 2011 exhibition "The Last Newspaper" with a reenactment of his infamous "Eating the Wall Street Journal" performance. In 2011, the Museum of Modern Art in New York invited Pope.L to participate in their FluxKit project. He is the recipient of the 2012 Joyce Foundation Award to create "Pull!" a large-scale public project presented through Spaces Gallery, Cleveland, OH. In 2013 he created the performance / film project "A Long White Cloud" at Te Tuhi, Auckland, New Zealand, and presented the solo exhibitions "Colored Waiting Room "at Mitchell-Innes & Nash, NYC; and "Forlesen" at The Renaissance Society, Chicago, IL, which also published the accompanying 2014 monograph "Pope.L: Showing Up to Withhold." His work was presented as part of the 2014 exhibitions "Ruffneck Constructivists" at the University of Pennsylvania's Institute of Contemporary Art and "Radical Presence: Black Performance in Contemporary Art" at Walker Art Center, Minneapolis, MN; and in the solo exhibitions "Claim" at Littman Gallery, Portland, OR, and "Gold People Shit in their Valet," at Galerie Catherine Bastide, Brussels, Belgium. The Geffen Contemporary at MOCA, Los Angeles, CA, presented his 2015 solo exhibition "William Pope.L: Trinket."
www.vielmetter.com