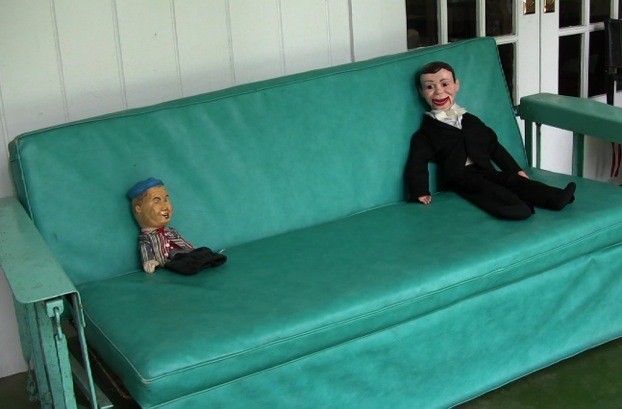 Susanne Vielmetter Los Angeles Projects is pleased to present a solo exhibition of painting, video performance and installation by Rodney McMillian. In his work, McMillian explores the complex and fraught connections between politics and the body, not only as they are expressed in American political culture, but also as they are manifest in American modernist art traditions. At its core, his work negotiates between the body of a political nature and the politic of a bodily nature.

The work in this exhibition interrogates underlining principles of Ronald Reagan’s War on Drugs campaign in the 1980’s, a program that ultimately had more to do with race than with drugs. Reagan’s Neshoba County Fair speech, delivered August 3, 1980, was a significant moment because it marked his use of a Southern Strategy: a race bating strategy, conceived by a desire among white elites to exploit the resentments, vulnerabilities, and racial biases of poor and working-class whites for political and economic gain. McMillian’s current exhibition, “Against a ‘Civic Death’: an overture,” gesturally negotiates this American political strategy and begins to unpack its continued use in today’s political landscape.

“Representation of a Landscape as a Wall,” a psychological interpretation of a Southern terrain, is a 45 foot painting used to sculpt the interior of the first space of the gallery. The second gallery contains a video and drawing installation entitled “Neshoba County Fair”. The drawings feature portraits of nameless, Euro-ethnic Americans, dated from 1942-1956, made by Horace Taylor, a little known Southern artist. In the exhibition, these portraits become an audience for McMillian’s video of puppets enacting Reagan’s campaign speech that used coded language to represent Jim Crow era sentiments. The inclusion of these drawings continues a dialogue about the nameless and unknown participants in a political history.

Two other videos are included in the exhibition, “Dummies on a Porch Swing” and “A Song for Nat”, both shot on Dockery Farms, a cotton plantation established in 1895 in the Mississippi Delta. The former appropriates excerpts from a 1981 interview with Lee Atwater, the controversial strategist and advisor to President Ronald Reagan. The latter, using the genre of horror films, explores ideas around reparations.

Born in Columbia, South Carolina in 1969, McMillian lives and works in Los Angeles. He received his MFA in 2002 from the California Institute of the Arts and his BFA at the School of the Art Institute of Chicago. McMillian has had solo exhibitions at the ICA Boston, Boston (2009), the Kitchen, New York (2008) and Triple Candie, New York (2005). His work has been featured prominently in important group exhibitions, such as Blues for Smoke, currently at the Museum of Contemporary Art, Los Angeles; the 2008 Whitney Biennial, New York; 30 Americans at the Corcoran Gallery of Art; Ordinary Culture: Heikes/Helms/McMillian, at the Walker Art Center, Minneapolis; Painting in Tongues at the Museum of Contemporary Art Los Angeles; and Uncertain States of America at the Astrup Fearnley Museum of Art, Oslo. His work has also been featured in Thing - New Sculpture from Los Angeles, UCLA Hammer Museum, Los Angeles; in Frequency, Studio Museum in Harlem, Harlem; in White Noise, REDCAT Gallery, Los Angeles; and in USA Today at the Royal Academy of Art, London. This is Rodney McMillian’s fourth solo exhibition at the gallery.

Susanne Vielmetter Los Angeles Projects is located at 6006 Washington Blvd in Culver City, 1 block west of La Cienega at Sentney Avenue. Gallery Hours are Tuesday through Saturday from 11 am - 6 pm and by appointment.
www.vielmetter.com