Protect Me From What I Am 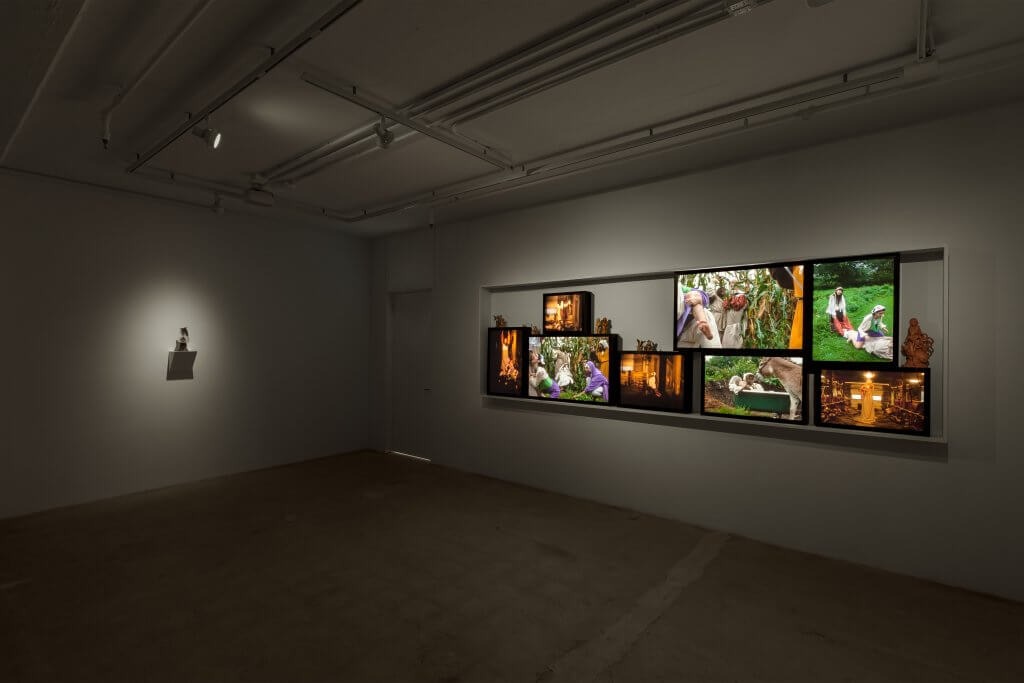 Swiss Institute (SI) is pleased to present the first institutional solo exhibition in the United States by New York-based artist Aviva Silverman. Protect Me from What I Am explores objects, images and bodies that have been understood as vessels for divine information within interlacing histories of art, religion and value.

Silverman’s sculptures often take the form of intricate dioramas and tableaux, some suggesting votive shrines common to historically Catholic regions. At SI, a group of newly commissioned works features industrially produced Catholic figurines purchased from factories in Italy and the United States. Seen en masse, the plastic icons suggest repetitive affirmations, troubled by the presence of faulty figurines that Silverman acquired alongside their finished counterparts. As a result of accidents in the production process, certain characters appear in states of headlessness, dissolution or recombination, suggesting a form of ecstatic decreation or even divine intervention. For a work titled Assimilation (2018), Silverman constructed a cube from the faulty icons, on which an arrangement of taxidermy birds are arranged. Seen among the crush of forms, reminiscent of the multiplicity of bodies seen in Renaissance depictions of Heaven and Hell, are misshapen or semi-formed likenesses of saints and angels, as well as a primordial plastic ooze.

A constructed shadow box, The Shadow of a Shadow (2018) contains a mise en scène depicting the implausible moment in 2014 when Pope Francis released peace doves from the Vatican and one was immediately attacked mid-air by a crow. Recreated by a taxidermist, the dove and crow are displayed hovering mid-status between object and symbol, placed in a hall of broken mirrors that suggests an infinite quality to the encounter. In repatriation of the aura (2018), a glass vessel with subtle suggestions of an angelic form envelops a pair of wooden praying hands, as though a dancing spirit is both protecting and claiming a prayer.

A series of photographic works, entitled The Mirror of the Simple Souls Who Are Annihilated and Remain Only in Will and Desire of Love (2018), is displayed on light boxes. Wearing theatrical, brightly colored costumes reminiscent of those used in school nativity plays, as well as prosthetic ears, wings and noses, a group of Silverman’s friends are pictured posing at a farm in upstate New York. Using familiar compositional strategies from Catholic iconography as well as William Blake etchings, the figures are captured in scenes of prayer and mischief, in a form of Biblical cosplay that suggests the endless variations on those scenes as well as a potential for infinite, and even subversive, interpretation.

Aviva Silverman (b. 1986, New York) is an artist working in sculpture, performance, photography, and theater. She is broadly concerned with the technologies and artifacts of moral and political surveillance, the aural and spatial materiality of borders, and the embodiments and custodians of narrative and belief. Solo exhibitions and performances include Twister at MoMA P.S.1 (2016). Group exhibitions include Greater New York, MoMA P.S.1 New York (2015); It Can Howl, Atlanta Contemporary, Atlanta, Georgia (2016); and I Surrender Dear, Salzburger Kunstverein, Salzburg, Austria (2016). Her work has appeared in Artforum, the New Yorker, BBC Radio, Art in America, Flash Art, and Art Papers, among others and her book “Is It Soup Yet?” can be found at Printed Matter / St Marks.