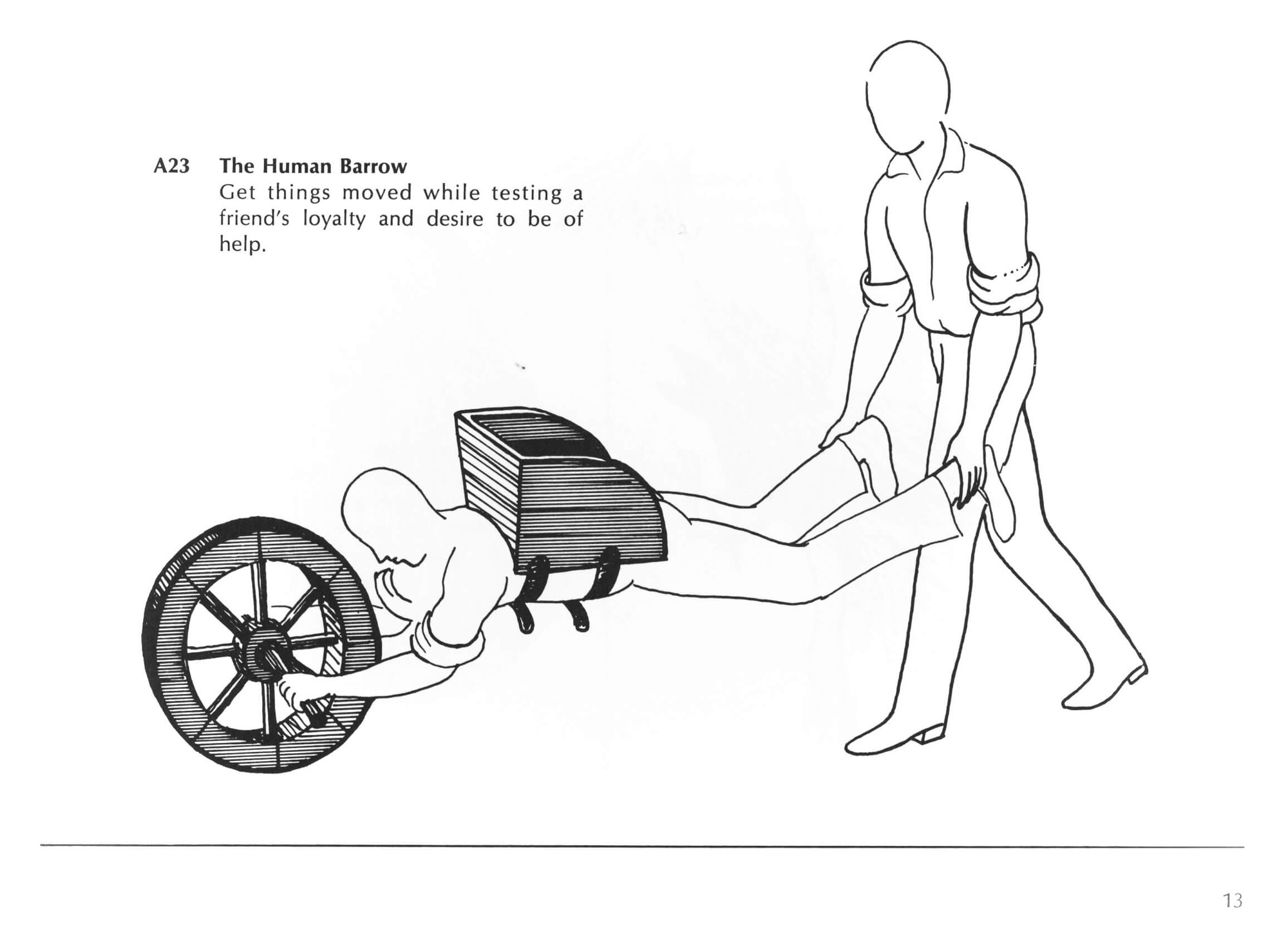 life and limbs is the fourth exhibition in Swiss Institute’s Architecture and Design Series, curated by Austrian artist Anna-Sophie Berger. Considering corporeality as a primary concern for design, Berger here assembles a group of works that register the body as a habitat that can be imaginatively stretched, altered, modified, adorned, replicated or destroyed. Including works from a variety of disciplines, movements and periods, Berger takes as a starting point two designs for necklaces by the Swiss surrealist Meret Oppenheim: one resembling a baby’s legs wrapped around a neck, and the other featuring a pendant with a grinning toothy mouth smoking a cigarette, designed to hang at the softest part of the throat. Combining morbid humor with glee, vulnerability with threat, life with limbs, the drawings represent prevailing concerns within Berger’s art practice and the constellation of works in this exhibition.

Berger originally trained in fashion and has explored issues of protection and care – as they might refer to clothing, housing, public space and law – in her work as an artist. The exhibition’s emphasis on risk, alluded to in its title, relates to the idea that the human body, as Jean Paul Sartre described it, symbolizes “our defenseless state as objects,” and that getting dressed means to camouflage this fact: “to claim the right of seeing without being seen; that is, to be pure subject.”[1]

Simultaneously, Berger often invokes transgressive figures such as fools, jesters, and artists who test social boundaries or are given license through states of exception such as carnivals, costumes and theater, and the design tradition of the grotesque. Such themes are synthesized in the seventeenth century engravings of Nicolas de Larmessin named Costumes of the Trades, in which the professions become wearable garments. An architect’s apparel is constructed from pillars and bricks, while a confectioner’s dress is made from decorative boxes of almonds and chocolates, so that the bodies become hybridized into buildings or foodstuffs.

Like these figures, each work in the exhibition troubles the limits of what a body can consume, process, reach and become, from the metamorphosis that comes from wearing a garment to complete transfigurations into surreal, new beings.