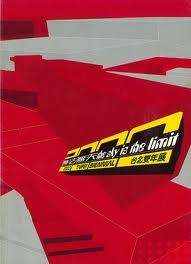 THE SKY IS THE LIMIT is an open dialogue between the two curators Jerome Sans (France) and Manray Hsu (Taiwan). This exhibition aims to construct a forum of collective experiences among artists and audience alike. Instead of producing a spectacular mega-exhibition, Taipei Biennial 2000 insists on its "human scale" dimensions by including approximately thirty international artists from more than twenty countries. The goal is to relocate the biennial in the place where it happens and to create a lab where actions and fantasies can be put into experimentation. The idea is to present the exhibition as a site of "living experience." We are now entering a new century, a new age, in which everything is available, accessible, recordable, and ready for consumption. Our world is now in the remix. We see contemporary life developing on a grand scale of remix and hybridity from border-crossings, identity and gender diversities, genre and gene mixtures, to cyborgs. The hybrid creates our identities, shaping a new modernity. It is a culture of remix, an era with a boundless field of reactivation. The sky has no limit. It is a wide screen constantly changing, fading, and evolving. The sky is the screen of cyberspace. Within its vast repertoire, one can retrieve and recreate, copy and delete. There are no more limits, only infinite possibilities. Unlimited connections among cultures and peoples from the wide scope of the world bring new signs and symbols to transform the cityscape. Our infinite choices are reflected in fashion, entertainment, food, and the arts. New telecommunications open alternative channels between people. Boundaries are dissolving and re-establishing in nanoseconds. By sharing a culture of remix, we now live under one big sky and are collectively facing an unknowable future. Satellite events: Taipei galleries and artist-run spaces will develop a program of special events.