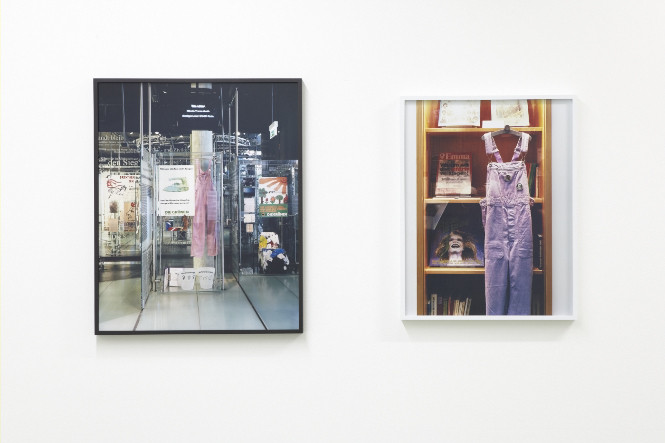 Taka Ishii Gallery is pleased to announce our second solo exhibition with Annette Kelm. Born (1975) in Stuttgart, Kelm presently lives and works in Berlin and has participated in numerous solo and group exhibitions internationally; most recently with Presentation House gallery, Vancouver (2012), Bonner Kunstverein (2011), KW – Institute for Contemporary Art, Berlin and Kunstalle Zurich (both 2009). In 2011, Kelm participated in the 54th Venice Biennale.
The photographs by artist Annette Kelm seem to filter significations as a system of values and codes that are established and stabilized by various forms of image production including their distribution by the art market, media and consumers: among them phenomena of sports and daily life as well as botanics, exoticism, Hollywood film and architecture. She produces both individual and series of works with individual motifs and, in her exhibitions, shows a combination of photographs that refuse to submit to a single reading of a theme or concept. Different ways of viewing her works are offered, but never quite fulfilled- instead they rather seem to undo themselves.
Regarding a selection of exhibited photographs: “Vitrine zur Geschichte der Frauenbewegung in der Bundesrepublik Deutschland, Stiftung Haus der Geschichte der Bundesrepublik Deutschland, Bonn” and “Vitrine zur Geschichte der Frauenbewegung in der Bundesrepublik Deutschland, Haus der Geschichte Baden-Württemberg, Stuttgart” (both 2013) show purple dyed dungarees and the way they are displayed as symbols for feminism in two German history museums. In 1970’s Germany, women and activists in feminist and ecological movemenst started dying dungarees purple. Normally perceived as men’s workwear, they were worn as a symbol of women’s liberation. The term “Lila Latzhose” (Lilac Dungarees) is a saying in the German language, and sometimes used as a denominator for feminist hardliners as well as a symbol of second wave feminism.
“Strohblumen” shows a still life of three pink strawflowers and a date palm leave, positioned in front of a piece of sky blue studio background. The chosen lighting looks slightly exotic, suggesting a shot in a hot climate or a snapshot in nature. This is continued with the combination of the plants. The strawflower was originally found in Australia, today it is a typical part of dried flower bouquets found at European farmers markets and local flower shops. The canary date palm is known as a typical beach palm often cut to a pineapple form, but also used as a potted plant in many European living rooms.
www.takaishiigallery.com