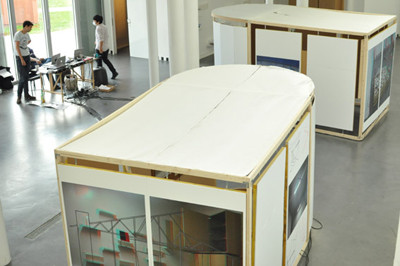 Taka Ishii Gallery is pleased to announce a collaborative audio-visual performance installation by Ei Arakawa and Sergei Tcherepnin, on view from December 17 until January 14. Both artists will be present at the installation and on most of the exhibition dates from 3pm until 6pm with the exception of December 20, 27 and 28. The galleries will be closed for the winter holidays from December 29 until January 9.