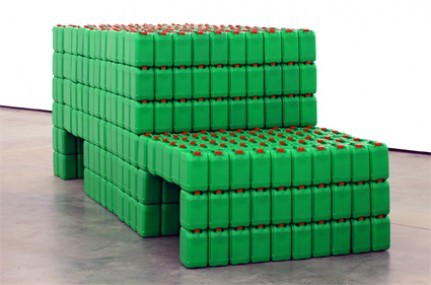 There's no catalogue to accompany this exhibition; instead, the exhibition itself accompanies a book. With the twelfth volume of the series Contemporary Art in Turkey, René Block concludes and at the same time opens the series of monographs on contemporary Turkish art that he edited for the publisher Yapi Kredi.

Book and exhibition present twelve artistic positions that seem initially to have only one thing in common: that the artists live and work, entirely or for the most part, outside Turkey. Some of them took steps of their own free will to make their way in a new environment. Others were unable to decide on their own, having left Turkey with their parents when they were still children. They grew up in an unfamiliar country, learned the foreign language and foreign customs, went to school there and later to art schools, just like those who were born Turkish abroad.

Book and exhibition do not cover the history of the emigration of Turkish artists who in the 1930s set their sights on Paris, the hub of the European avant-garde. Nor does it include artists such as Sarkis, Ayşe Erkmen and Esra Ersen, who live primarily outside Turkey, for they have already been introduced in major solo or group exhibitions at TANAS, and their experiences with foreignness are treated at lenght in their individual monographs in the Contemporary Art in Turkey series.

Even if twists of fate took these artists to these particular places for the most disparate reasons - the texts by the book's twelve authors profoundly relate their stories - an additional commonality among the artists can be mentioned: their thinking and their work have been inspired by a new energy emanating from Istanbul. Especially the youngest artists, who did not grow up in Turkey, are again and again drawn to the Bosporus by the tension between their workplaces abroad and the dynamic Istanbul scene. From a thoroughly distanced foreign perspective, they search for their (second?) identity.

A significant feature of the Contemporary Art In Turkey series is the original graphic work by the artist that is included with his or her monograph. For this book, we asked the designer Esen Karol, who designed all twelve volumes, to create the work.

As an overture, so to speak, to the twelfth volume and its exhibition, all the graphic works made for the series will be on display. The artist's work is part of the monograph and included in the 18 Euro price of the book. The signed and numbered version, in an edition of 150, costs 60 Euro. The entire series of twelve volumes in the limited edition, with graphic works by the participating artists and series designer Esen Karol, is available in a slipcase for 660 Euro.