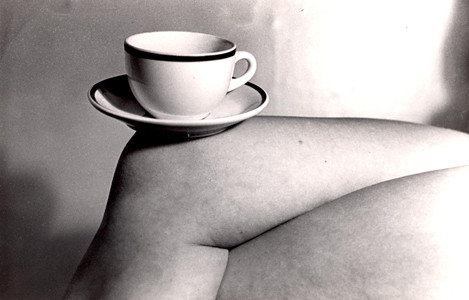 Tanya Leighton Gallery will present the first solo exhibition in Berlin by celebrated British Conceptual artist Bruce McLean (born London, 1944). Using diverse media and iconoclastic approaches, McLean’s work is preoccupied with the minutiæ of human behaviour — the gestures, styles and mannerisms that orchestrate our lives. His art reveals a subversive desire to poke fun at every imaginable artistic or social convention.

The exhibition will present original documentation of McLean’s performance projects from the late 1960s, ‘70s and ‘80s alongside films that have never been shown before in Germany. Working in a variety of mediums including painting, film and video projection, performance and photography, Bruce McLean is one of the most important artists of his generation.

It was with live works that McLean first grabbed the attention of the art world. An impulsive, energetic Glaswegian, he became known as an art world 'dare-devil' by critiquing the fashion-oriented, social climbing nature of the contemporary art world in the '70s. At St Martins his professors included the great sculptors of the day, Anthony Caro and Phillip King, whose work he mocked ruthlessly. In ‘Pose Work for Plinths I’ (1971; London, Tate), he used his own body to parody the poses of Henry Moore's celebrated reclining figures, daring to mock the grand master himself.

The notion of using his whole body as a sculptural vehicle of expression led him to explore live actions: 'it was when we (a collective) invented the concept of 'pose' that We could do anything'. Pose was live sculpture: Not mime, not theatre, but live sculpture. My colleagues, Paul Richards, Ron Carr, Garry Chitty, Robin Fletcher and I created Nice Style 'The World's First Pose Band', which performed for several years, offering audiences such priceless gems as the 'semi-domestic spectacular Deep Freeze, a four-part pose opera based on the lifestyle and values of a mid-west American vacuum cleaner operative'. Behind the obvious humour was a desire to break with the establishment, something that he has continued to do throughout his life and work. In 1972, for instance, he was offered an exhibition at the Tate Gallery, but opted, for a 'retrospective' lasting only one day. 'King for a Day' consisted of catalogue entries for a thousand mock-conceptual works, among them The Society for Making Art Deadly Serious piece, Henry Moore revisited for the 10th Time piece and There's no business like the Art business piece (sung).

The exhibition WAITER WAITER CURATOR CURATOR will present one of McLean’s little-known early films ‘Crease Crisis’ (1973). ‘Crease Crisis’ creates an absurdist mise-en-scène in which Paul Richards is seen maniacally and obsessively reviewing his appearance in a mirror, occasionally ironing parts of his trench coat, in a vain and ultimately useless attempt to emulate the image of the American movie star Victor Mature, whose picture hangs on the wall.

One of the latest pieces within the exhibition is a short film: ‘Soup. A Concept Consommé’ that displays McLean’s keen script-writing skills. Accentuating the ‘theatre’ of restaurant-going ‘Soup’ takes its theme from the history of Modernist sculpture and the observations of manners, gestures and behaviours of staff and customers in an up-market restaurant. Incisively humourous both films derive from a concern with the seemingly trivial aspects of appearance and body language, and how they inform the different identities we knowingly and subconsciously assume.


The first exhibition McLean participated in was the experimental and highly regarded ‘When Attitudes Become Form’, curated by the late Harald Szeemann, at the Kunsthalle Bern. Other seminal shows he participated in were ‘Op Losse Schroeven’, Stedelijk Museum, Amsterdam 1969; ‘Information’, curated by Kynaston L. McShine at the Museum of Modern Art New York 1970, and ‘The British Avant Garde’, New York Cultural Centre 1970. In the 1980's other important shows included ‘A New Spirit in Painting’, Royal Academy 1981; ‘Zeitgeist’, The Martin Gropius Bau, Berlin 1982; and ‘documenta 6, 7 & 8’, Kassel.