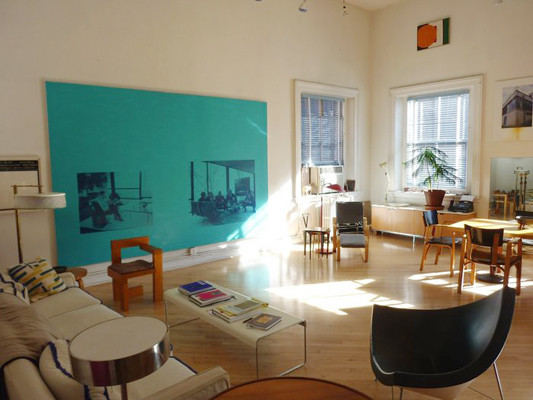 The exhibition, staged in Diao's studio, brings together a number of paintings dating from 1984 until recent years contextualized by Diao's personal belongings, collection and living space. Born in China in 1943, Diao moved to Hong Kong with his grandparents when he was six and joined his father in New York in 1955. He has worked in Lower Manhattan since the early 1960s, and first attracted attention with a solo exhibition at Paula Cooper Gallery in 1969. 'David Diao: Franklin Street, 5th fl, 1974-2012' resulted from close conversations between Diao and Pyś and celebrates a period of 38 years of work in his TriBeCa studio, highlighting key strands of Diao's work, his relationship to the studio and the city.
www.tanyaleighton.com