'The Way We Do Art Now', Group Show selected by PAVEL BÜCHLER 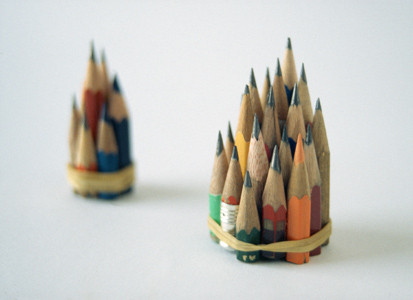 "There's a story about a Roman wall painter who tried and tried to paint the foam on a horse's mouth. He just couldn't get it right. And in disgust, he threw a sponge at the horse and the sponge left a mark right on the horse's nostril that looked exactly like the foam. And so, he simply added a few more strokes and he had a perfect representation of the foam he had worked so hard to depict. This is probably the birth of abstract art and it is probably the beginning of how we do art now." - John Baldessari, The Way We Do Art Now (The Birth of Abstract Art), 1973

The works in 'The Way We Do Art Now', an exhibition selected by Pavel Büchler for Tanya Leighton Gallery, have come together through Büchler's preference for art that resists the egocentrism of 'expression' by the modesty of the artist's gesture. They were made at various times over the past forty years, by a dozen artists from the UK and continental Europe, better or less well known, whose individual practices and artistic priorities have little in common, yet they share a commitment to an economy of means and scale, and a sense of understatement with which they encourage our curiosity and provoke imagination.

In their diverse ways, the works explore what artists do and how they go about doing it, how they make sense by insisting on doing what ostensively makes no sense in itself. Some seem to promote idleness, even boredom, as if to evade the banality of production and cultural waste; others do what it takes and embrace with overt determination the futility of artistic labour, the paradox of a job not really worth doing but needing to be done nonetheless.

From the earliest work in the exhibition, Bruce McLean's irreverent film 'homage' to Robert Morris In The Shadow of Your Smile, Bob, 1970, to the most recent one, Büchler's own watercolour rendering of the typewritten film title of John Baldessari's The Way We Do Art Now, many of the works acknowledge the Beckettian spirit of the challenge of art itself and of its recent history. Equally many, like those of Amikam Toren or David Bellingham, for instance, meticulously transform objects into ideas only to let the object determine the outcome.

There are echoes and resonances between such works as Pierre Bismuth's unfolded origamis and Martine Myrup's mountain range raising from the fragments of pictures on the spines of a small arrangements of books on a shelf, or between Harald Falkenhagen's rapidly noted inconsequential comments on weather ('yesterday, today and tomorrow') and Dean Hughes' refilling of dried out puddles on a rare sunny morning in Edinburgh. But such provisional connections and ephemeral coincidences offer no guidance to the interpretation of the works on display nor do they diminish the distance between the work done by the artists and that left to the viewers to do. For Büchler, they are at best like the rhymes in a poem: to entice thinking and perhaps aid the memory of the moment once the exhibition is gone and the works are on their way to their next destinations.
www.tanyaleighton.com