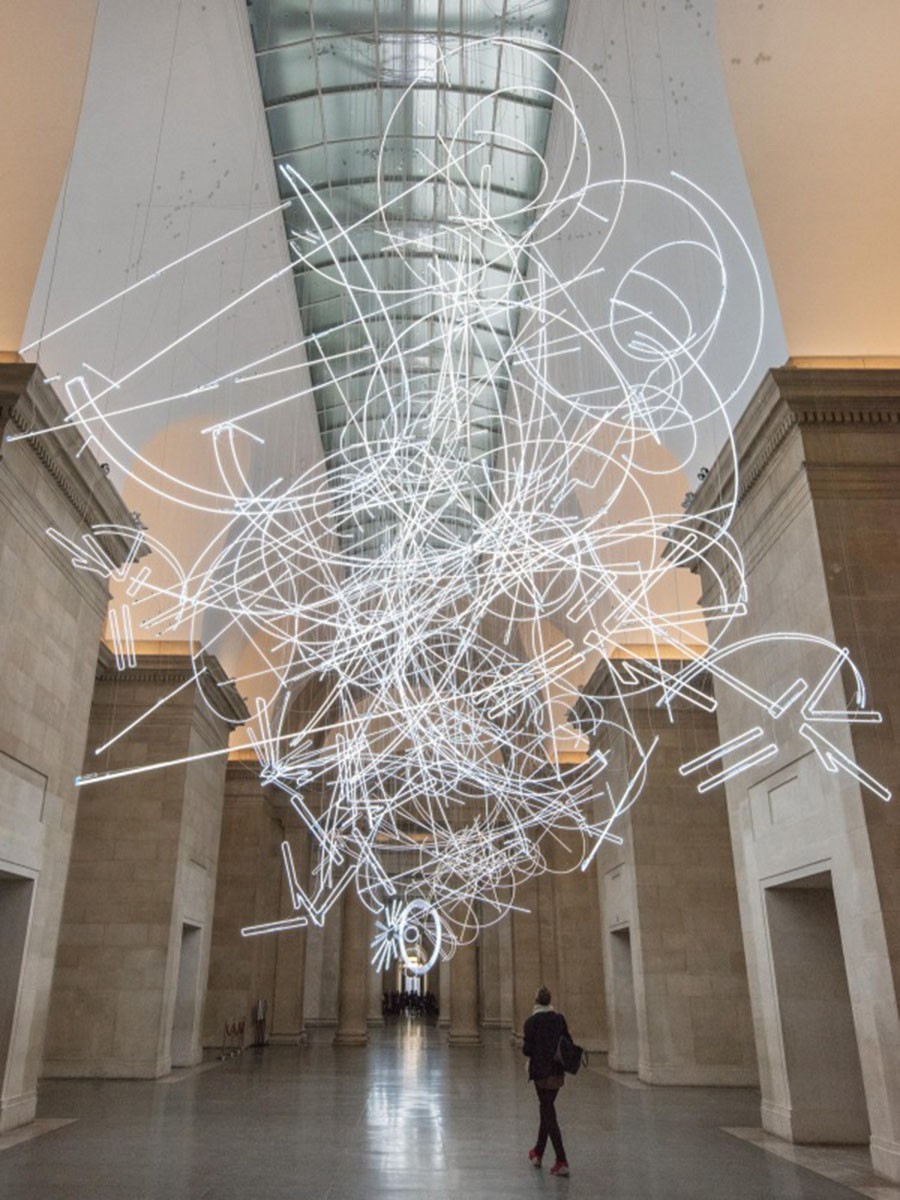 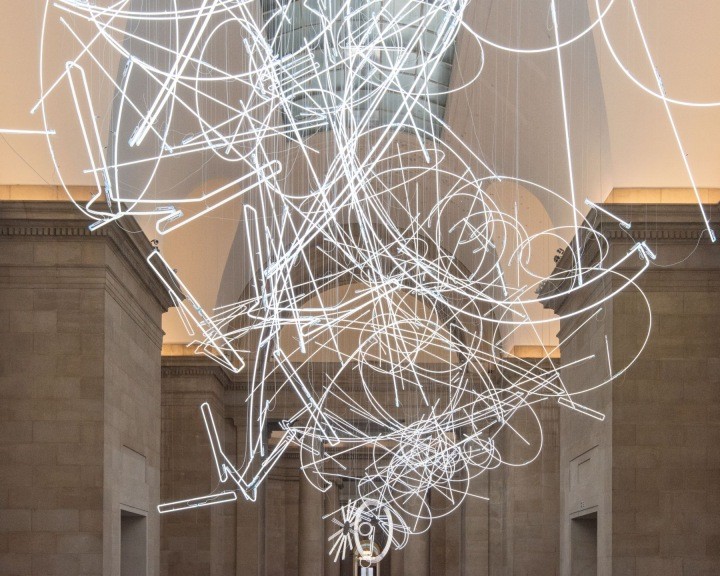 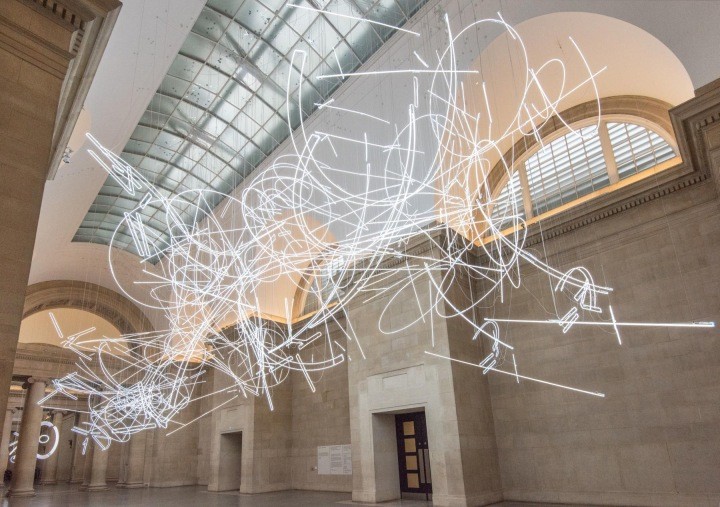 Forms in Space...by Light (in Time)

Forms in Space...by Light (in Time) is the 2017 Tate Britain Commission in which we invite a contemporary British artist to respond to the Duveen Galleries at the heart of Tate Britain.

The artwork is made from almost 2km of neon lighting, suspended from the ceiling and configured into straight lines, sweeping curves and spiralling forms.

Wyn Evans first came to attention as a filmmaker producing experimental films and collaborative works. He has subsequently expanded his practice to incorporate sculpture, photography, film and text to communicate his interest in language and perception.
www.tate.org.uk/britain