Paintings and Drawings from the Lucian Freud Estate 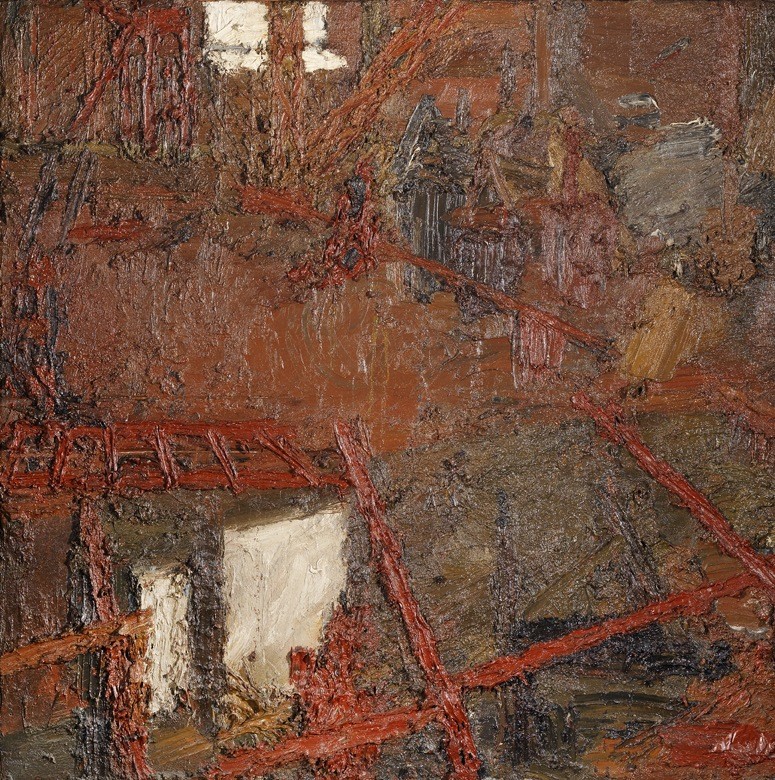 Frank Auerbach, Rebuilding the Empire Cinema, Leicester Square, 1962
This display brings together drawings and paintings by Frank Auerbach, one of Britain’s most celebrated living painters, spanning the period from his student days to 2007. These works encompass two of the subjects the artist has constantly returned to: landscapes of London, primarily of north London and particularly Camden Town, where he has been living and working for the past sixty years; and portraits, mainly of two women: Estella (Stella) Olive West (‘E.O.W.’), whom he painted between 1952 and 1973, and his wife Julia.

Returning repeatedly to the same subjects over decades, Auerbach’s art is a unique undertaking. He constantly looks anew at the same site or individual, striving to fix the indefinable quality of raw sensations stimulated by the forms and structures he sees. He has said: ‘I am hoping to make a new thing for the world that remains in the mind like a new species of living thing.’

Lucian Freud collected these paintings and drawings over many years, building the most significant private collection of Auerbach’s work. Earlier this year, this collection was accepted by HM Government in lieu of Inheritance Tax for allocation to public collections.
www.tate.org.uk/britain