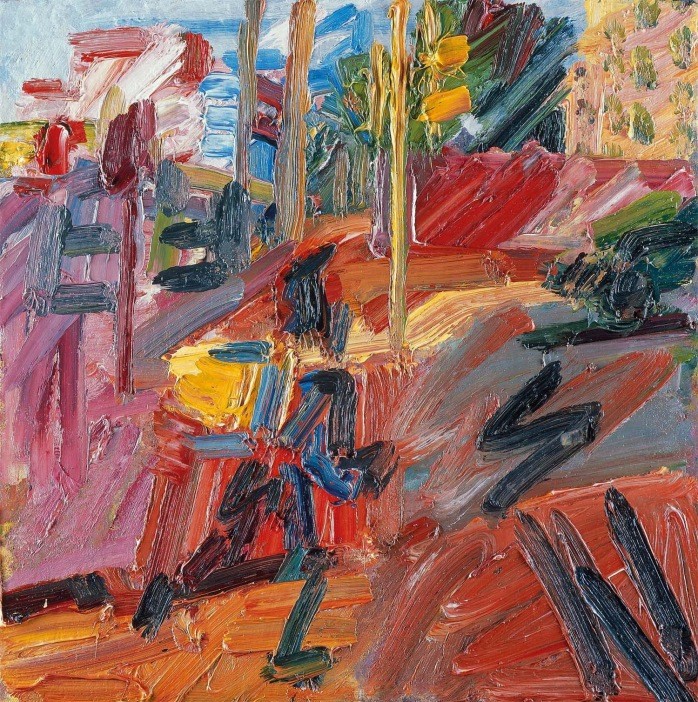 Frank Auerbach is a British artist who has made some of the most vibrant, alive and inventive paintings of recent times. Often compared to Francis Bacon and Lucian Freud in terms of the revolutionary and powerful nature of his work, his depictions of people and the urban landscapes near his London studio show him to be one of the greatest painters alive today.
Tate Britain’s exhibition, featuring paintings and drawings from the 1950s to the present day, offers fascinating new insights into his work the artist suggesting the selection of the first six galleries. The depth, texture and sense of space in a painting by Auerbach makes standing in front of one a unique and unforgettable experience.
Watch as portrait photographer Mary McCartney describes her love of Auerbach’s work by selecting a couple of works from the exhibition:

For half a century Auerbach has lived and worked in the same part of London, in Camden Town, one of the major subjects of his work. ‘What I wanted to do was to record the life that seemed to me to be passionate and exciting and disappearing all the time.’
Painting 365 days a year, he has continued discarding what he does, scraping back the surface of the canvas to start and re-start the painting process daily, continuing afresh for months or years until the single painting is realised in a matter of hours, having finally surprised him, seeming true and robust.
This part of London is my world. I’ve been wandering around these streets for so long that I’ve become attached to them and as fond of them as people are to their pets

Frank Auerbach
Curator of the exhibition and selector of the last two rooms, Catherine Lampert, has had a long working relationship with Auerbach, and has sat for him in his studio every week for 37 years. This exhibition shows that whilst he continually paints the same sitters and sometimes returns to a particular London location, each painting can be considered for its own merits rather than be judged by style or period.
www.tate.org.uk/britain