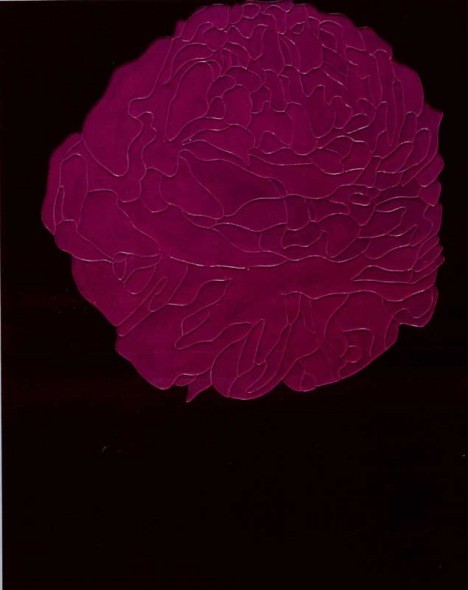 Part of the internationally celebrated group of ‘Young British Artists’ that studied at London’s Goldsmiths College in the late 1980s, Gary Hume (born 1962) has gone on to become one of Britain’s most highly respected painters. In 2013 Tate Britain will present a focused survey spanning Hume’s career that explores the breadth and vitality of his work. Including well known and recent paintings, as well as international loans that have not been seen in the UK before, this exhibition will highlight Hume’s innovative use of colour, line and surface in his distinctive compositions.
The exhibition will be run in parallel to a survey of celebrated painter Patrick Caulfield (1936–2005), offering visitors the chance to see alongside each other two complementary British painters from different generations.
Hume first received critical acclaim in the early 1990s with his bold, large-scale paintings which used high gloss paint to create planes of industrial colour. These were initially seen in the near-legendary 1988 Freeze exhibition organised by Hume’s fellow student Damien Hirst. An early focus on institutional doors evolved over subsequent decades to encompass a range of subjects: figures such as mothers and babies, friends and celebrities from Tony Blackburn to Kate Moss as well as images drawn from nature or childhood including flowers, birds and snowmen. Through this surprisingly varied set of motifs, Hume explores the full spectrum of emotional response from wonder and joy to melancholy and loss. Conventional ideas of beauty are frequently countered by a darker, more questioning sense of the world and recognisable forms are sometimes fragmented to near abstraction.

The exhibition will bring together around twenty-five striking paintings that are frequently poised between abstraction and representation. The original source image is often left far behind as shapes emerge in the paintings through vibrant areas of colour and line is articulated as thin ridges of paint that disrupt the surface and the eye.
Gary Hume was born in Kent in 1962 and now lives and works in London and upstate New York, USA. He studied at Liverpool Polytechnic and later Goldsmiths and within a year of his graduation in 1988 his work was being exhibited internationally. Since then his works has been seen in solo and important group exhibitions around the world including The Bird has a Yellow Beak, Kunsthaus Bregenz, 2004, Door Paintings, Modern Art Oxford, 2008 and in 2012 Gary Hume: Flashback, Leeds Art Gallery, Beauty, Pinchuk Art Centre, Kiev. Gary Hume was nominated for the Turner Prize in 1996, represented Great Britain in The Venice Biennale in 1999 and in 2001was elected a Royal Academician.