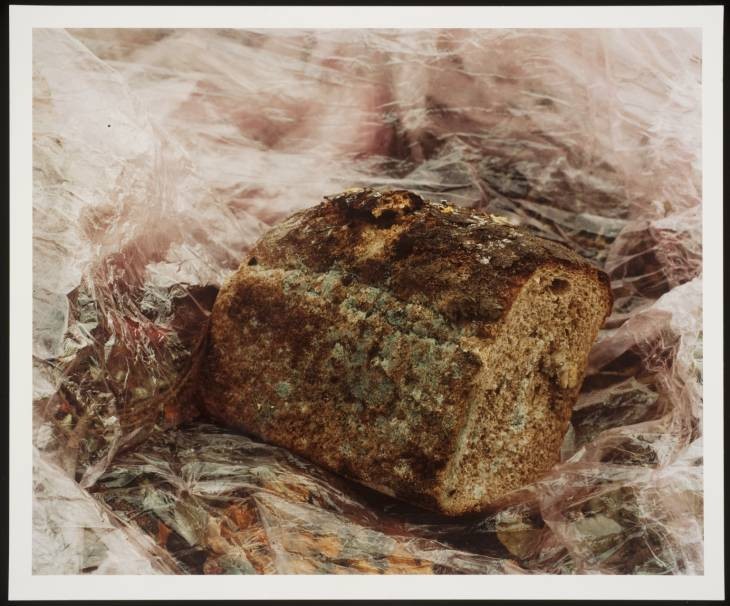 Keith Arnatt
Pictures from a Rubbish Tip 1988-9
C-type print on paper
support: 506 x 608 mm
Presented by the artist's estate 2009 The estate of Keith Arnatt
In the late 1960s, the pioneering British conceptual artist Keith Arnatt used photography as a way of documenting performative acts that question – often through a linking of an image with philosophical text – the status of art and the role and identity of the artist. Photographs and text are used to record acts that, by questioning the condition of the art object, focus on the shift between pretence and reality, or between hiding something and actual disappearance.

In the 1970s and 1980s Arnatt redefined his approach to photography, first through portraiture and then the genre of landscape. Using the camera to produce rather than document art, these later works are characterised by Arnatt’s engaged scrutiny and observation of the subject. He applies art historical reference, a precise rendering of the ordinary, an openness to humour and an exacting attention to compositional detail, whether to a landscape or somebody self-consciously posing for a portrait. Although Arnatt came to be recognised more as a photographer than a conceptual artist, he made clear that being a photographer can never be separated from the practice of being an artist – an exercise as meaningless as making a distinction or opposition between sausages and food.

This display has been devised by curator Andrew Wilson.
www.tate.org.uk/britain