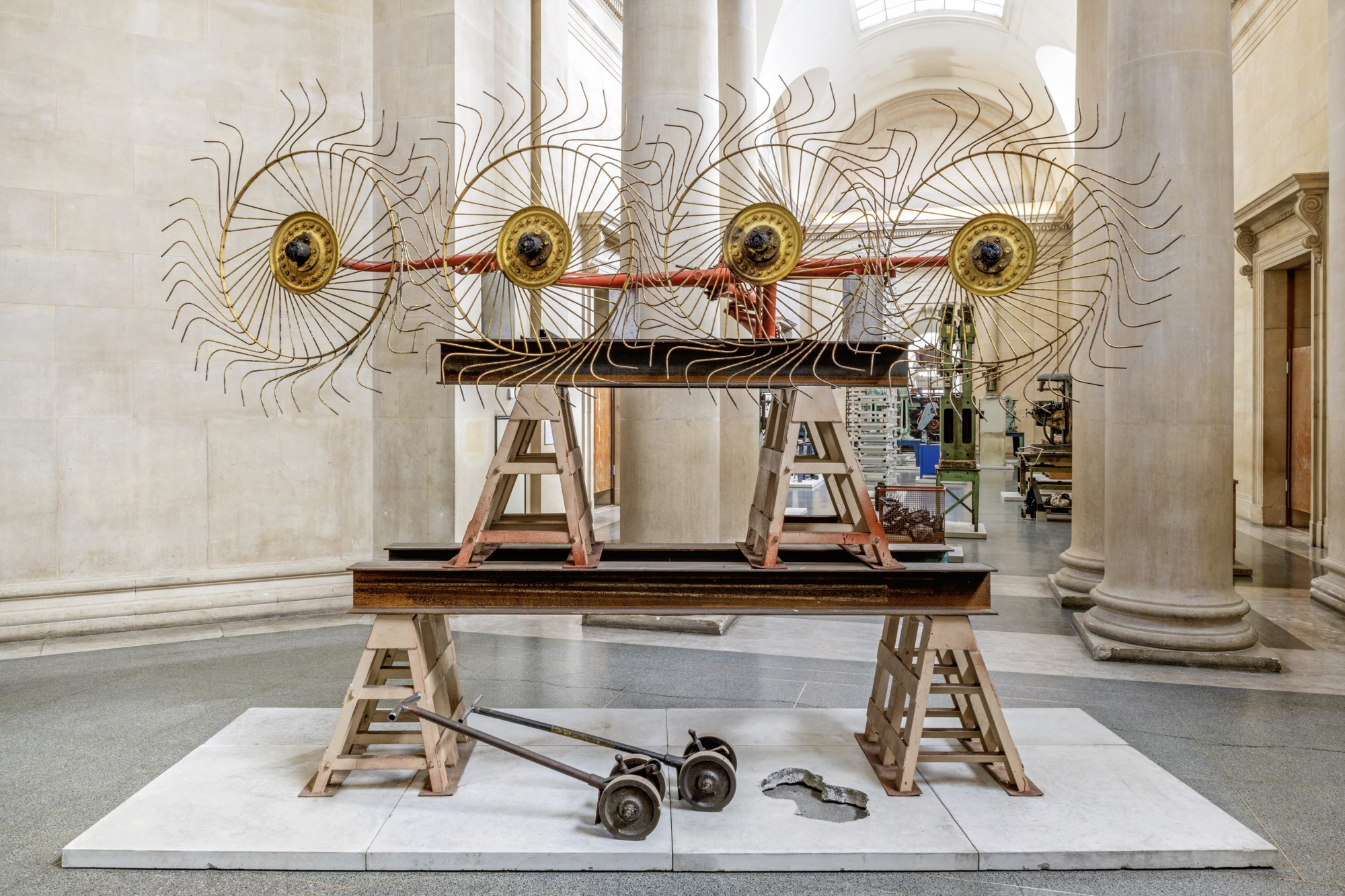 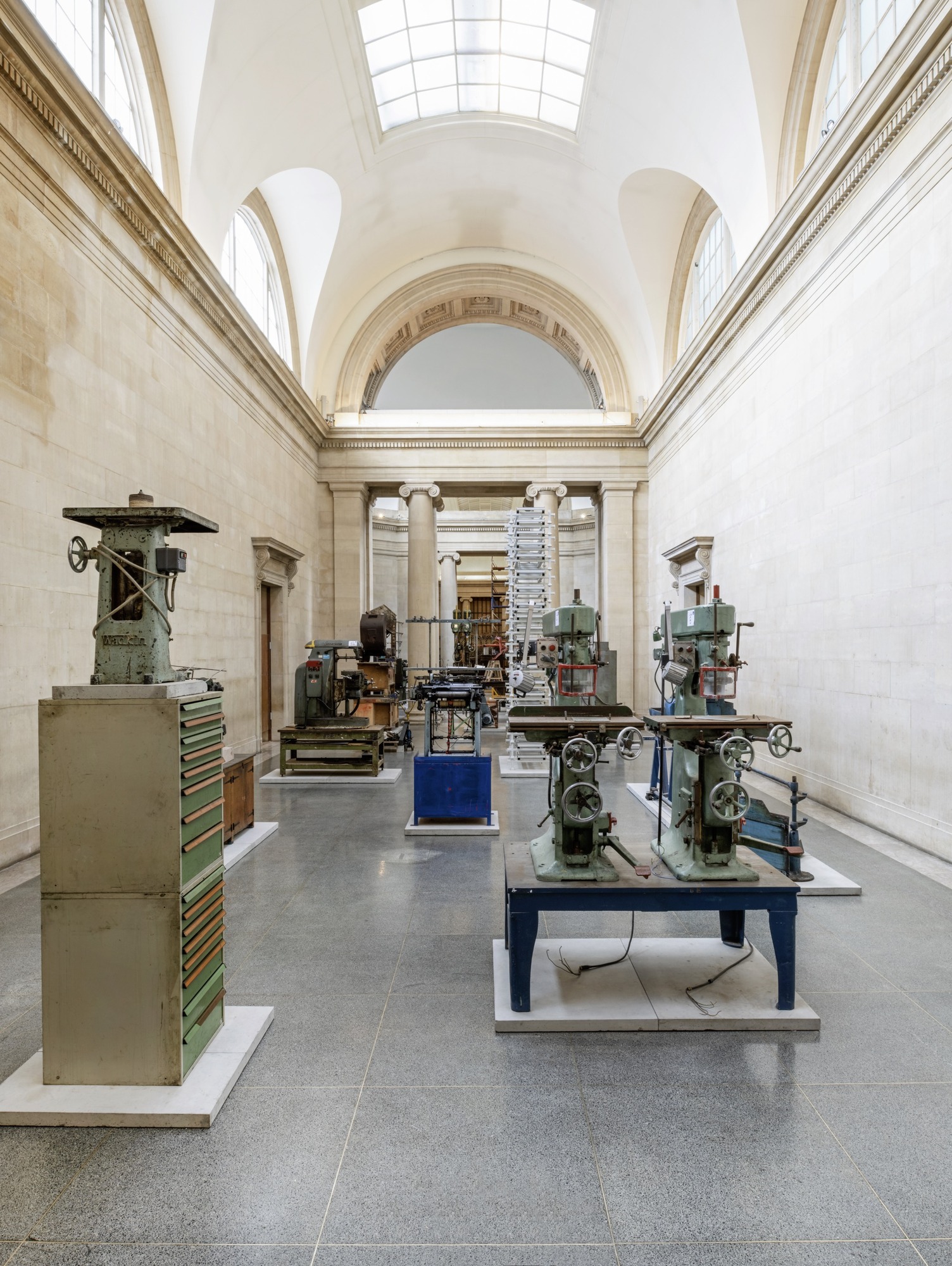 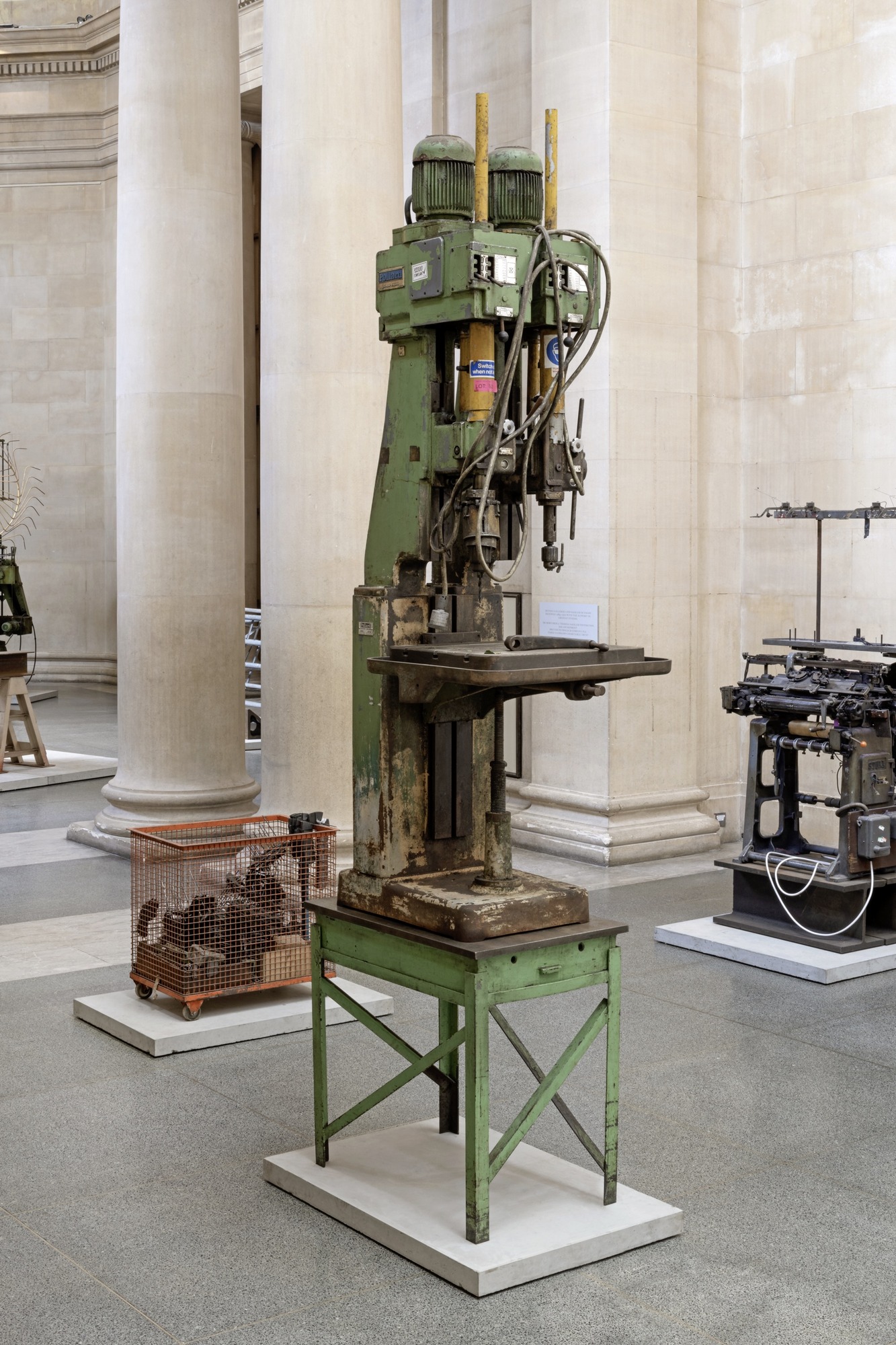 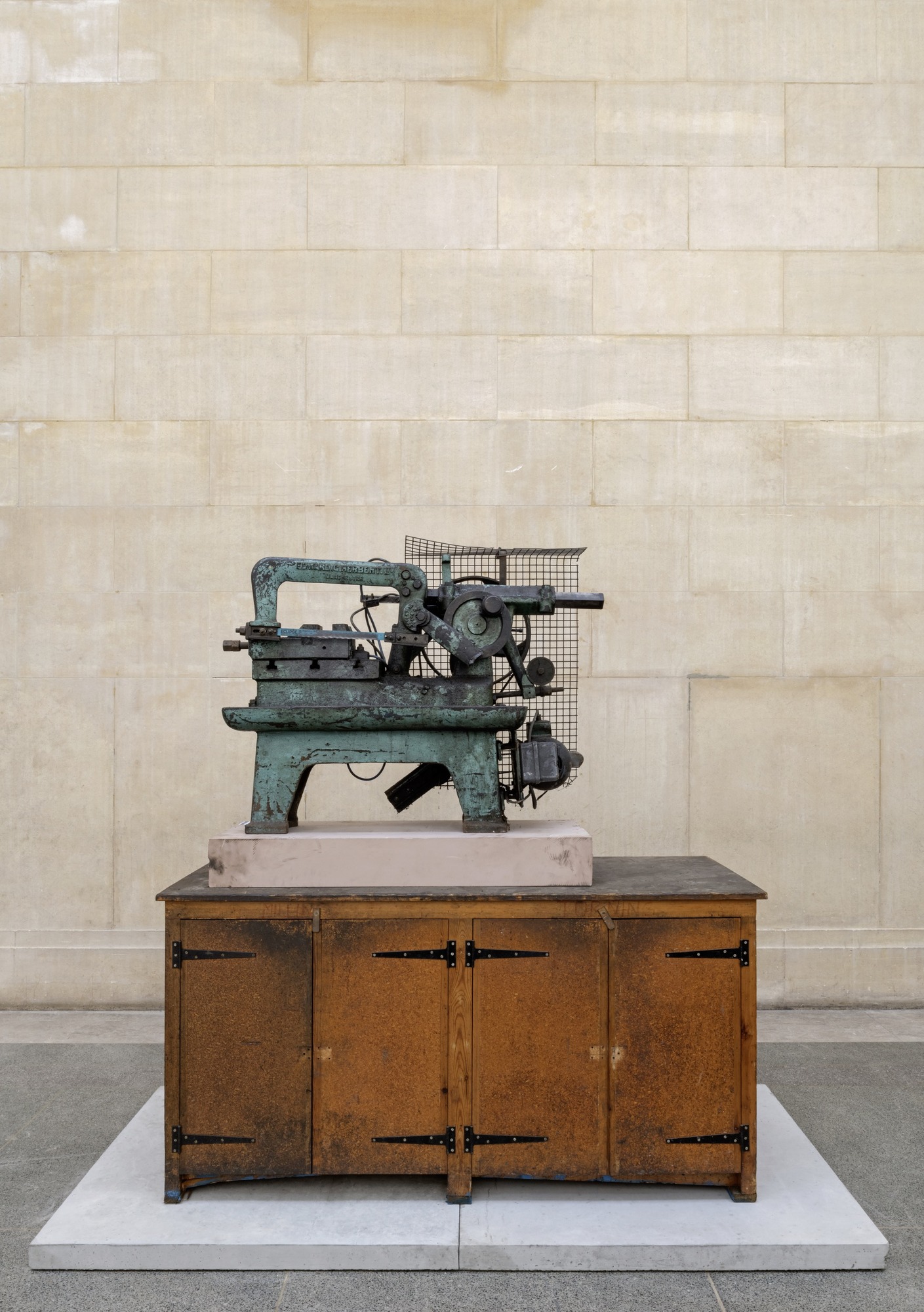 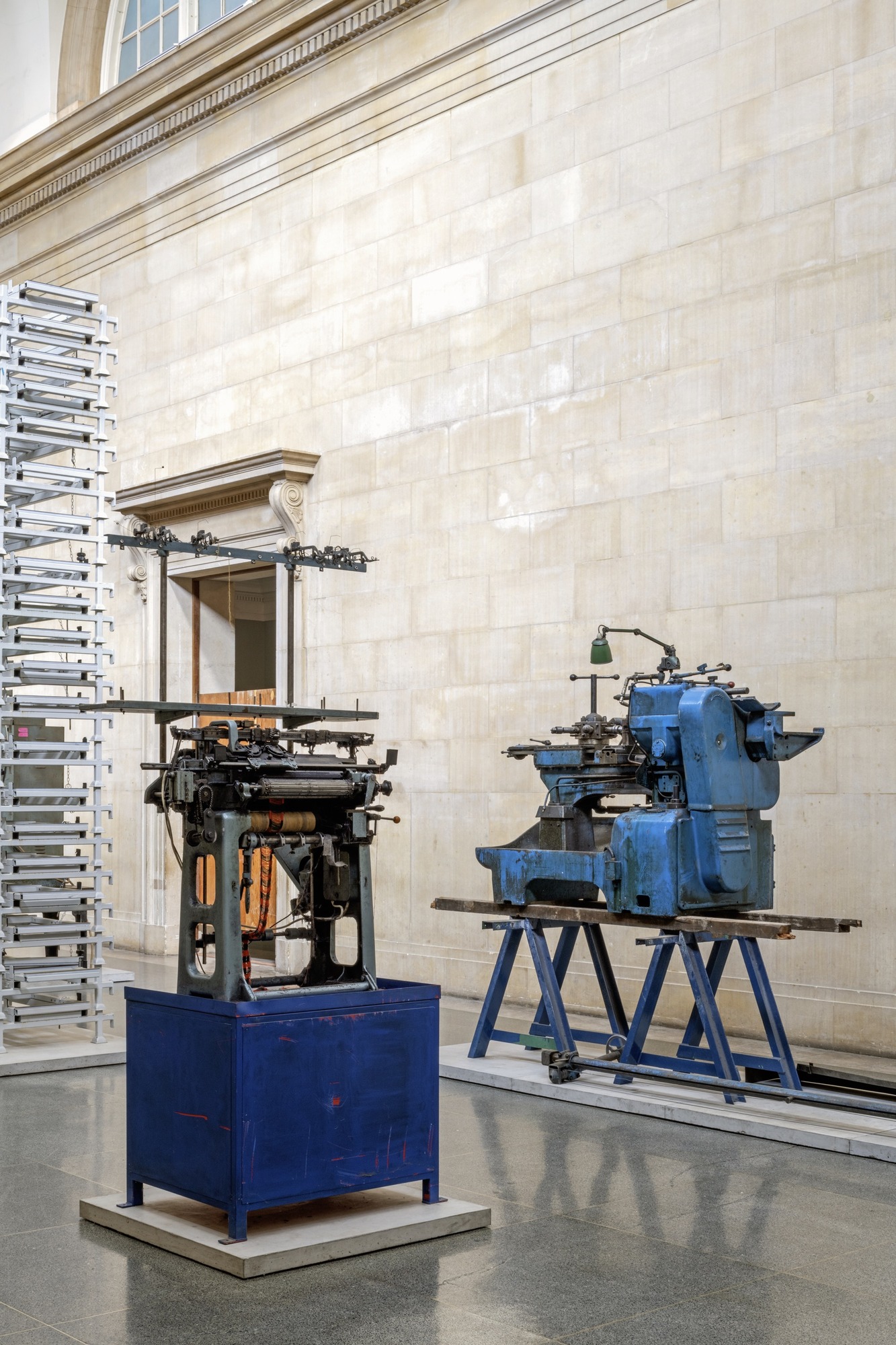 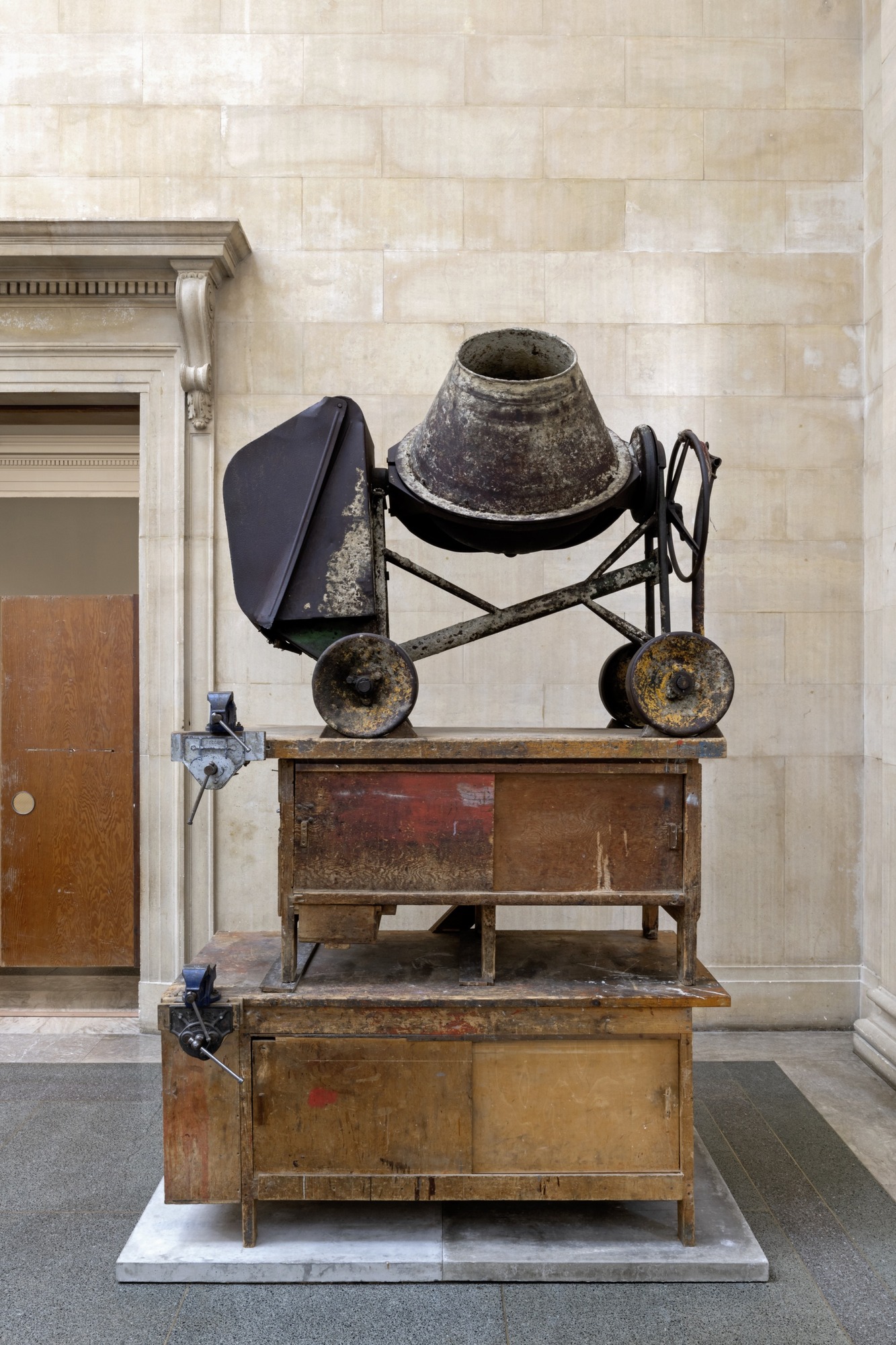 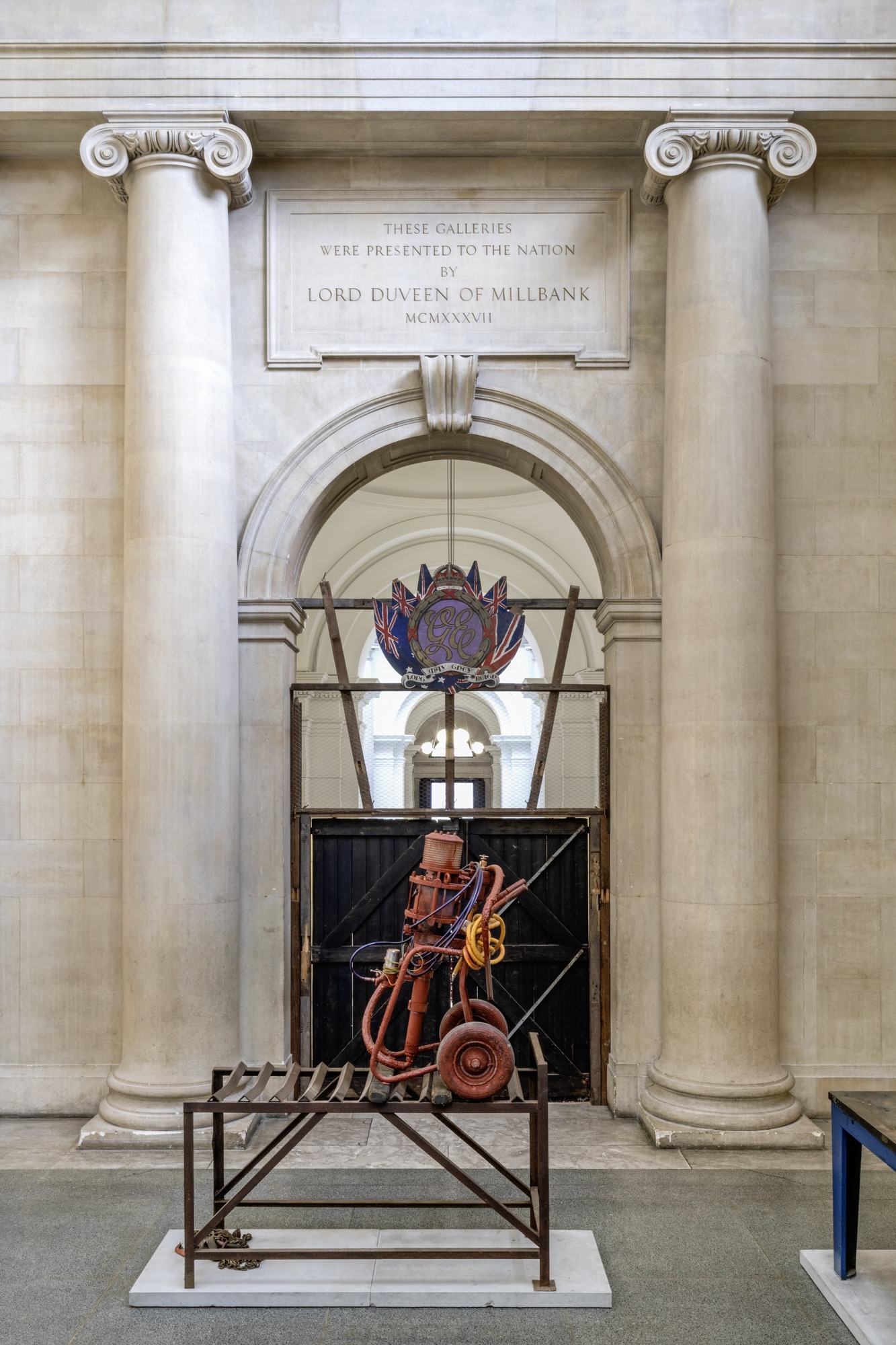 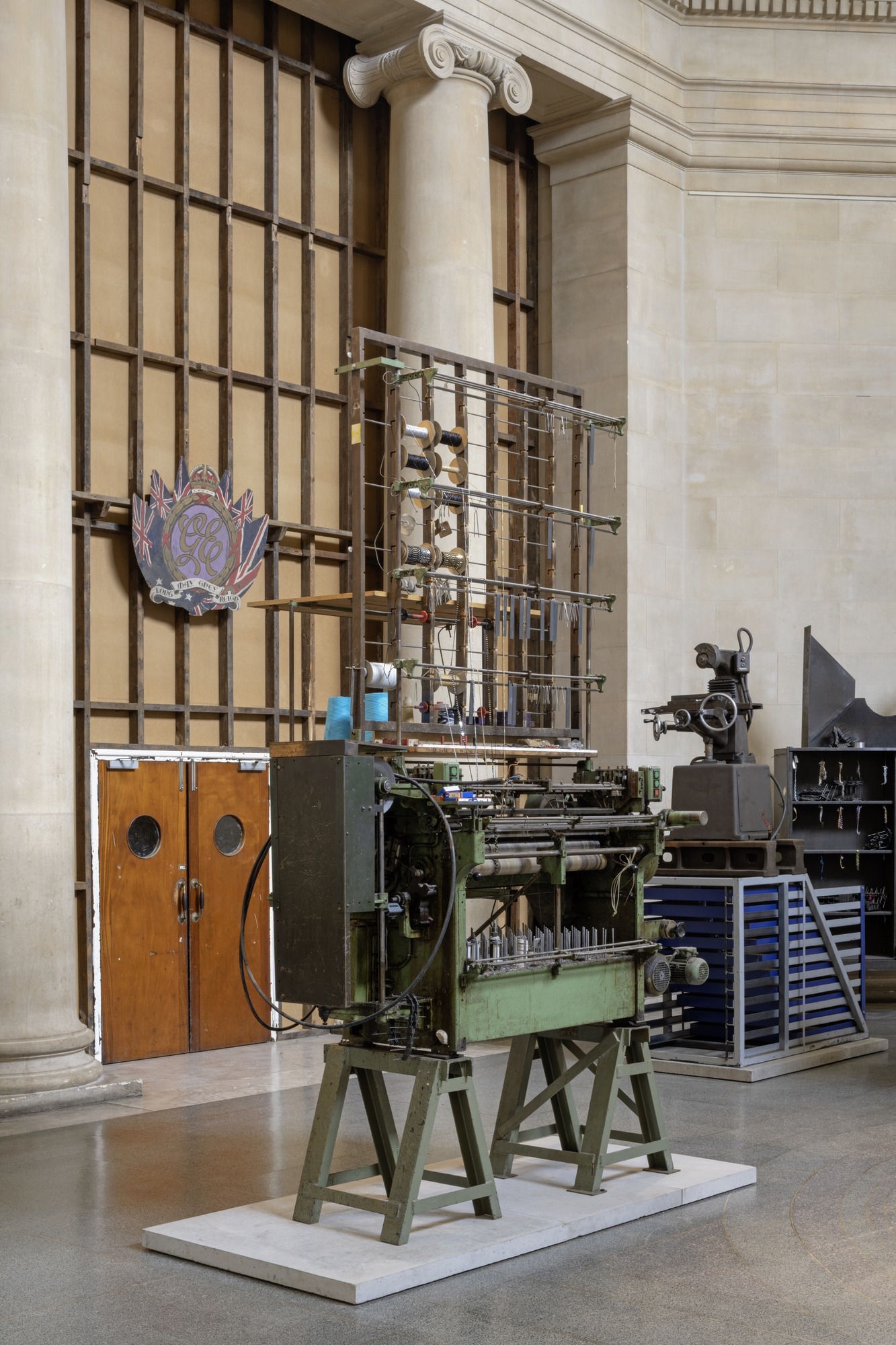 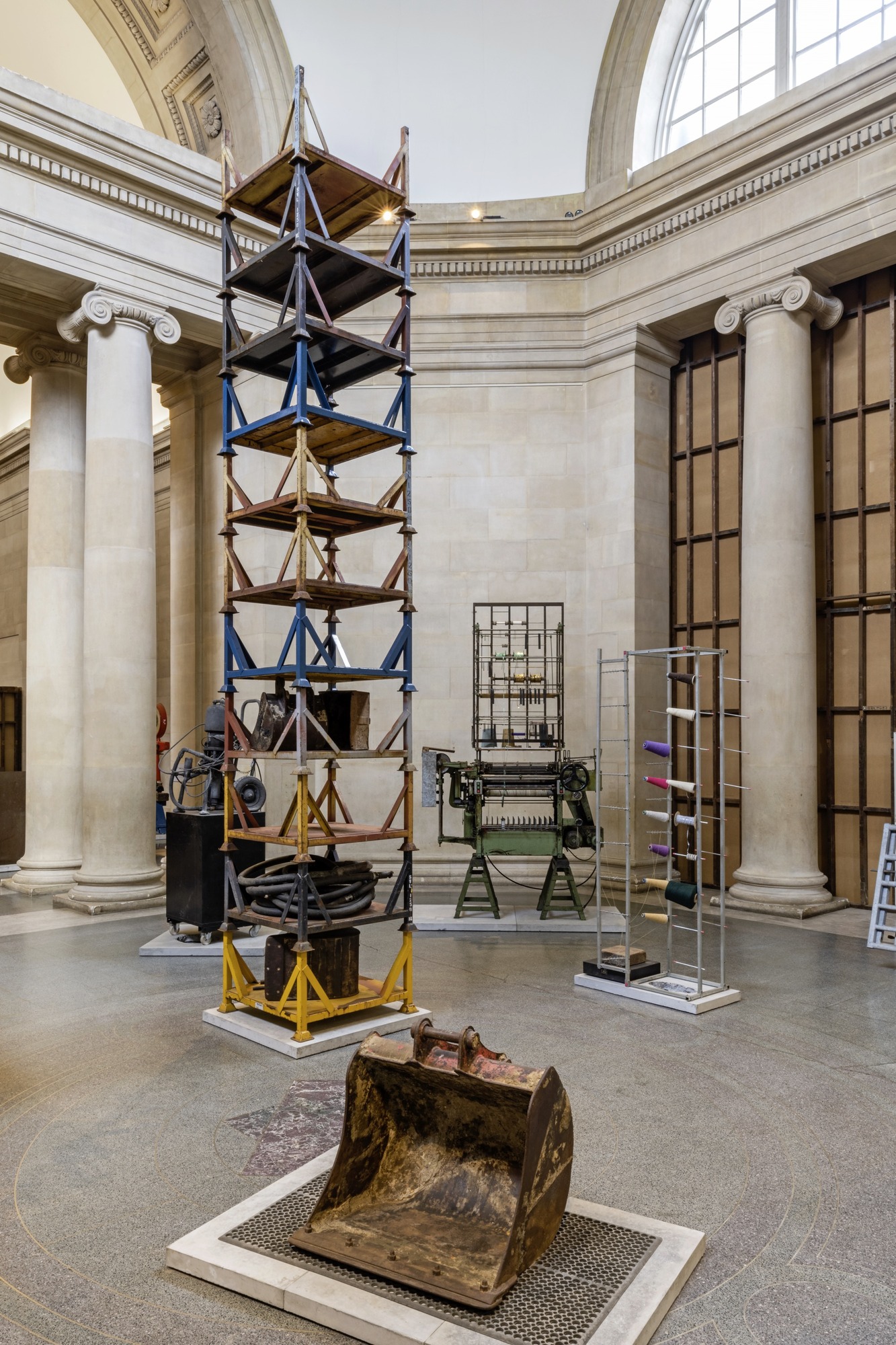 Mike Nelson has transformed the grand spaces of the Duveen Galleries into something between a sculpture court and an asset strippers’ warehouse. He has carefully selected objects from the post-war Britain that framed his childhood – including enormous knitting machines, woodwork stripped from a former army barracks, graffitied steel awnings and doors from an NHS hospital.

Nelson’s project has been informed by the Duveen Galleries’ origins as the first purpose-built sculpture galleries in England, intended to rival the sculpture court at the British Museum and the V&A’s Cast Courts. It turns the neo-classical galleries into a warehouse of monuments to a lost era and the vision of society it represented.

Nelson is interested in the cultural and social contexts behind the objects he has selected, as well as their material qualities. He explains

Their manipulation and arrangement subtly shift them from what they once were into sculpture, and then back again to what they are – examples of the machines and equipment left over from industry and infrastructure. The exhibition weaves this allusion with that of British history. It presents us with a vision of artefacts cannibalised from the last days of the industrial era in place of the treasures of empire that would normally adorn such halls.

The annual Tate Britain Commission invites artists to create a new artwork in response to the grand space of the Duveen Galleries. Artists who have previously undertaken commissions in the Duveens at Tate Britain include Anthea Hamilton, Cerith Wyn Evans and Pablo Bronstein.

Born in Loughborough in 1967, Mike Nelson is best known for his large-scale, site specific sculptural environments that often arise from a period of living and working in a particular location. His works fuse literary, filmic, socio-political and cultural references to create carefully orchestrated tableaux. Nelson has exhibited widely across the world, most recently at the OGR - Officine Grandi Riparazioni, Turin, 2018 and Gwangju Biennale, 2018. He represented Britain at the Venice Biennale in 2011 and was nominated for the Turner Prize in 2001 and 2007. He became a Royal Academician in 2013 and in 2018 was awarded the Wollaston Award.
www.tate.org.uk/britain