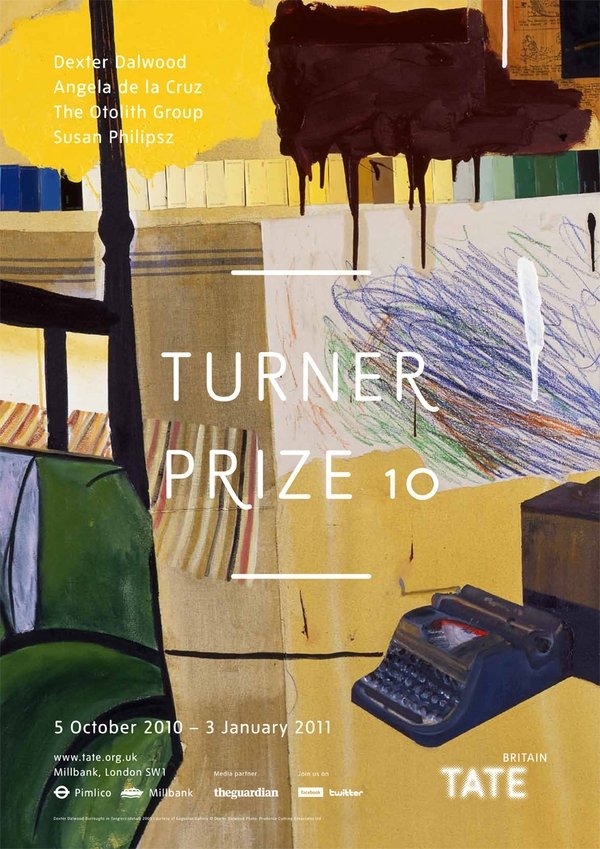 The Turner Prize 2010 was awarded to Susan Philipsz.

The jury of the Turner Prize 2010 applauded the distinctive, imaginative worlds of all the artists and the strengths of their diverse artistic practices. They awarded the prize to Susan Philipsz for the presentations of Lowlands at the Glasgow International Festival of Visual Art and Long Gone in the group exhibition Mirrors at MARCO Museo de Arte Comtemporánea de Vigo, Spain. The jury admired the way in which her work provokes both intellectual and instinctive responses and reflects a series of decisions about the relationship between sound and sight. Philipsz’s work draws on the immersive properties of sound and uses her own voice to create powerful sculptural experiences. Philipsz is the fourth woman to win the Turner Prize and the first person to win with a sound installation.

Established in 1984 to draw greater public attention to contemporary art, the Turner Prize has both reflected and informed the popular reception of new British art in this country and internationally.

Each year a specialist jury has shortlisted some of the most important artists working today, and made the difficult decision to award the Prize to one of them, causing annual controversy and debate.