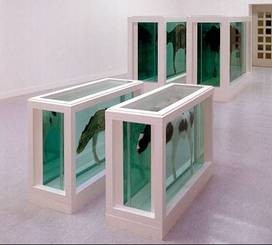 This is the definitive Turner Prize exhibition, featuring works by all the winning artists since it began in 1984. From Anish Kapoor to Damien Hirst, and Gilbert & George to Grayson Perry, it presents a snapshot of British art from the last 24 years.

The Turner Prize: A Retrospective explores the history of the prize with a chronological selection of key works by the winning artists such as Malcolm Morley, Richard Deacon, Rachel Whiteread, Douglas Gordon, Wolfgang Tillmans and Tomma Abts, alongside documentation of over 90 short-listed artists. Key works in the exhibition include Gilbert & George’s Drunk with God 1983, Antony Gormley’s Testing a World View 1993, Damien Hirst’s Mother and Child Divided 1993, Martin Creed's Work # 227: The lights going on and off 2001 and Simon Starling’s Shedboatshed (Mobile Architecture No 2) 2005.

Created to draw greater public attention to contemporary art, the Turner Prize has played a significant role in the growing interest in British art and since the mid 1980s the visual arts scene in Britain has changed beyond recognition. This exhibition is a unique opportunity to reflect upon some of the most significant moments in the recent history of British art and the reception of the prize by the press, by artists and by the public.