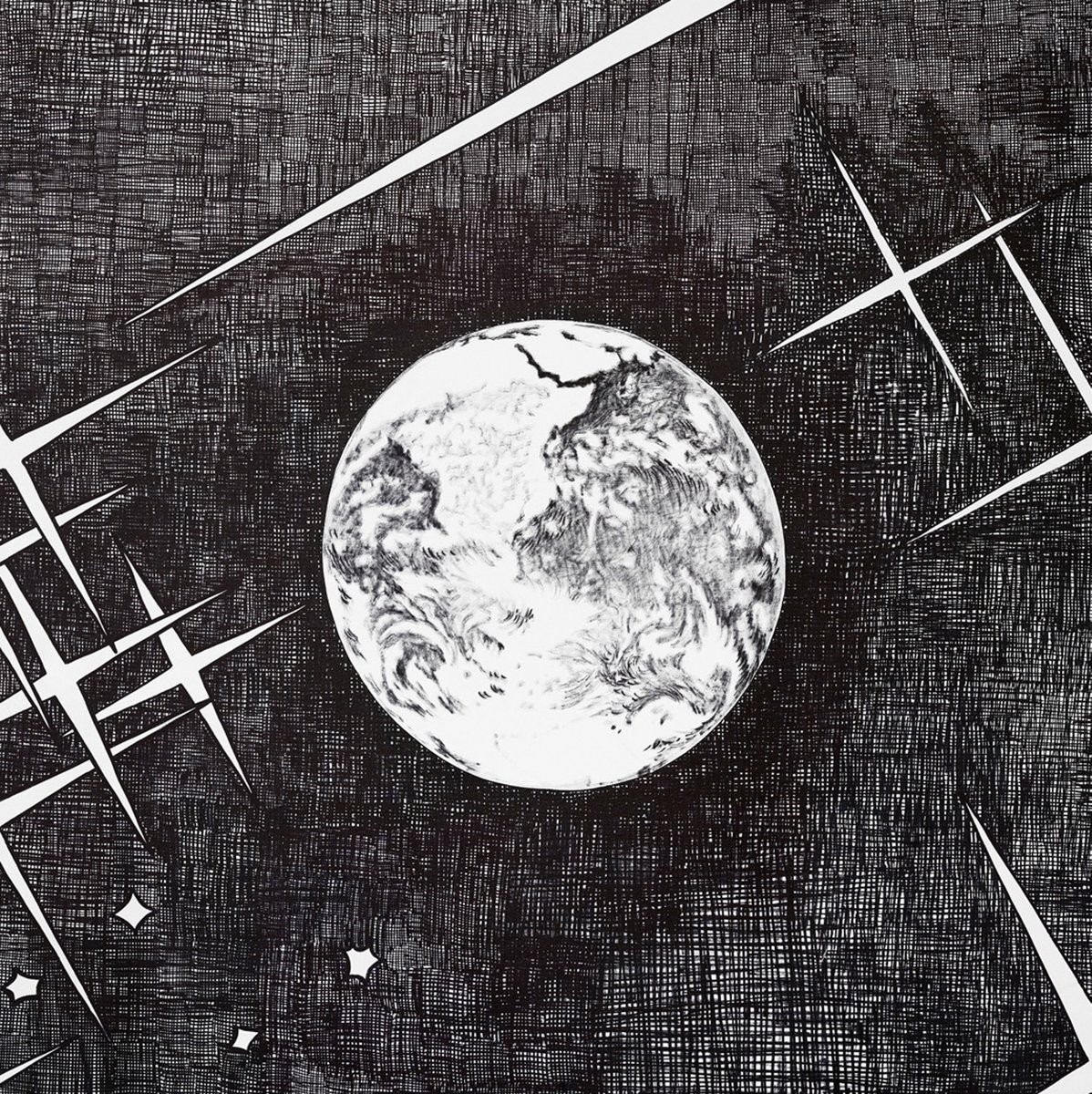 Inspired by the Bayeux Tapestry and the anonymous artists who depicted Halley’s Comet in 1066, Space Tapestry: Faraway Missions is a large-scale wall hanging made by artist Aleksandra Mir (b. 1967) and 25 collaborators, aged 18–24.

From the unfathomable distances between us and the planets that form our solar system, to our constant quest to find extraterrestrial life, Faraway Missions reflects society’s relationship with space and our insatiable curiosity to find out if we are alone in the universe. The 40 metre tapestry will be combined with 39 smaller drawings depicting a series of probes that have been sent into outer space since the 1950s, exploring parts of the cosmos further away from our reach but closer in our understanding of it. Together, these works invite visitors to consider not only the great discoveries of space exploration, but to see the romance in science and gain perspective on humanity’s significance in the universe and our relationships to one another.
www.tate.org.uk/liverpool