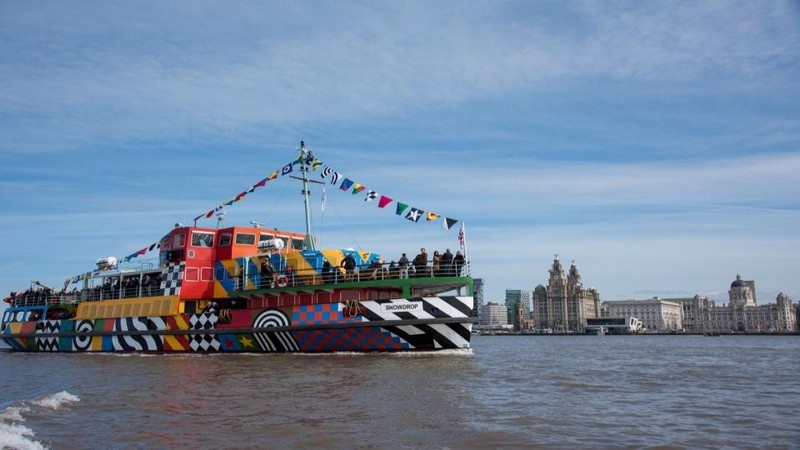 Everybody Razzle Dazzle will see Peter Blake transform Snowdrop – an active Mersey Ferry – with one of his iconic, colourful designs into a fully working Dazzle Ferry.

Step aboard a moving artwork! Travelling on Snowdrop you’ll have the opportunity to learn more about the history of dazzle – a painting technique employed to camouflage British ships – and the role that Liverpool’s much loved Mersey Ferries took in the First World War in a special on-board display.