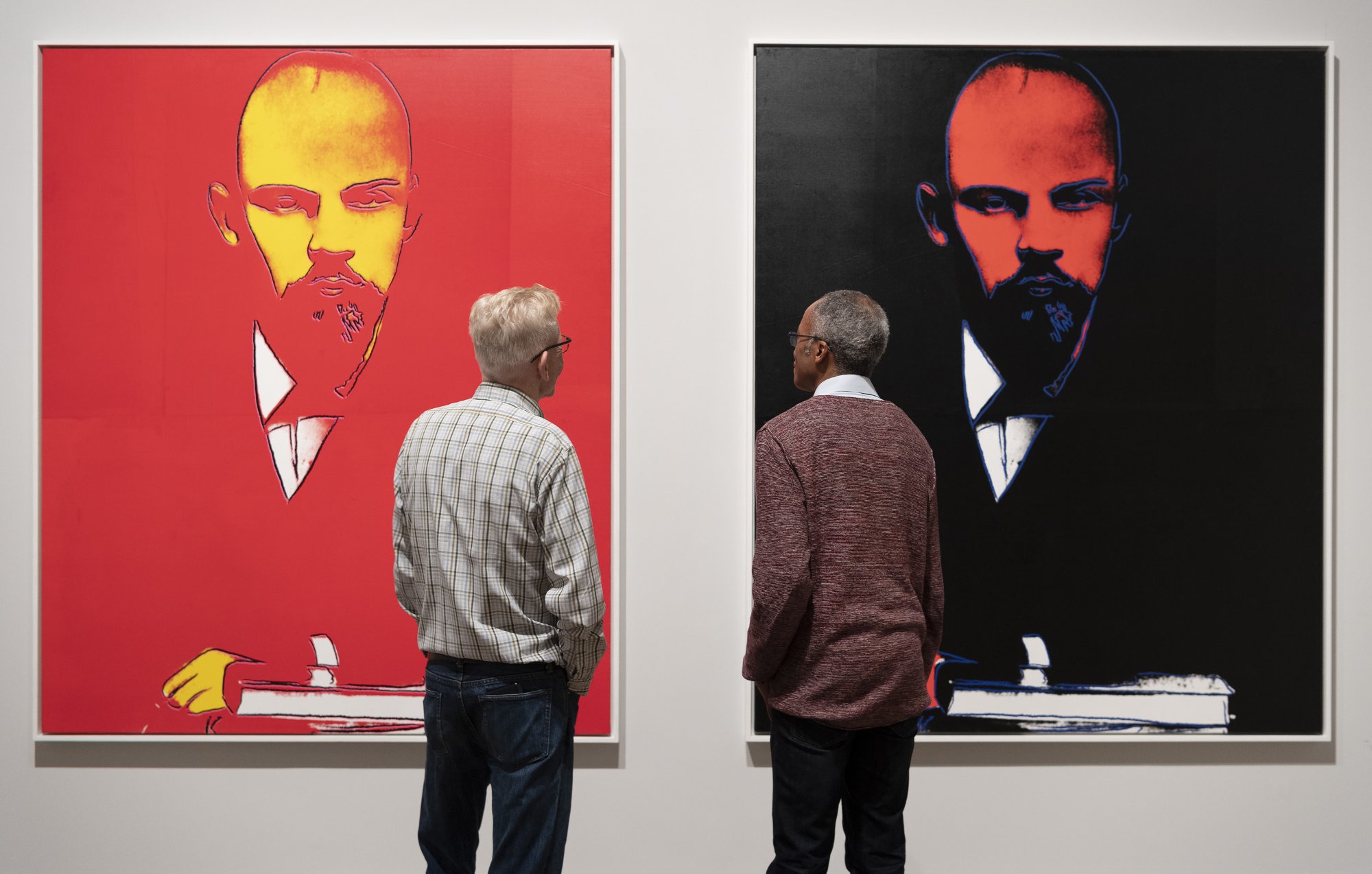 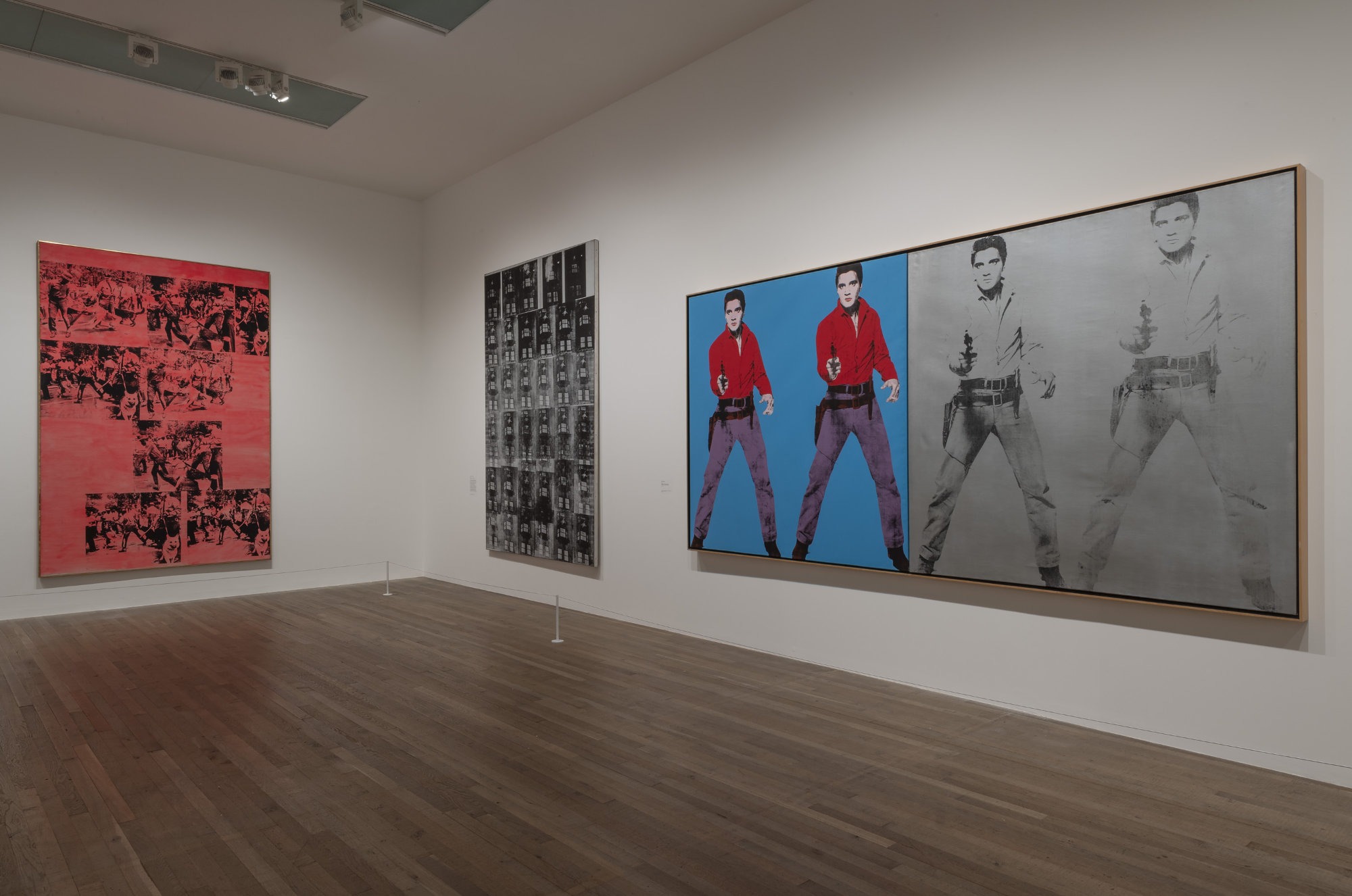 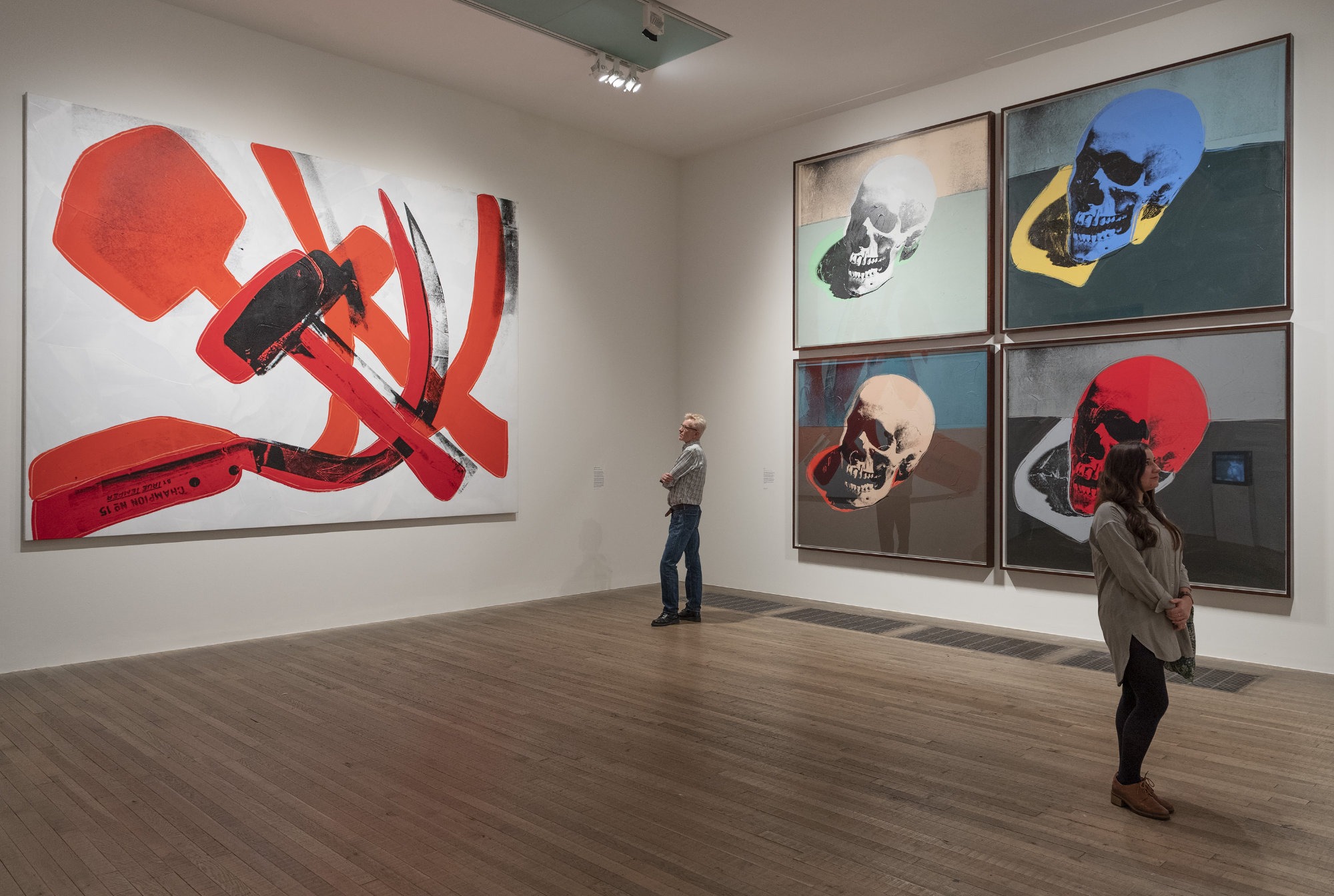 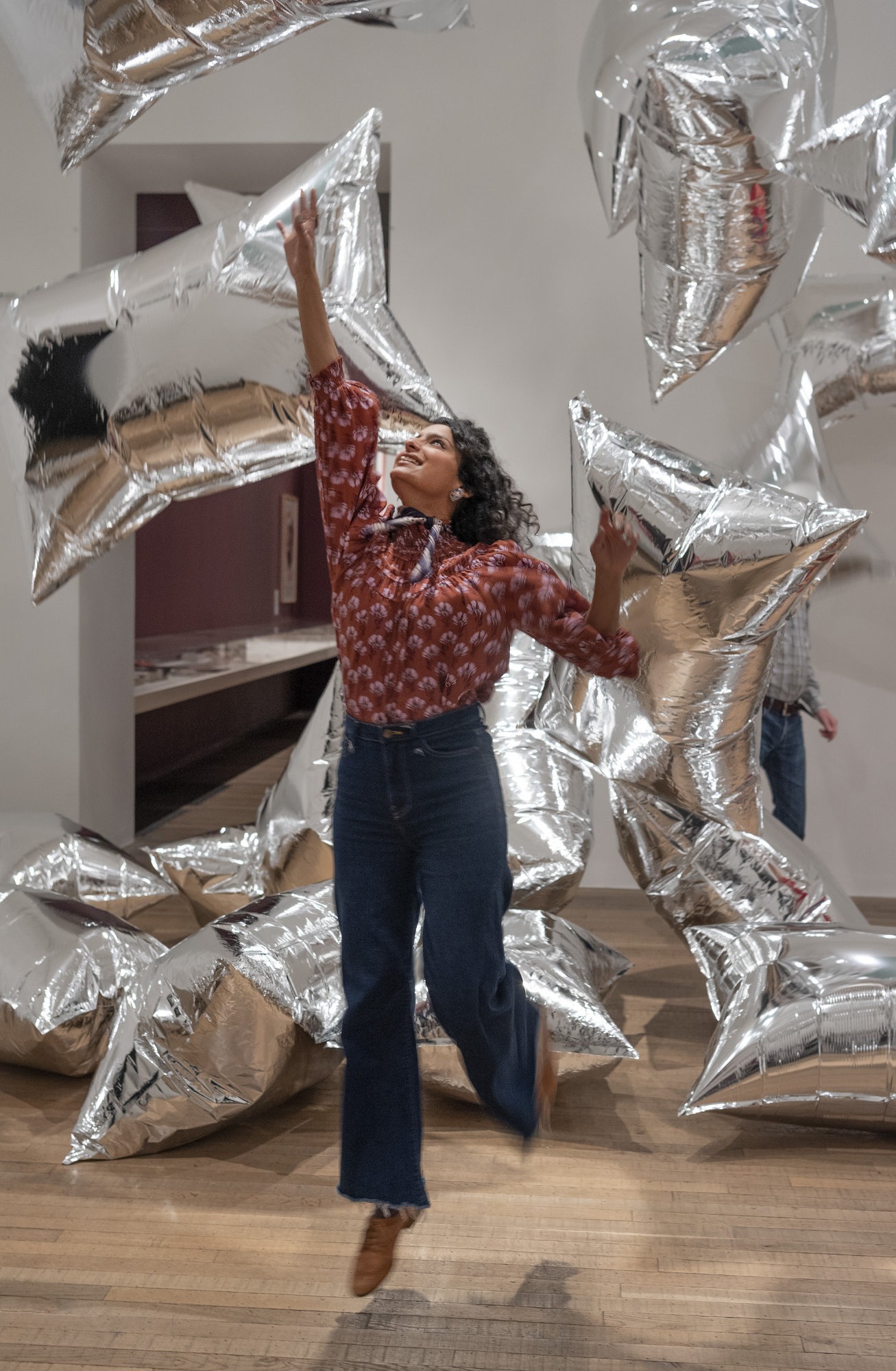 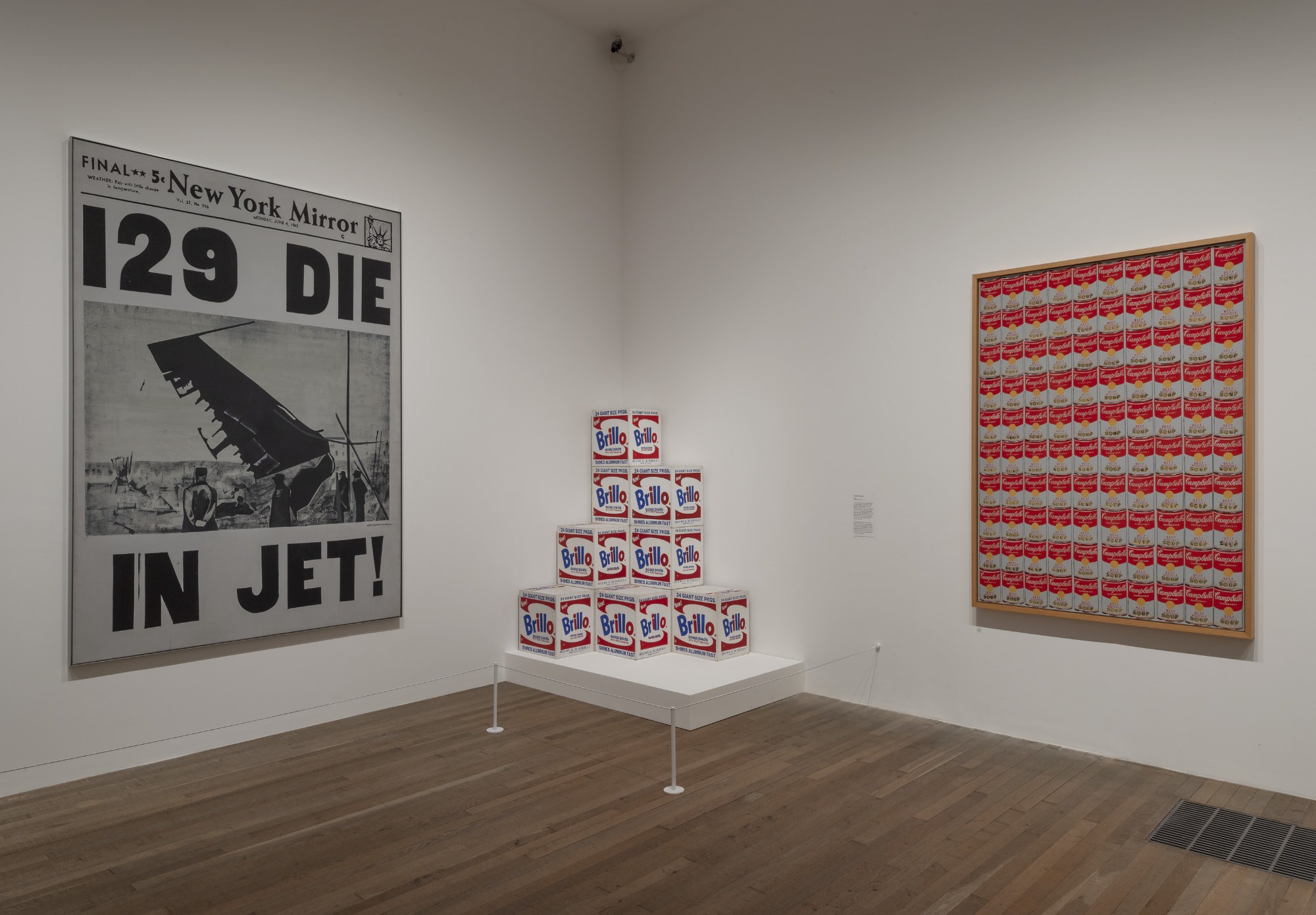 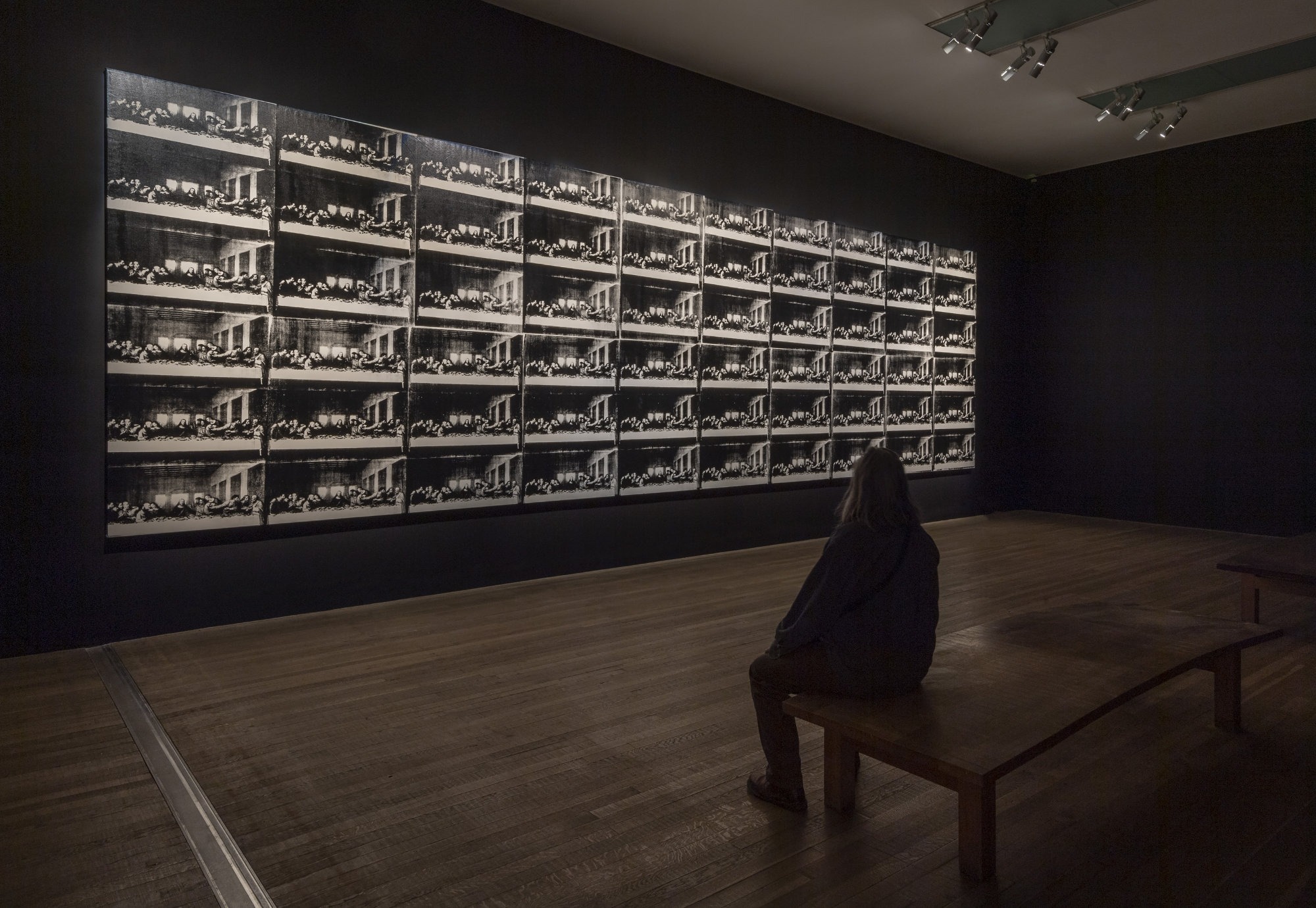 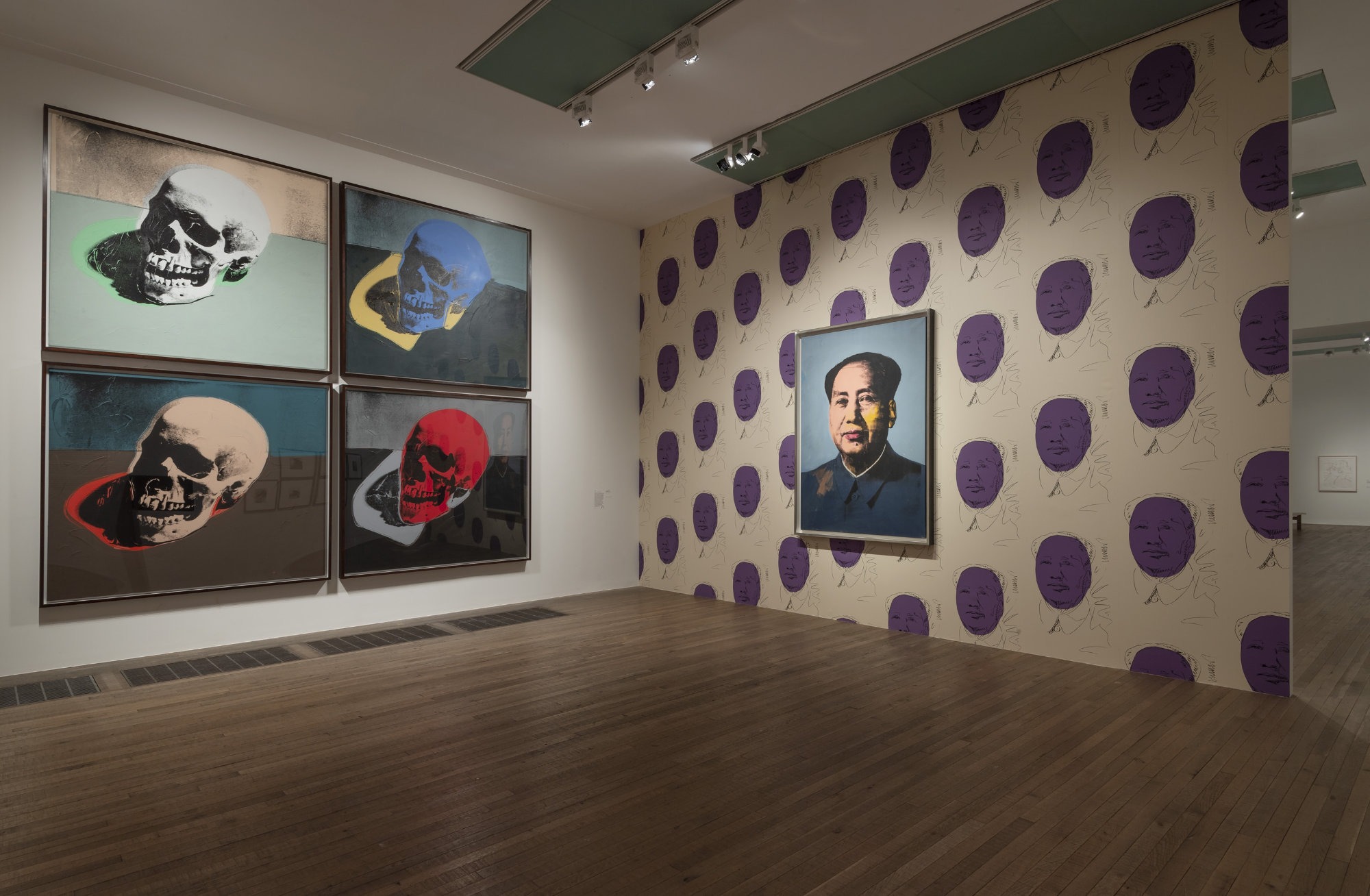 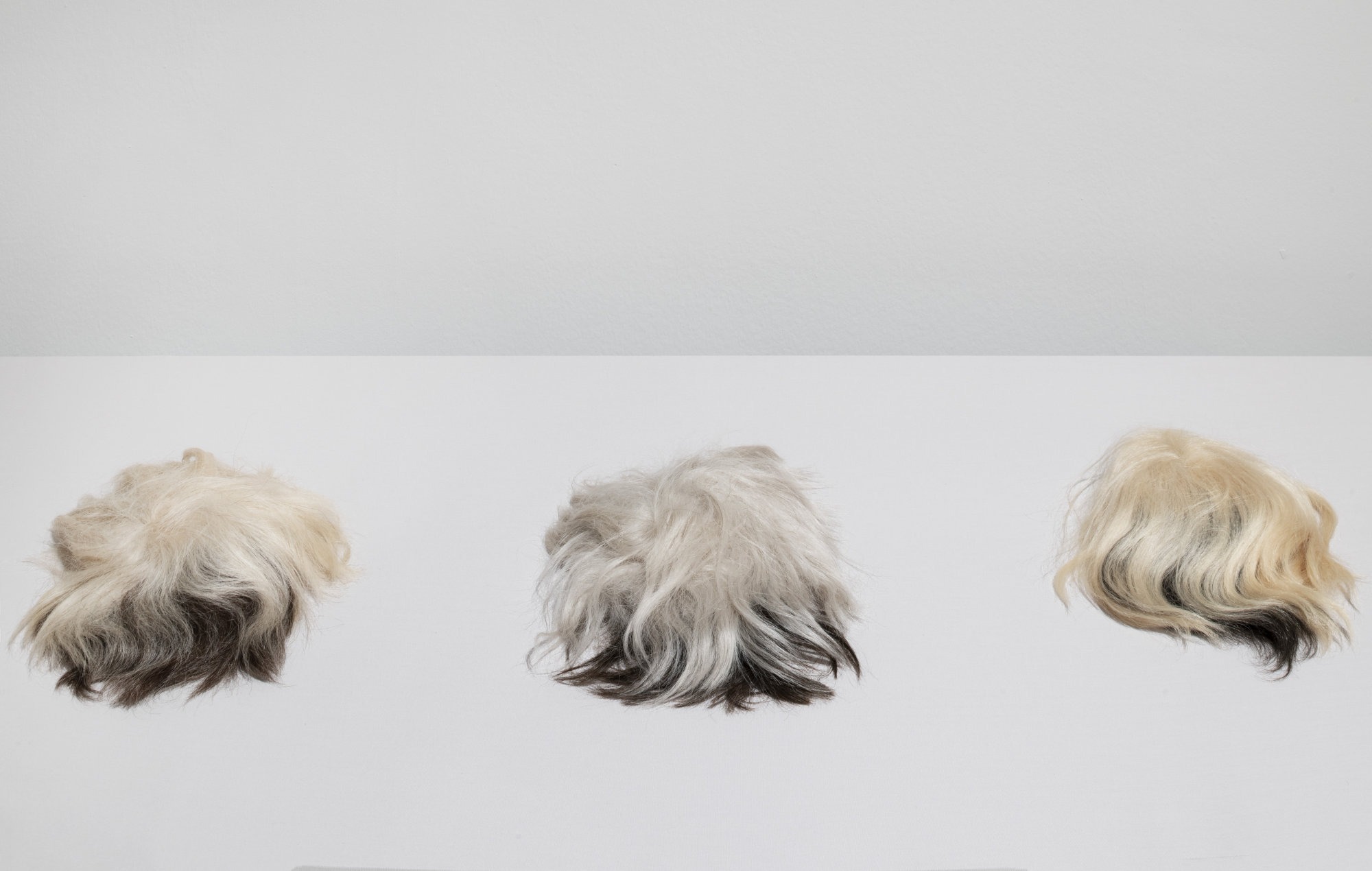 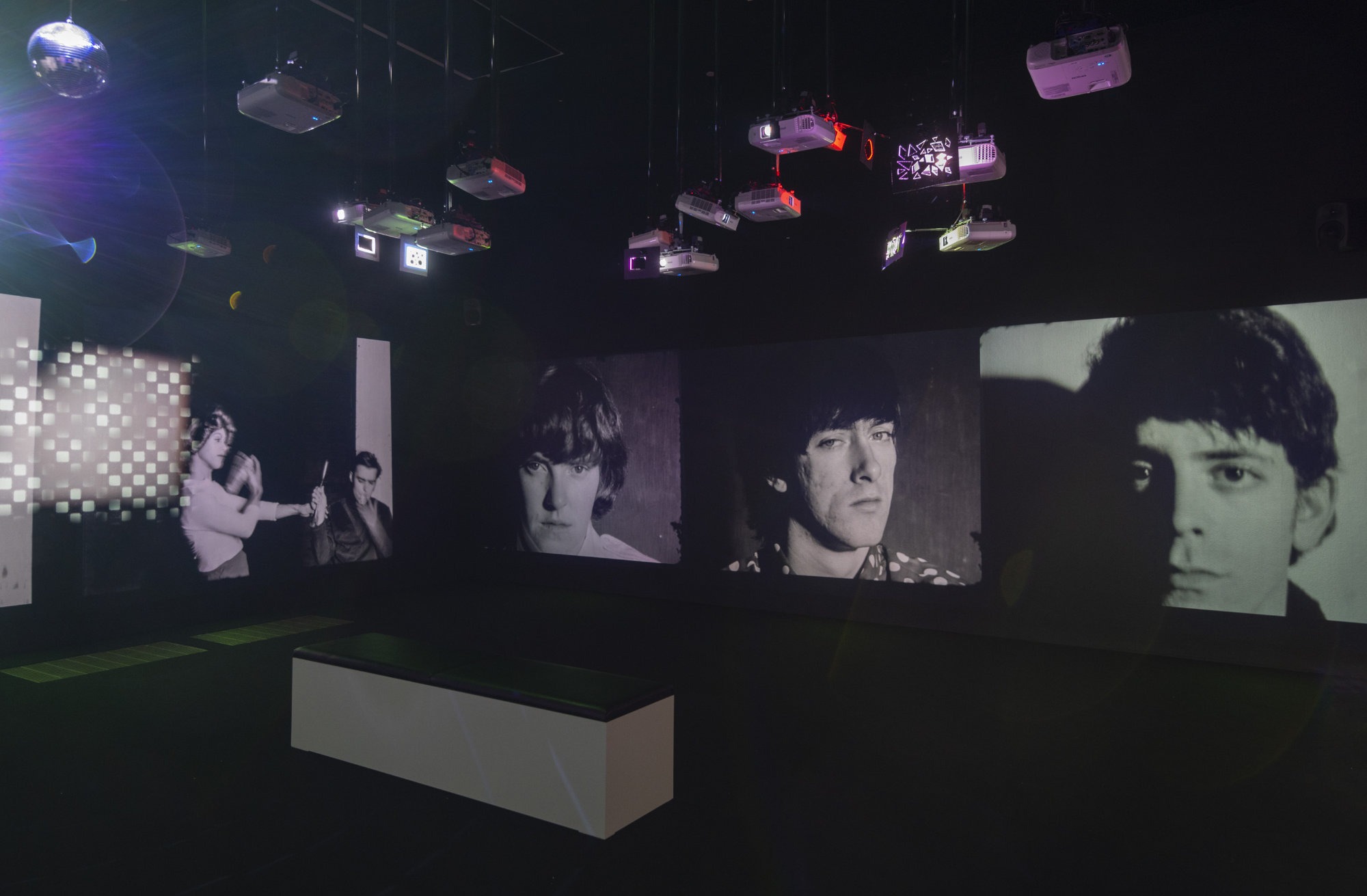 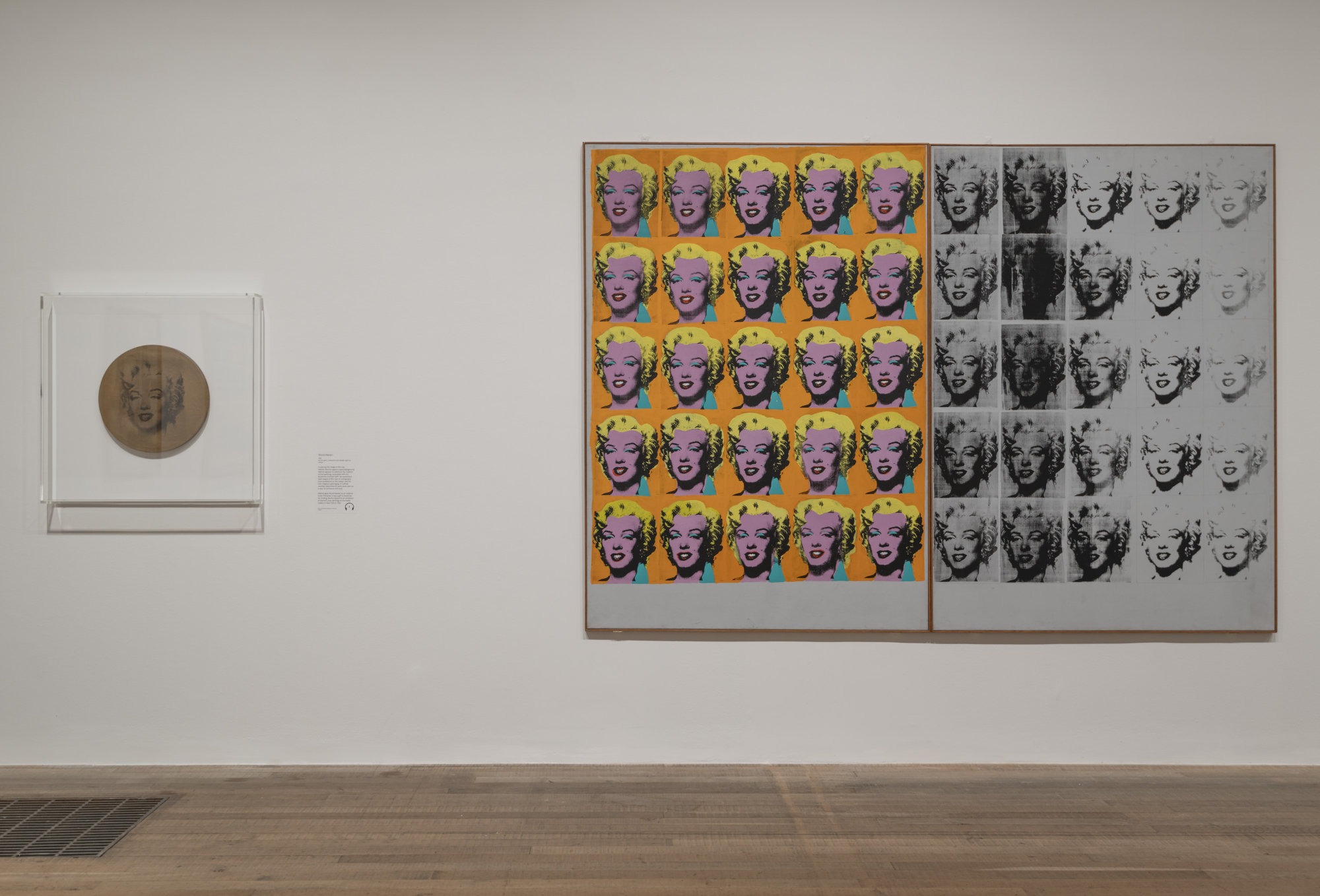 Andy Warhol, installation view at Tate Modern, 2020
© Tate photography, Andrew Dunkley
Andy Warhol (1928–87) was one of the most recognisable artists of the late 20th century, yet his life and work continue to fascinate and be interpreted anew. A shy, and gay man from a religious, migrant, low income household, he forged his own distinct path to emerge as the epitome of the pop art movement. This major new exhibition at Tate Modern – the first at the gallery for almost 20 years – offers visitors a rare personal insight into how Warhol and his work marked a period of cultural transformation. Drawing upon recent scholarship, it provides a new lens through which to view this American icon.

Featuring over 100 works from across his remarkable career, the show sheds light on how Warhol’s experiences shaped his unique take on 20th century culture, positioning him within the shifting creative and political landscape in which he worked. While he is best known for his iconic paintings of Coca-Cola bottles and Marilyn Monroe that held up a mirror to American culture, this exhibition emphasises recurring themes around desire, identity and belief that emerge from his biography. It shows how this innovative artist reimagined what art could be in an age of immense social, political and technological change.

Born Andrew Warhola, he grew up in Pittsburgh to Carpatho-Rusyn parents who emigrated from a small village in the former Czechoslovak Republic. The Warhola family were devout followers of the Byzantine Ruthenian Catholic Church, and the impact of the strong religious conviction of Julia Warhola, Andy’s mother with whom he lived for most of his life, is considered as a significant context to his work. Warhol’s sexuality is also an important theme in the exhibition, beginning with a selection of his evocative early line drawings of men from the 1950s. These works form an intimate pairing with the film Sleep 1963 – which documents Warhol’s lover, the poet John Giorno.

Key works from the pop period, such as Marilyn Diptych 1962, Elvis I and II 1963/1964 and Pink Race Riot 1964, are examined in relation to contemporary issues around American culture and politics, while Warhol’s drive and limitless ambition to push the traditional boundaries of media are represented via his famous Screen Tests 1964-6 and a recreation of the psychedelic multimedia environment of Exploding Plastic Inevitable 1966, originally produced for the Velvet Underground rock shows. Visitors can also experience Warhol’s floating Silver Clouds 1966 installation that was initially meant to signal his ‘retirement’ from painting in favour of moviemaking. He famously stated that ‘good business is the best art’: the exhibition looks at how Warhol’s forays into publishing and TV, as well as his interest in club culture, can be viewed as an attempt to bring the stars of the underground into the mainstream.

Following his shooting by Valerie Solanas in 1968, Warhol returned to large-scale painting projects and the exhibition emphasises his skill as a painter and colourist with a room dedicated to the largest grouping of his 1975 Ladies and Gentlemen series ever shown in the UK. These striking portraits depict anonymous Black and Latinx drag queens and trans women from New York, including iconic performer and activist, Marsha 'Pay it no mind' Johnson - a prominent figure in the Stonewall uprising of 1969. Warhol’s final works of the 80s, such as the poignant Sixty Last Suppers 1986 – on view at Tate Modern for the first time in this country – is considered in relation to the artist’s untimely death as well as the unfolding HIV/AIDS epidemic, which ultimately went on to impact the lives of many in his close circle.