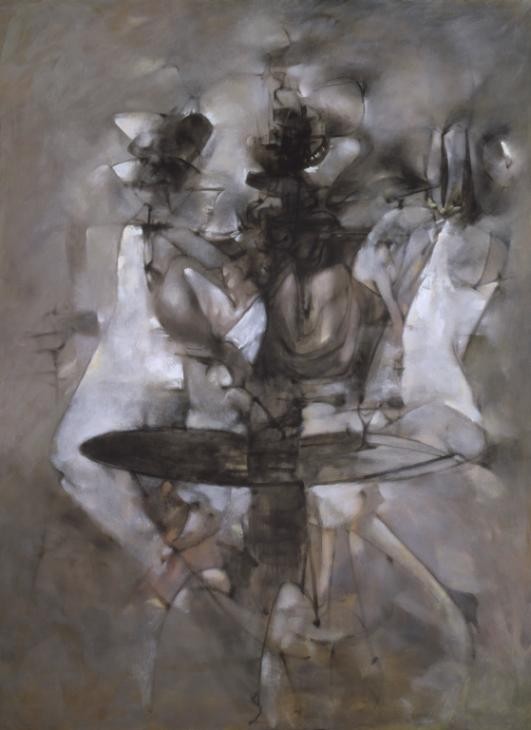 The influence of surrealism stretched far beyond the confines of the movement, as individual artists made their own explorations of the irrational and the unconscious.
Pablo Picasso was among those who drew strength from the surrealist movement, harnessing its energies to produce work of an extraordinary intensity. One reason for this wider diffusion of surrealist themes was a growing awareness of the overwhelming power of the irrational. New insights were provided by cultural and psychoanalytic theories such as Sigmund Freud’s ideas of sex and death as primal drives, and the archetypes identified by Carl Jung.

The traumatic experience of the Second World War cast a long shadow over the art of the 1940s and 1950s. Germaine Richier, who had made traditional figurative sculptures before the war, now produced distorted animal and partly human figures that seemed to embody the anxieties and despair of contemporary Europe. The CoBrA group (the name was derived from Copenhagen, Brussels and Amsterdam, where the founders were based) rejected Breton’s decision to turn away from politics, while championing a spontaneous creativity that would anticipate social and political liberation.

Surrealist ideas also began to flourish outside Western Europe. Several surrealists, including Breton, took refuge from the war in New York, and their presence helped to ferment the work of American artists including Robert Motherwell, Dorothea Tanning and Arshile Gorky, whose Waterfall relates to the Connecticut landscape, but also to memories of his native Armenia.
www.tate.org.uk/modern