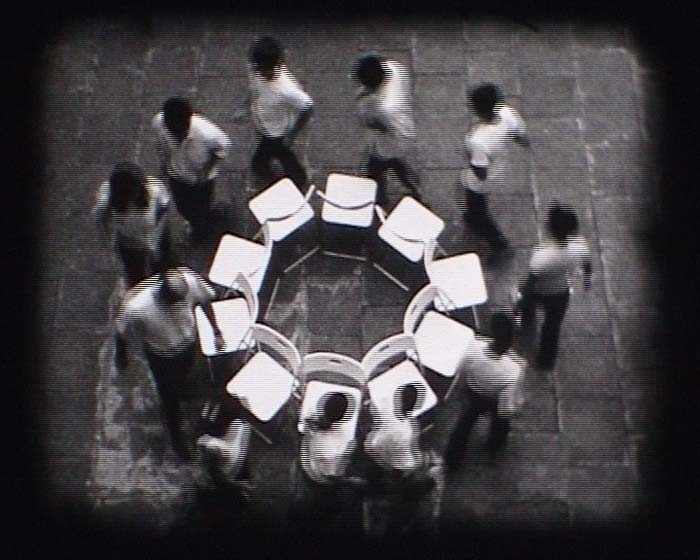 Here We Dance looks at the relationship between the body and the state, exploring how the physical presence and circulation of bodies in public space informs our perceptions of identity, nation, society and democracy. The title derives from a work by Ian Hamilton Finlay, which refers to the celebrations that took place during the French Revolution, and alludes to the importance of social gathering in any form of political action or resistance.

Bodily movements and gestures, collective actions and games are examined through media as diverse as film, photography, neon text and performance. Each work presents the viewer with the residue of a past event, be it personal memory, cultural tradition, or a moment of historical or political significance. Here We Dance includes work by Johanna Billing, Katinka Bock, Yael Davids, Ian Hamilton Finlay, Gail Pickering and the choreographer Yvonne Rainer, whose performances are documented in photographs by Peter Moore.

Here We Dance is the third in a series of four related exhibitions in the Level 2 Gallery, Tate Modern’s dedicated space for contemporary and emerging international artists. The series will explore ideas of citizenship through themes of economy, belief, the state and the individual.