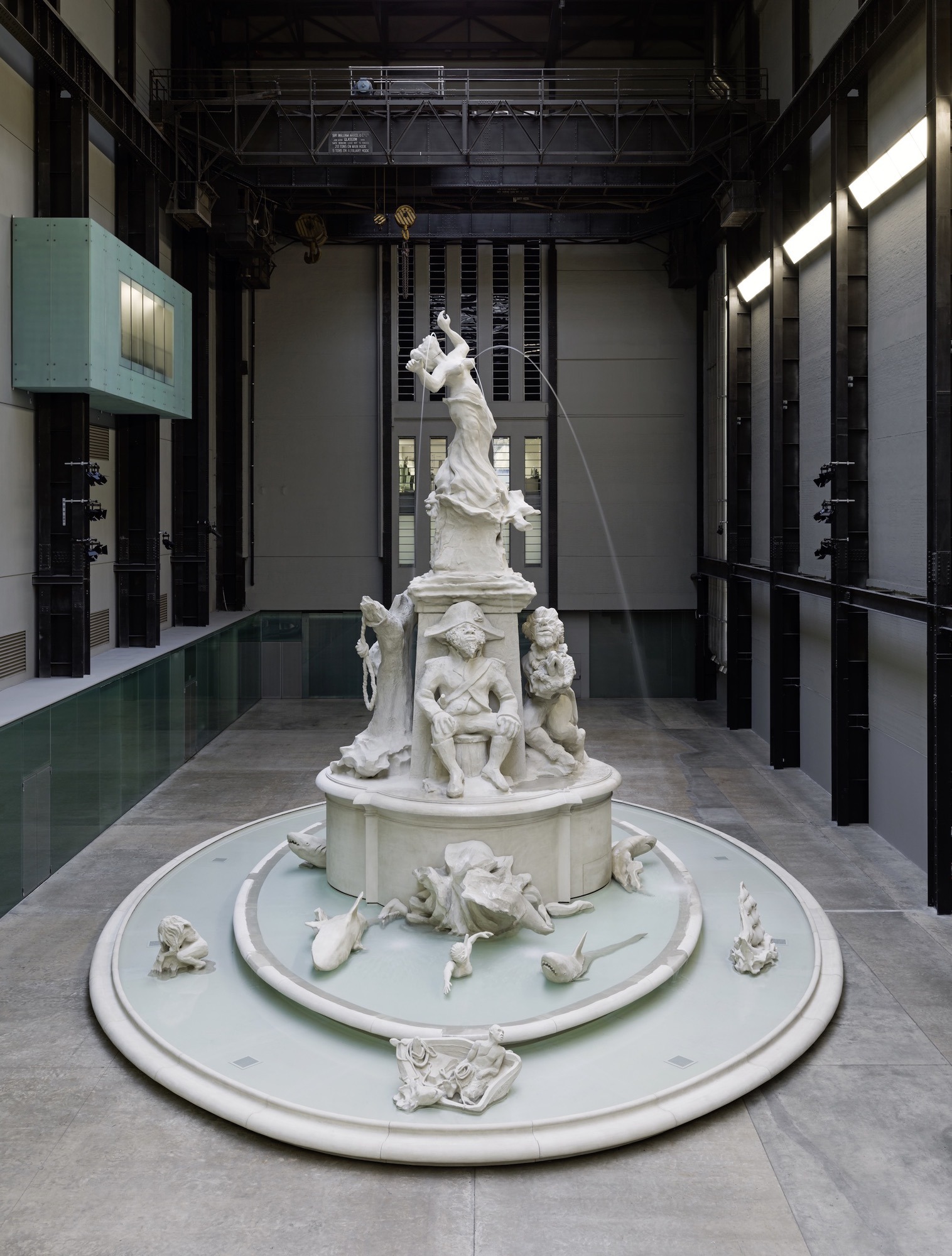 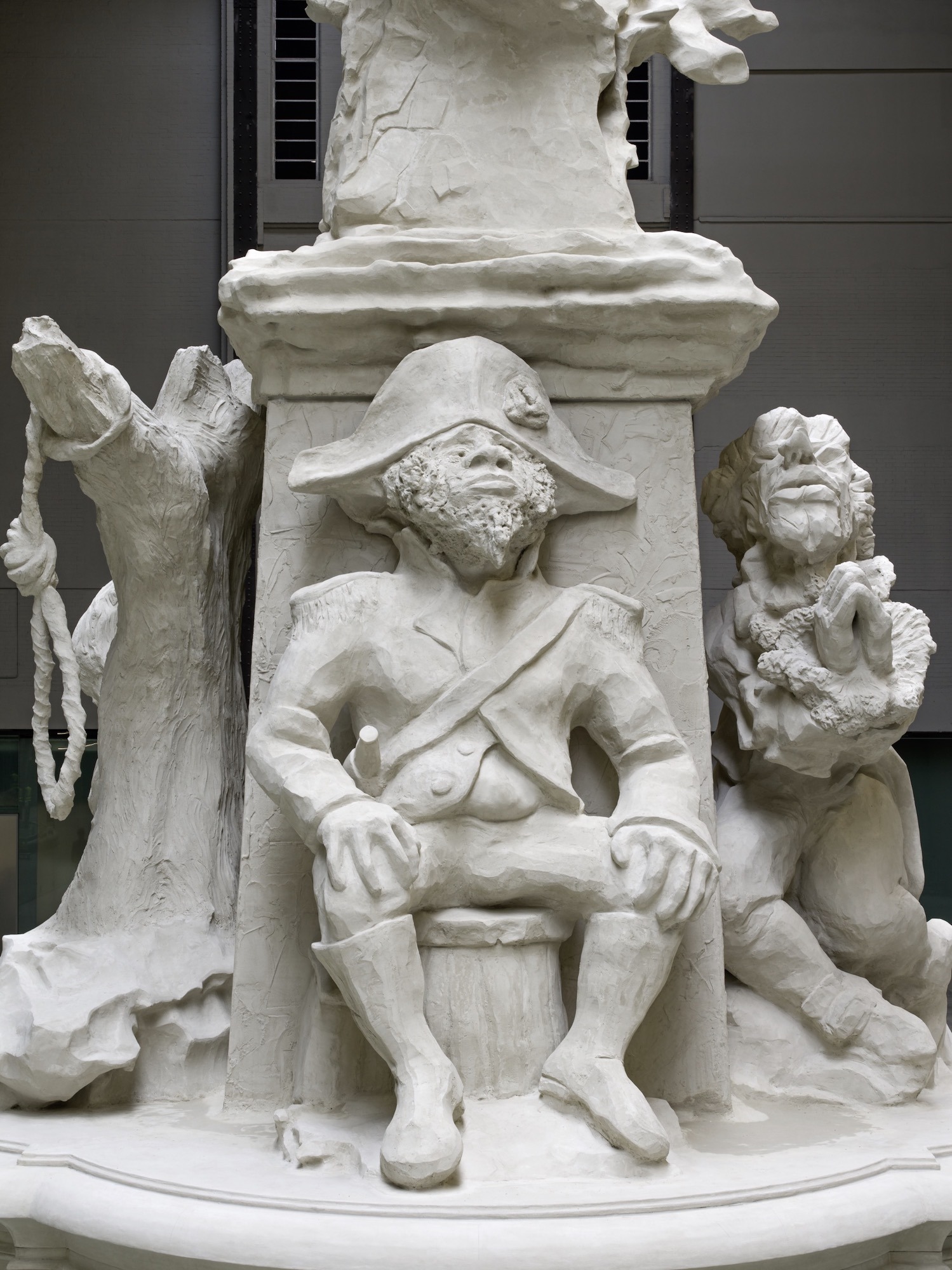 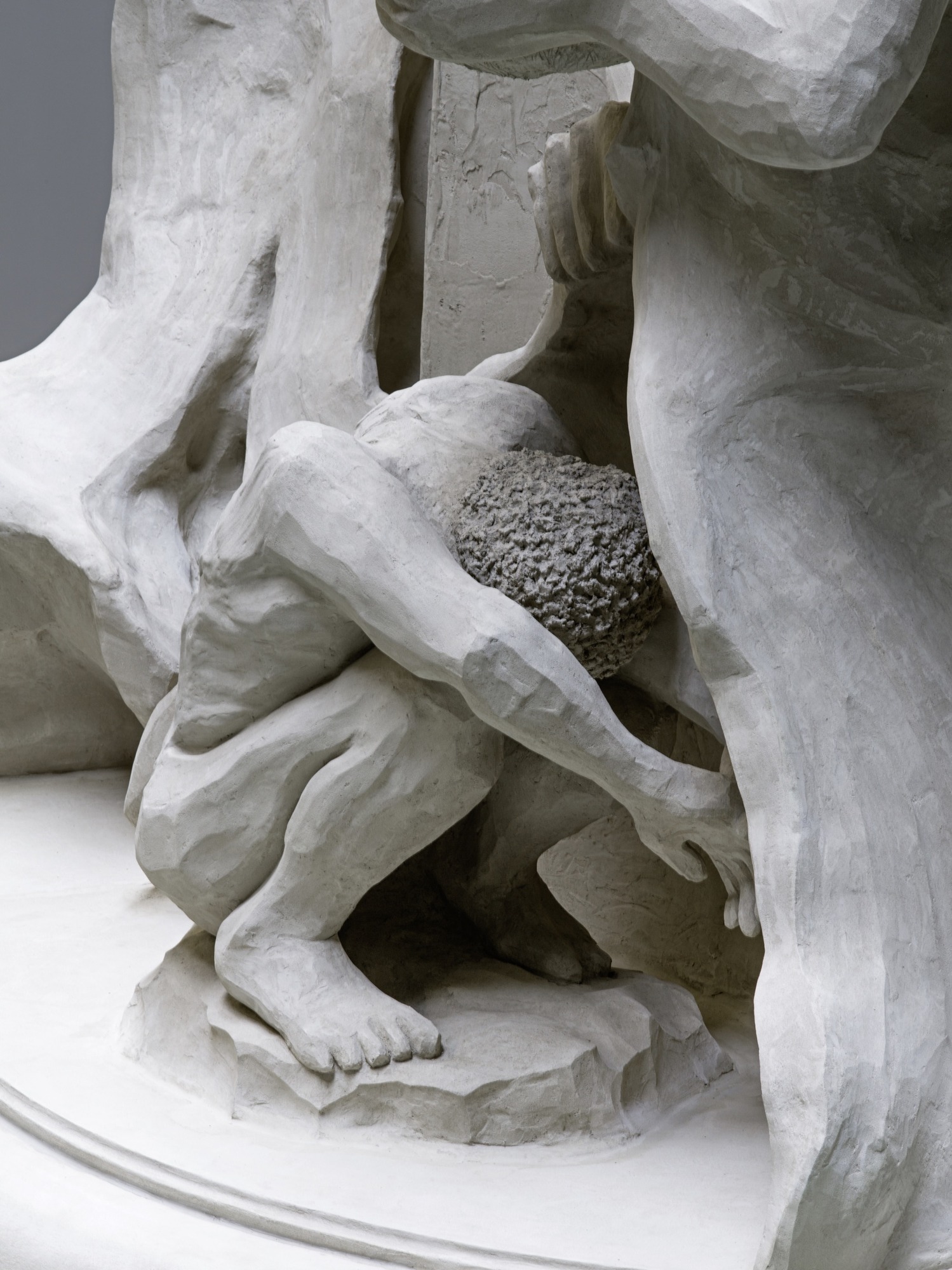 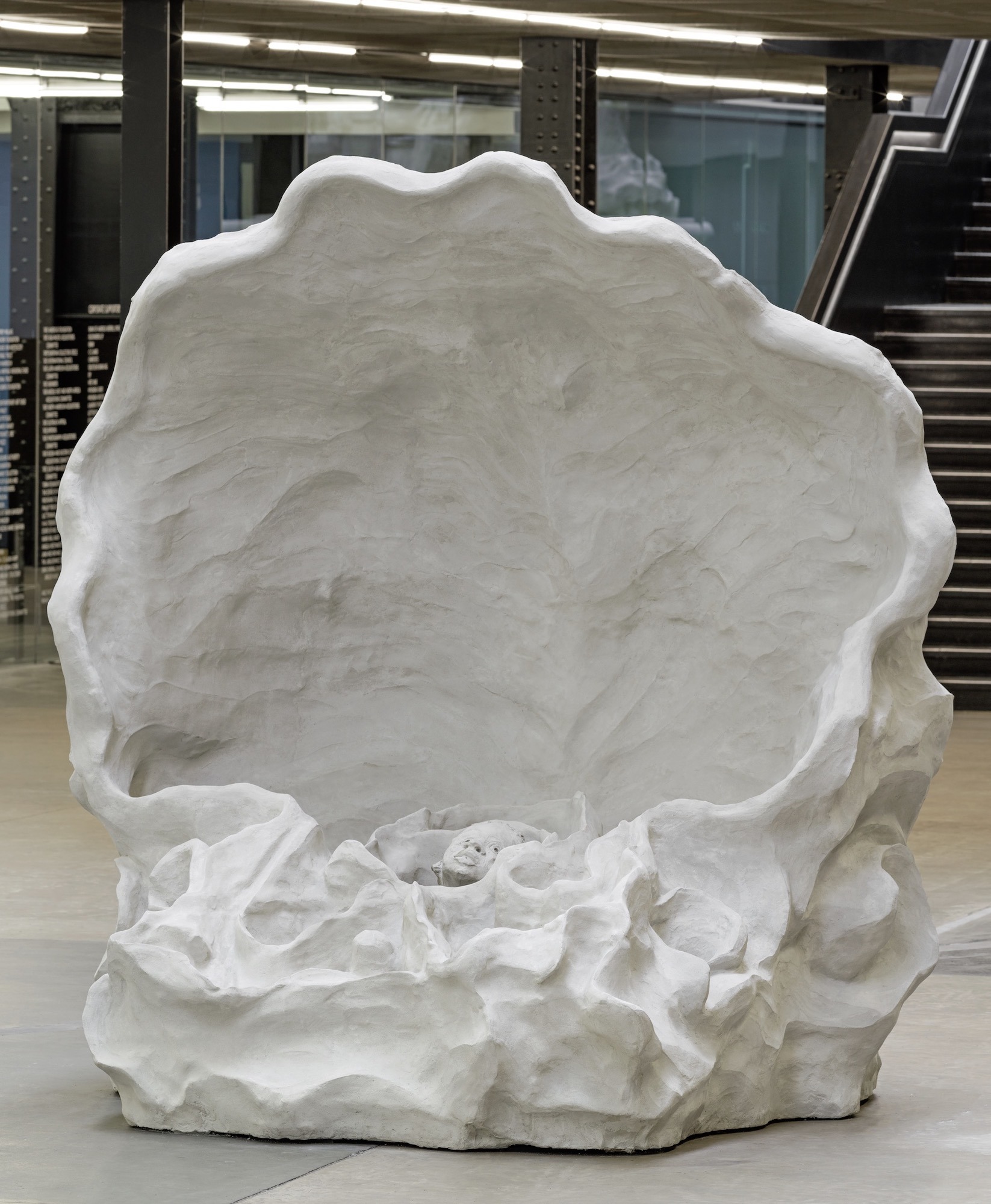 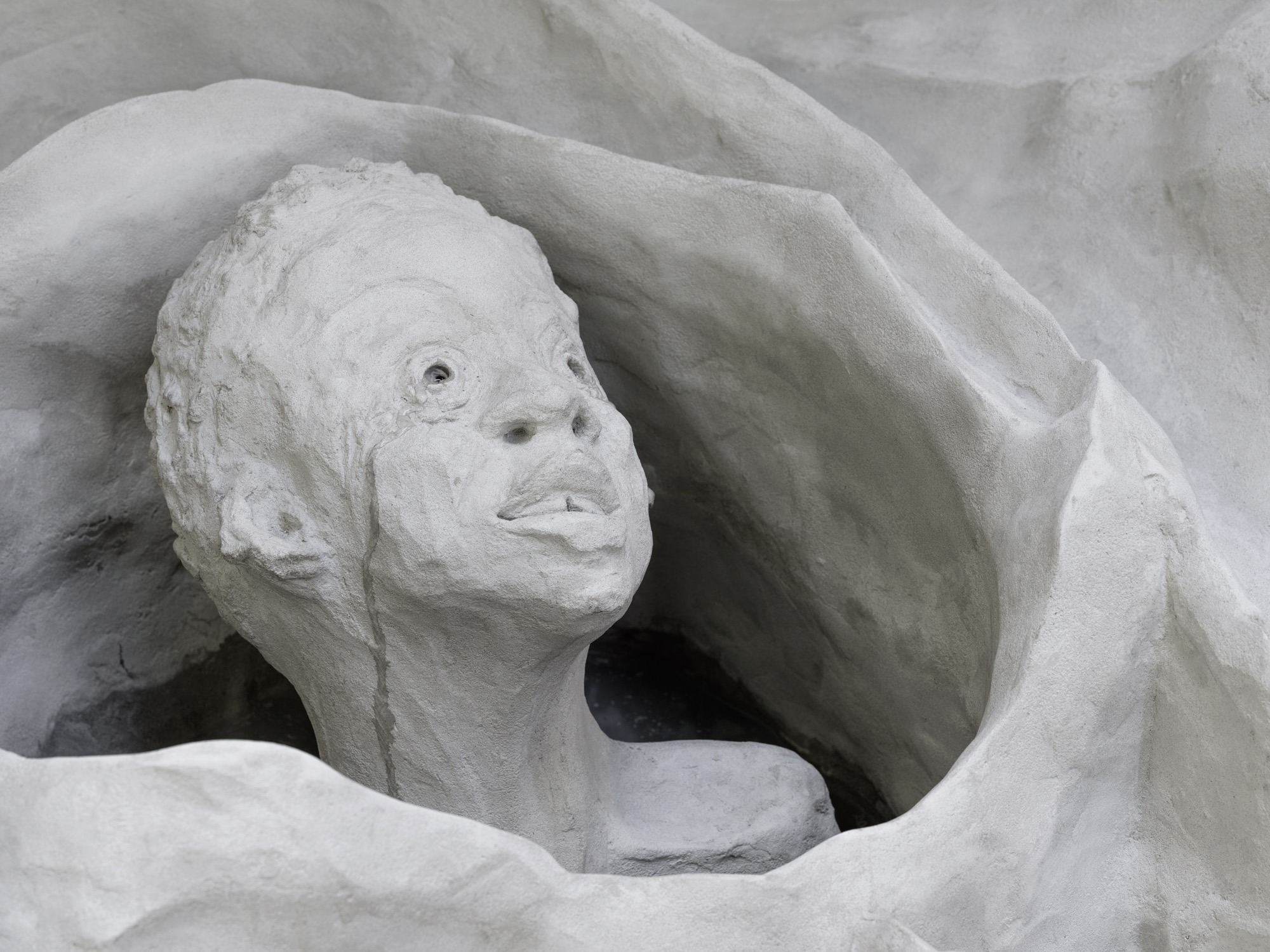 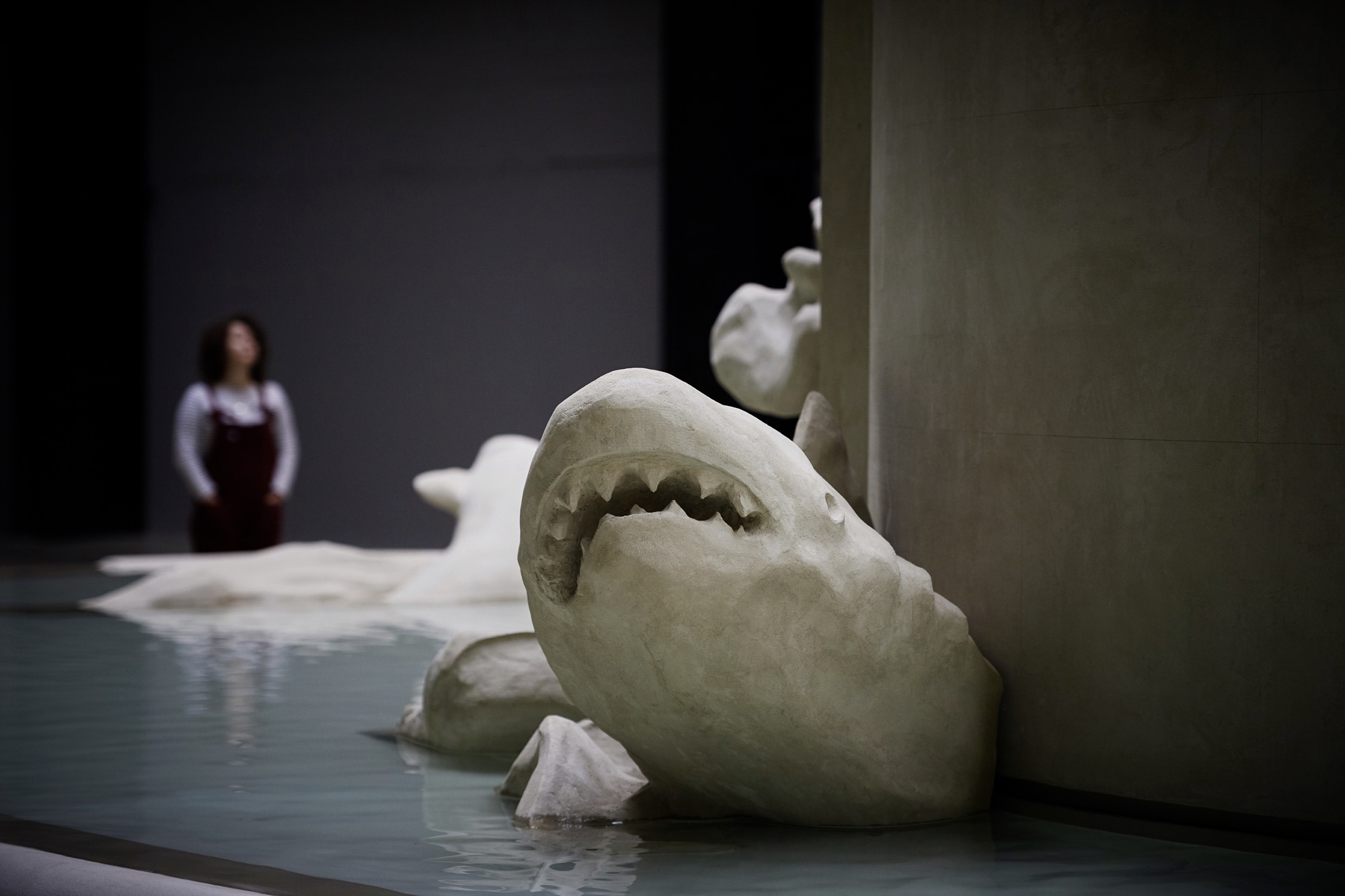 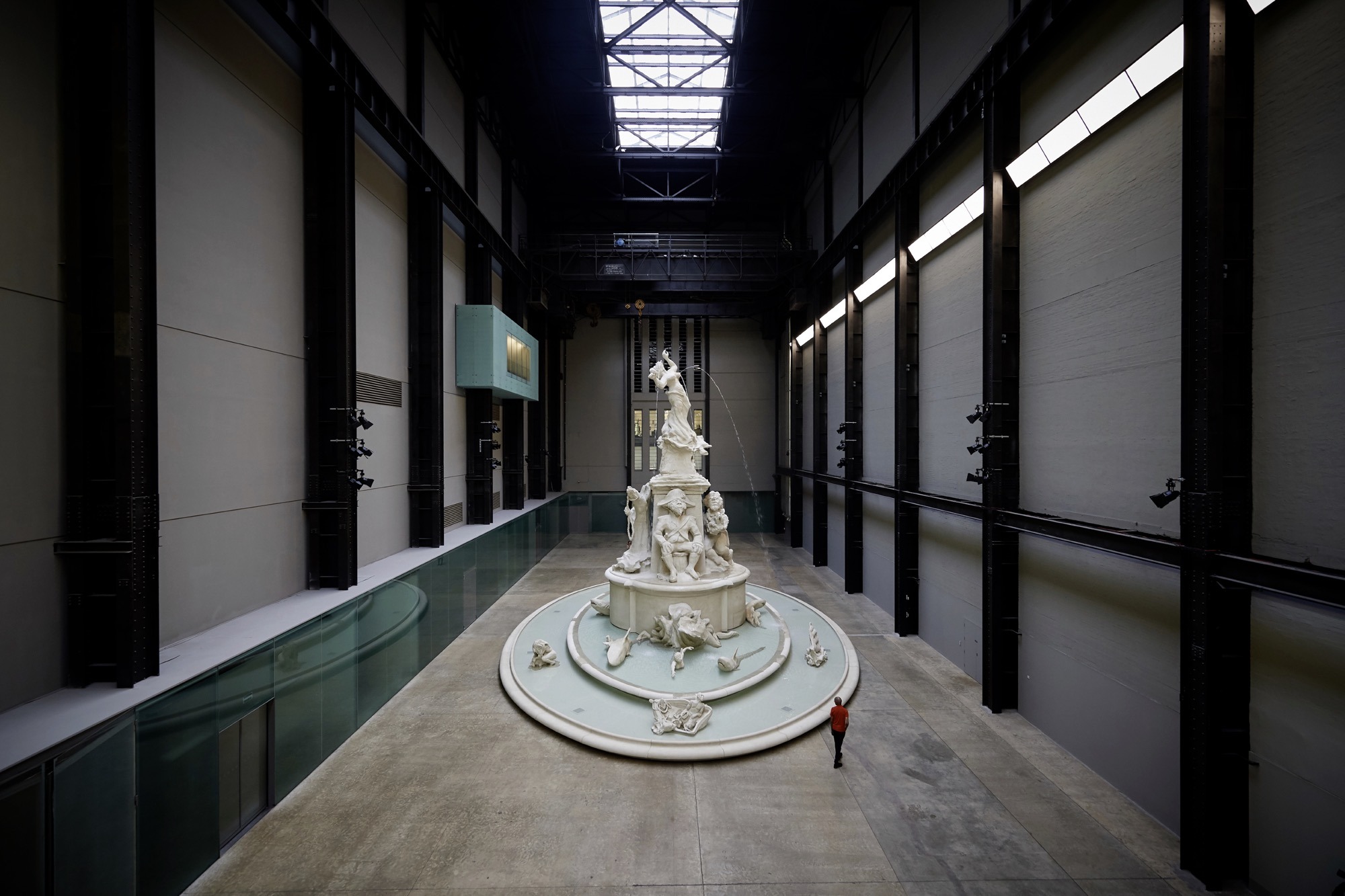 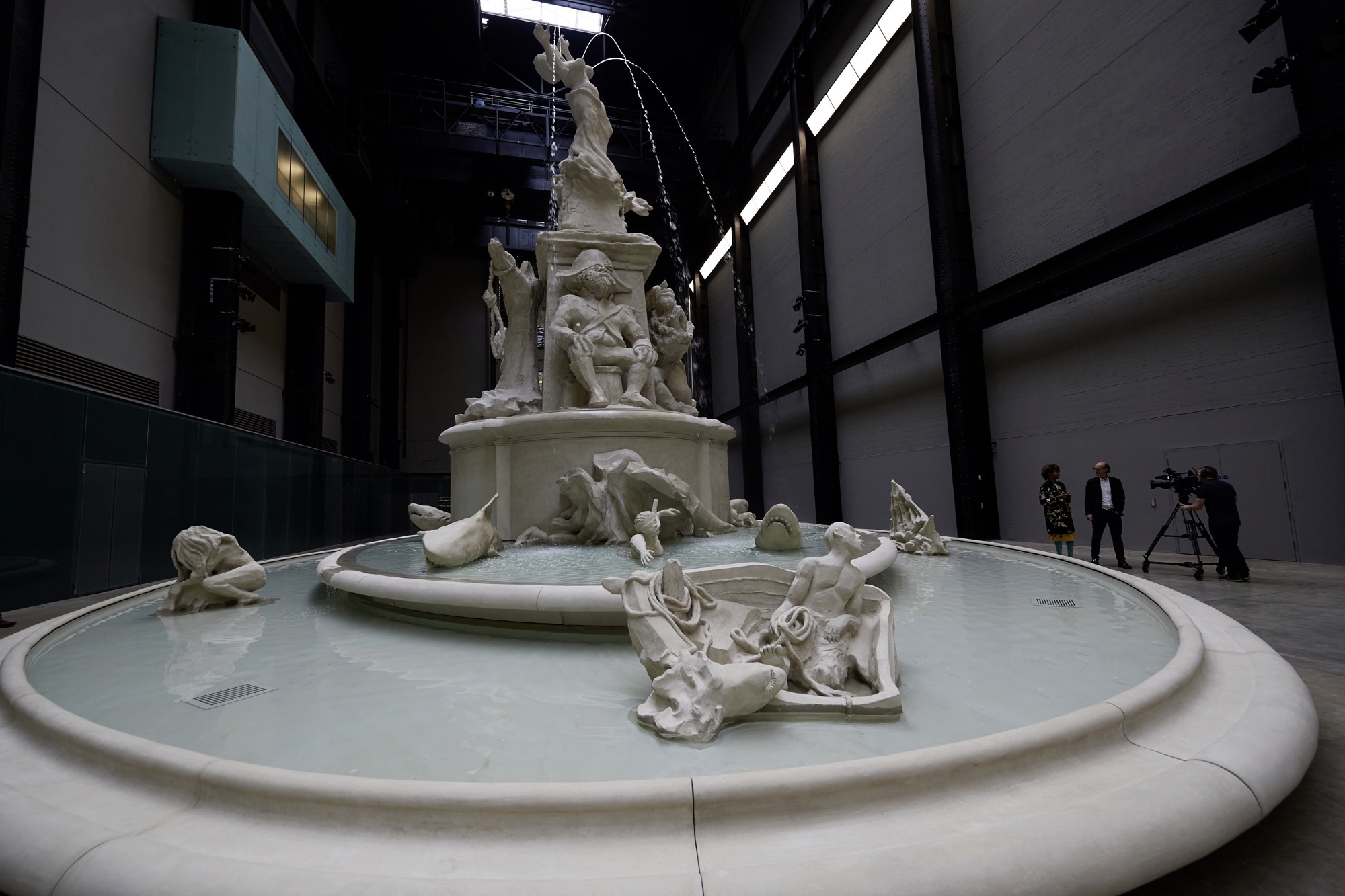 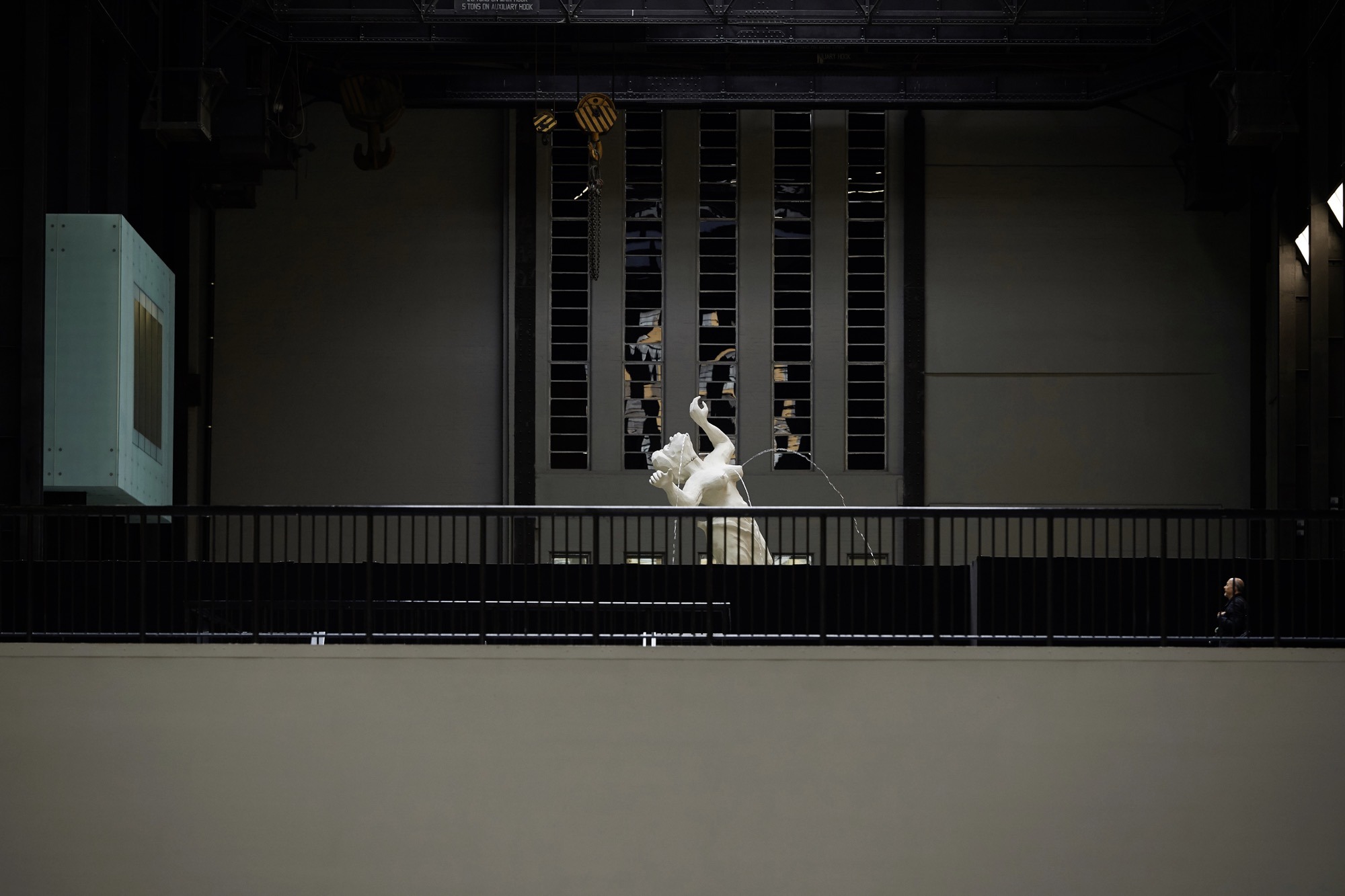 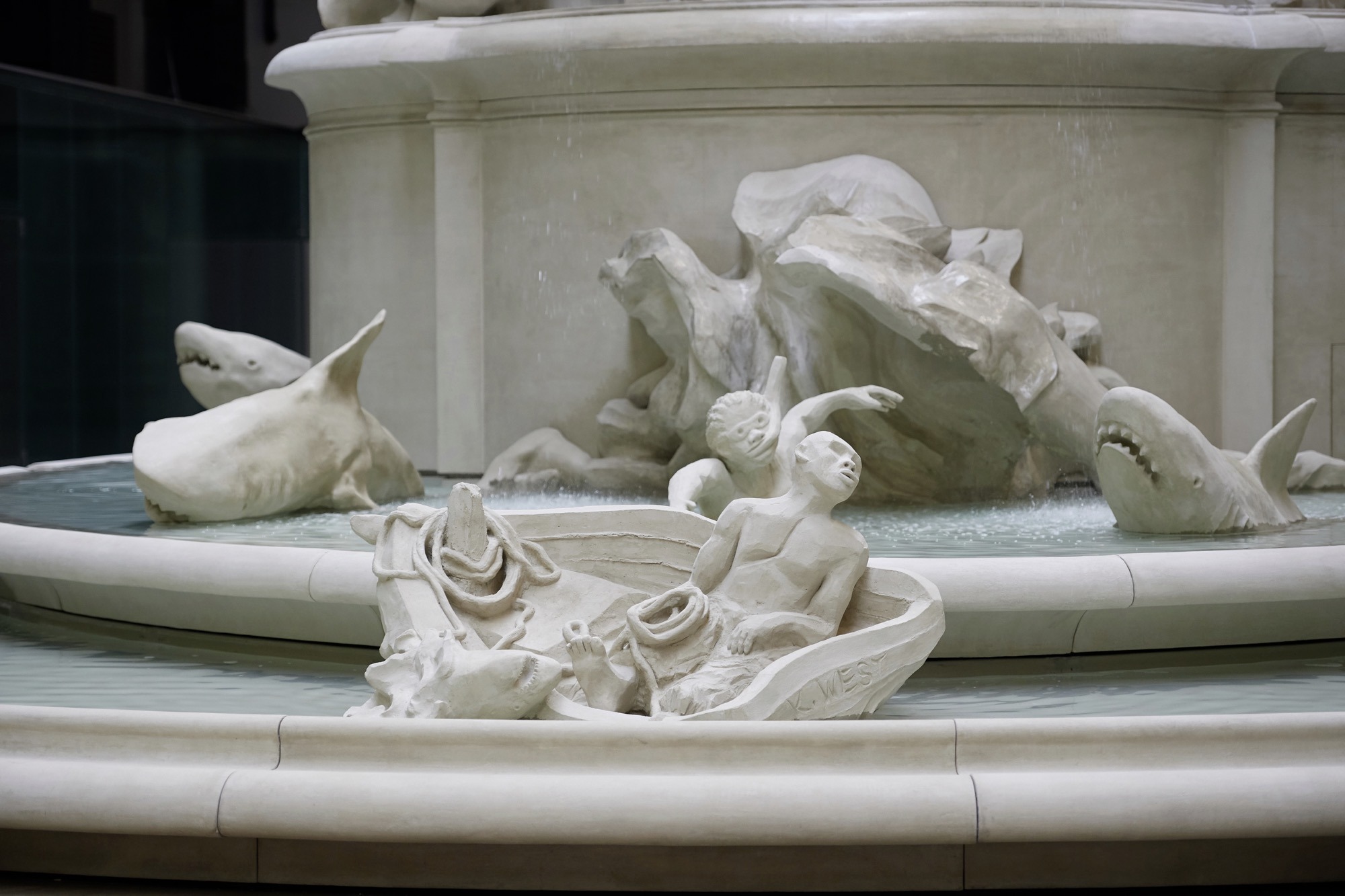 Tate Modern today unveils a monumental 13-metre-high fountain created by Kara Walker. Best known for her provocative and candid investigations of race, sexuality and violence through the history of slavery, Walker has now created one of the most ambitious Hyundai Commissions to date.

Fons Americanus presents an origin story of the African diaspora and poses timely questions about what is remembered and what is forgotten in public monuments. It is the fifth annual Hyundai Commission, a series of site-specific works created for the Turbine Hall by renowned international artists, as part of the partnership between Tate and Hyundai Motor.

Standing at the far end of the Turbine Hall, Fons Americanus is a soaring fountain that rises from two oval basins filled with water. Sculptural figures occupy these basins and all four sides of the multi-tiered central pedestal, with water spouting from the top figure. Its form is inspired by the Victoria Memorial in front of Buckingham Palace, designed in 1901 and unveiled in 1911 to honour the achievements of Queen Victoria. Rather than a celebration of the British Empire, Walker’s work offers a powerful critique, inverting the usual function of memorials and questioning the narratives of power they present. The fountain is an allegory of the Black Atlantic, exploring the interconnected histories of Africa, America and Europe through fact, fiction and fantasy. Using water as a key theme, the artist references the transatlantic slave trade and the ambitions, fates and tragedies of people from these three continents.

The sculptural figures covering the monument are derived from an array of art historical, literary and cultural sources. These include J.M.W. Turner’s Slave Ship 1840, Winslow Homer’s Gulf Stream 1899 and Damien Hirst’s formaldehyde shark The Physical Impossibility of Death in the Mind of Someone Living 1991. The 19th century slave propaganda image The Voyage of the Sable Venus from Angola to the West Indies is a particular source of inspiration, alongside other images of the Roman goddess Venus standing on a seashell. The figure of Venus stands proudly at the top of Walker’s fountain, recast as a priestess from Afro-Brazilian and Caribbean religions. Her scalloped shell becomes a smaller second sculpture located in front of the Turbine Hall bridge, in which the face of a crying boy emerges from a pool of water, filling the shell with his tears.

The full title of the work is painted on the Turbine Hall wall, written in Walker’s own words. Encouraging visitors to confront a history often overlooked in Britain, she presents the artwork as a ‘gift ... to the heart of an Empire that redirected the fates of the world’. She has signed the work ‘Kara Walker, NTY’, or ‘Not Titled Yet’, in a play on British honours awards such as ‘OBE’ (Order of the British Empire).