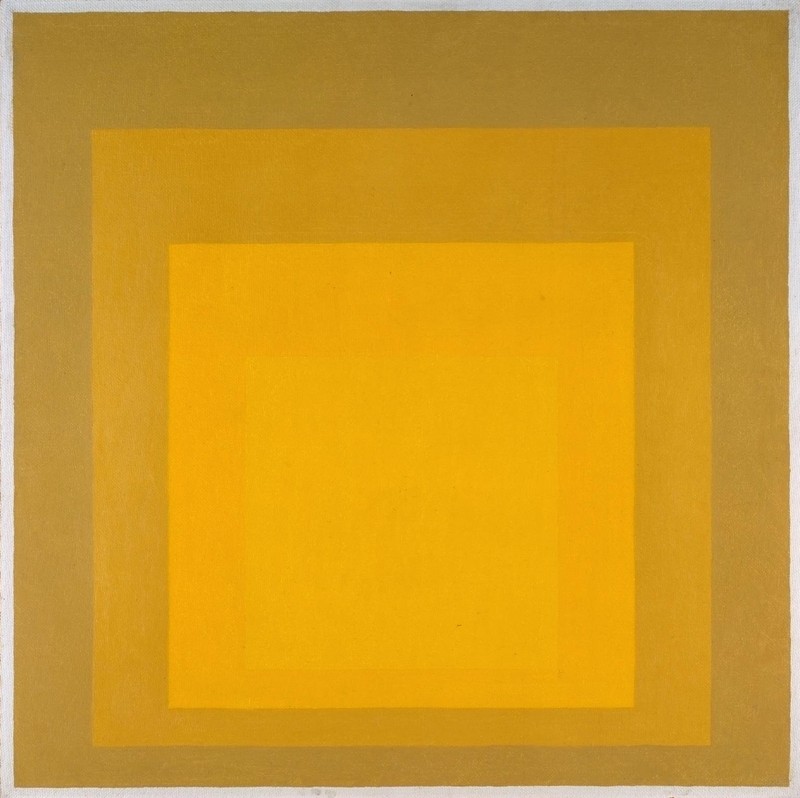 During the 1960s a number of artists began to make distinctive and original work which appeared to share an aesthetic sensibility remarkable for its austerity and restraint.

Advocating total abstraction, the artists associated with minimalism believed that a work of art should be an independent object in the world. Rather than imitating, symbolising or embodying something else, it should be defined by its evident physical characteristics: materials, form and scale, and structural principles. The real-time experience of the viewer, physically present in the space occupied by the work, was also central to its meaning. While each of the artists included here had their own distinctive approach (and developed a much wider practice), the works in this room may be characterised by the spare rigour of their forms, an emphasis on geometry and mathematics, and essential qualities such as weight and surface.
Minimal artists consciously distanced themselves from an earlier generation of post-war painters and sculptors, whose highly expressive approach emphasised the presence of the artist in the making of the work. Instead they favoured impersonal industrial materials and processes of fabrication based on concepts of mass production. Although principally associated with work in three dimensions, related concerns were explored in paintings such as the all-over grids of Agnes Martin or Jo Baer’s experiments with the optical effects of colour.

In its desire for an autonomous art, minimalism has its roots in early twentieth-century experiments in abstraction, particularly Russian constructivism. Crucially important to the development of conceptual and process art and contributing to the evolution of installation practices, minimalism occupies a pivotal position in the complex reorientation of art from modernism to post-modernism.