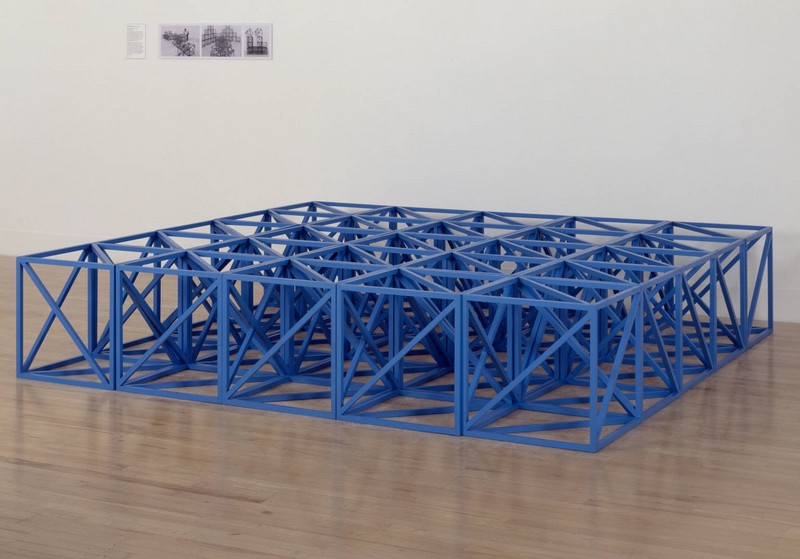 Rasheed Araeen’s dynamic work Zero to Infinity 1968 / 2007, consists of one hundred uniform lattice-construction cubes, initially arranged in a ten by ten grid. Invited guests were encouraged by the artist to move the units in the gallery around, disrupting the uniform display to leave the cubes in a more complex and spontaneous arrangement. The new configuration of the cubes is shown alongside photographs documenting their movement. This manipulation of the elements carries the implication of infinite variation and challenges the idea of the artwork as a fixed object conceived by a single individual.
www.tate.org.uk/modern