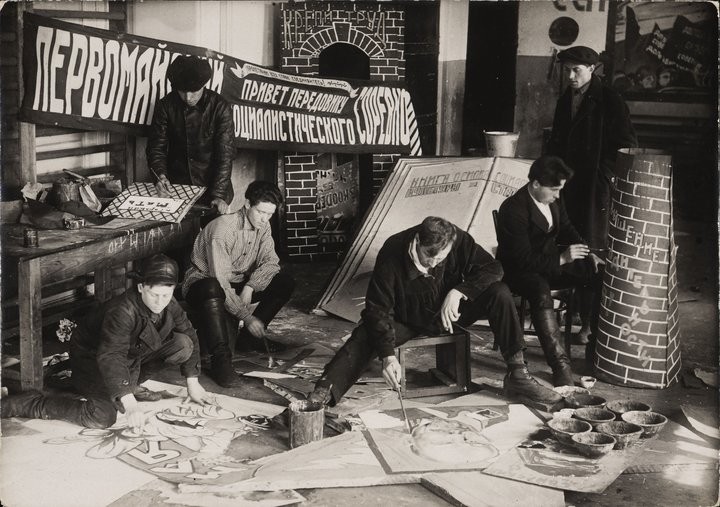 Photographer Unknown, Preparing for May Day in the Railway Workers' Club 1929. Purchased 2016. The David King Collection at Tate 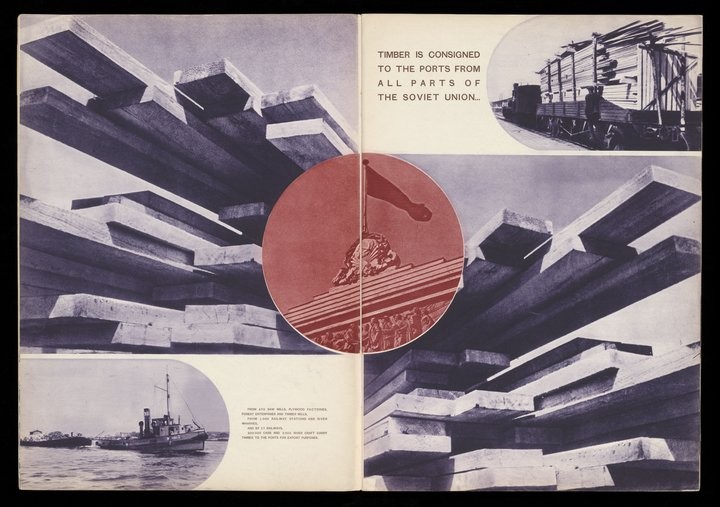 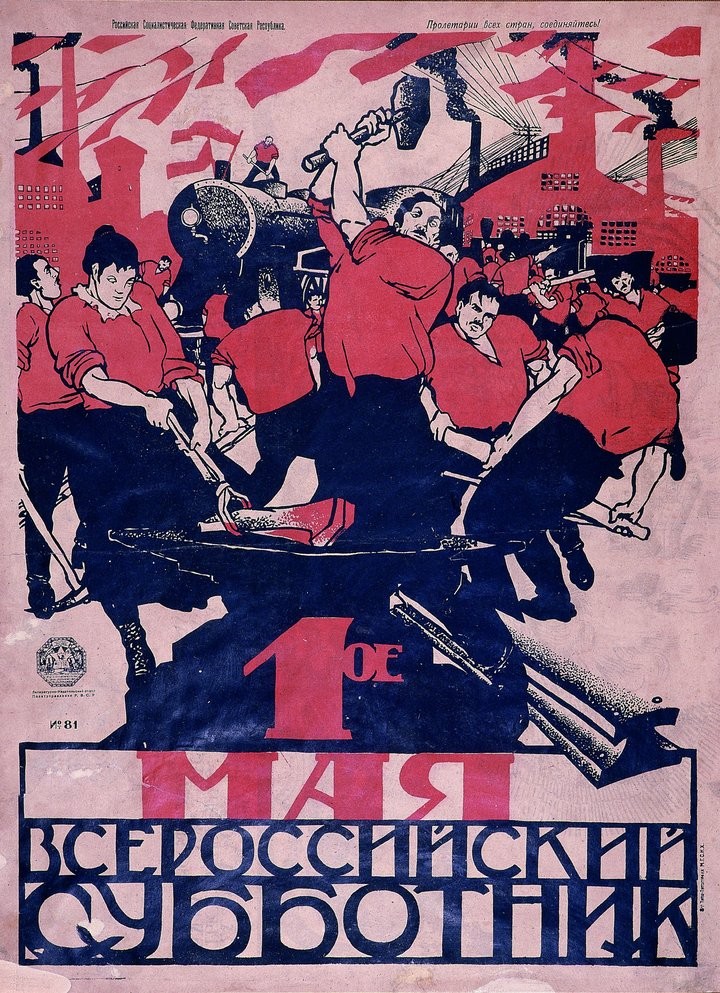 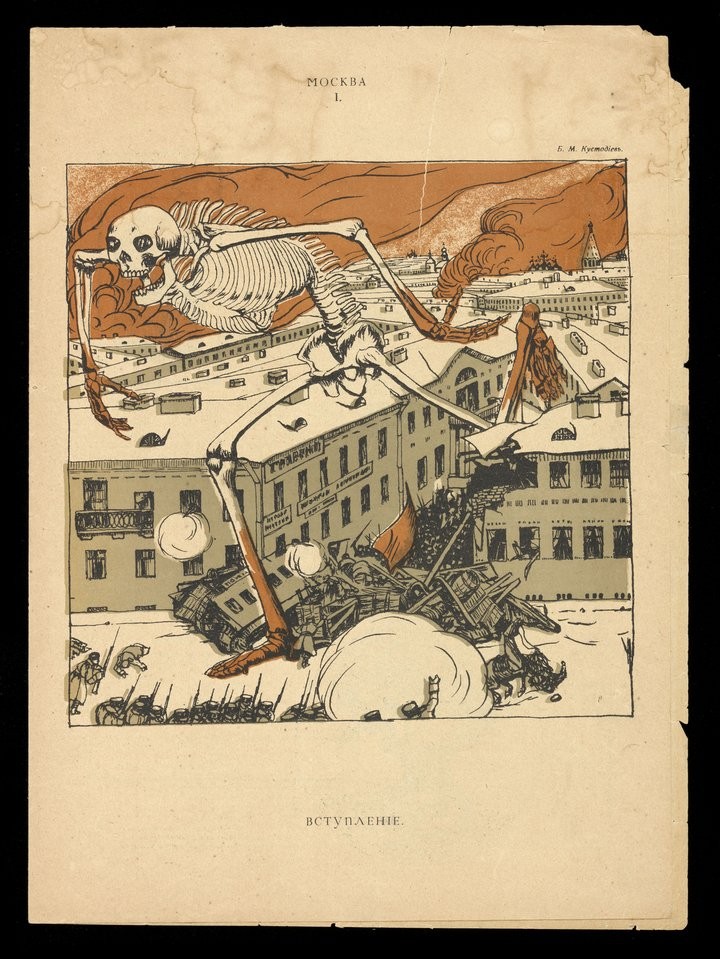 Boris Kustodiev, Moscow I: Entry. Published in Bugbear Magazine, No. 2 1905. Purchased 2016. The David King Collection at Tate
A dramatic visual history of Russia and the Soviet Union from 1905 to the death of Stalin – seen through the eyes of artists, designers and photographers

The core of this exhibition comes from the extraordinary collection of photographer and graphic designer David King (1943–2016). He started his collection of over 250,000 items relating to this period while working for The Sunday Times Magazine in the 1970s. The collection was acquired by Tate in 2016.

This show is an opportunity to see the rare propaganda posters, prints and photographs collected by King – some bearing traces of state censorship. Including work by El Lissitzky, Gustav Klutsis, Dmitri Moor, Aleksandr Deineka, Nina Vatolina and Yevgeny Khaldei, it is a thrilling journey through a momentous period in world history.
www.tate.org.uk/modern