An Urban History of Photography 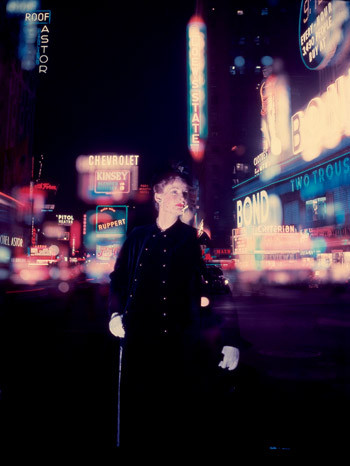 Norman Parkinson
Wenda, Times Square, NYC, September 1949
© courtesy Norman Parkinson Archive, London
Street & Studio is a magnificent exhibition of international photography. It presents a fascinating history of photographic portraiture taken on the street or in the photographer’s studio, looking at the differences between these two key locations in which photographers work. Street & Studio brings out the contrast between the photos taken in the carefully orchestrated studio, and images captured in the changing and uncontrollable street, whilst highlighting the crossovers between the genres and their influence on each other.